Our mind has always been a mystery to mankind. Although scientists and biologists are trying hard to understand it, but we are still far from creating an AI (Artificial intelligence) which has ‘common sense’. However we have created many things and instruments which can be controlled through our mind to some extent. Today we are sharing this project in which you can instruct Arduino from your mind by wearing a ‘Headset’. Geva Patz built this project as Mind Controlled Paramecium, in which you can move the ‘Paramecium’ in any direction, just by concentrate your mind. 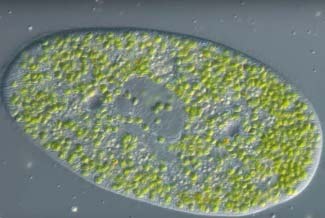 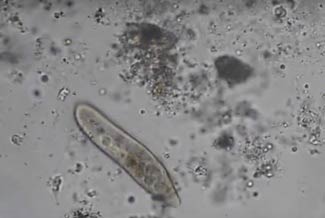 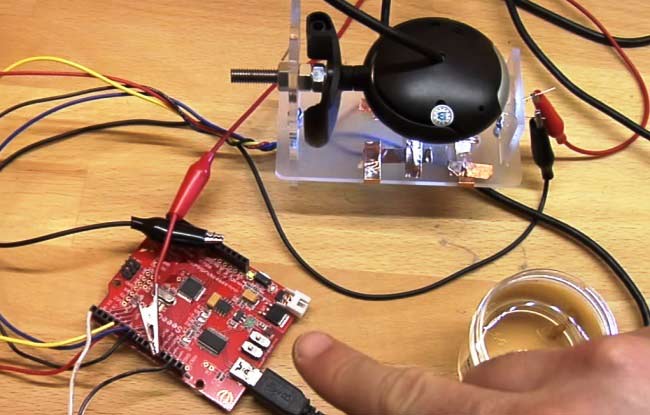 Paramecium is a single cell fresh water organism which has a slipper-like shape and is covered with cilia. They have tendency to respond to an electric field and orient themselves towards the Cathode. So Geva created a Laser Cut stand for this project with a small ‘well’ for putting in these Paramecium and surrounded them by four Graphite Electrodes (Pencil leads). These four electrodes have been connected to four I/O pins of Arduino through wires. And then Arduino is used to generate the electric Field by passing current through a pair of Electrodes, which makes Paramecia to move towards Cathode. It’s a great thrill to watch some living organism moving just by concentrating your mind, check the Video at the end.

Now, how Arduino conducts the pair of electrodes, is controlled by our Mind. Geva used a Brain sensor from this Kids toy which contains a Neurosky EEG processing ASIC. Electroencephalography (EEG) is used to record electrical activity of brain by measuring the voltage fluctuation in neurones within the brain. So Geva hacked this headset from this Minflex Game, and connected its output to the Arduino, basically we just need to solder two wire in the headset for Arduino’s Rx and Ground, here is the full procedure to hack Mindflex Headset for controlling Arduino.

Now this headset provides a “attention” value which is the measure of our concentration and focus and when this attention value exceeds the threshold value (defined in Arduino code), then Arduino conducts Electrodes by making the respective Pins HIGH and Paramicia start moving upwards. For now it only works in one direction (up) but with more sophisticated Sensor and proper Code, we can move them in any direction. Geva provided the Arduino Sketches and SVG files (for laser cut Stand) here. This also contains the Arduino code to move this organism in any direction using a Joy stick.

Geva created a beautiful Laser cut stand for this setup and fitted a 10 megapixels web camera on it to see the Paramicia moving on the computer screen. He used copper tapes to connect the electrodes to wires to the Arduino. Check step by step procedure to make this Mind Control Paramicia in its Projects page with all the needed components.

You can further make more creative things by controlling the Arduino through your brain by using that EEG headset. Like you can turn on any device by concentrating your mind or make a LED equaliser which indicates your level of Concentration. 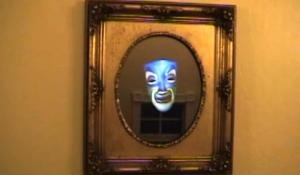 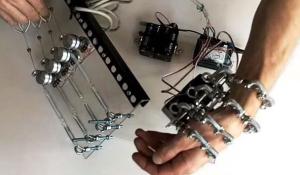 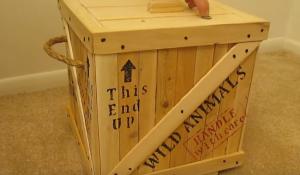 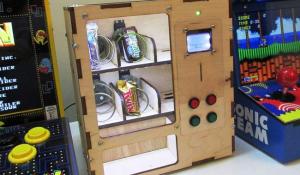 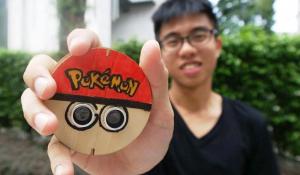 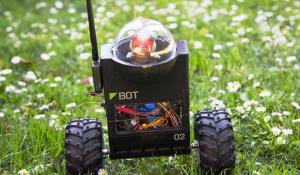 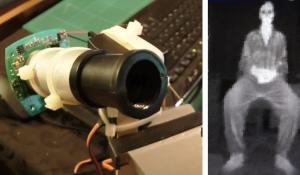 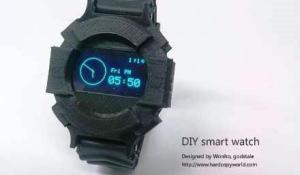