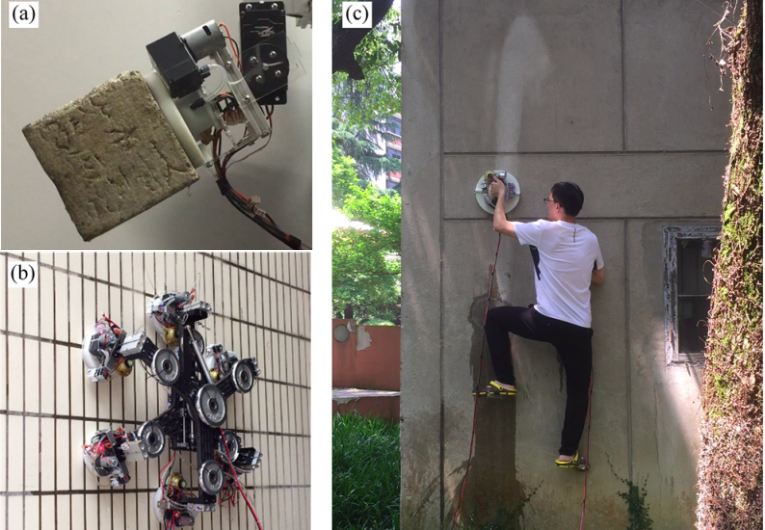 The conventional suction methods struggle to maintain suction/pulling force on rough surfaces due to vacuum leakage thereby leading to suction failure. The new technique uses a high-speed rotating water ring between the surface and the device's suction cup, which creates a centrifugal force for gripping rough surfaces. The centrifugal force of the rotating water cancels out the pressure difference at the boundary of the vacuum zone and the surface, preventing vacuum leakage. 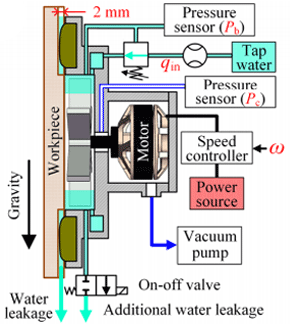 As shown above, a flowmeter is used to detect the inlet water flow rate. The water in the vacuum chamber leaks through either the radial grooves or the additional flow path controlled by the on-off valve. The power of the vacuum pump can be adjusted, so speed can be changed. The speed controller can control the rotating speed to the demanded value. The transient rotating speed can be read from the speed controller. More details can be found in the Vacuum suction unit based on the zero pressure difference method article published on the Physics of fluids.

In the future, the researchers aim to cut down the water consumption so that suction unit works with a small quantity of water for a long time and the wall-climbing robots can carry their water instead of relying on connected water supply.