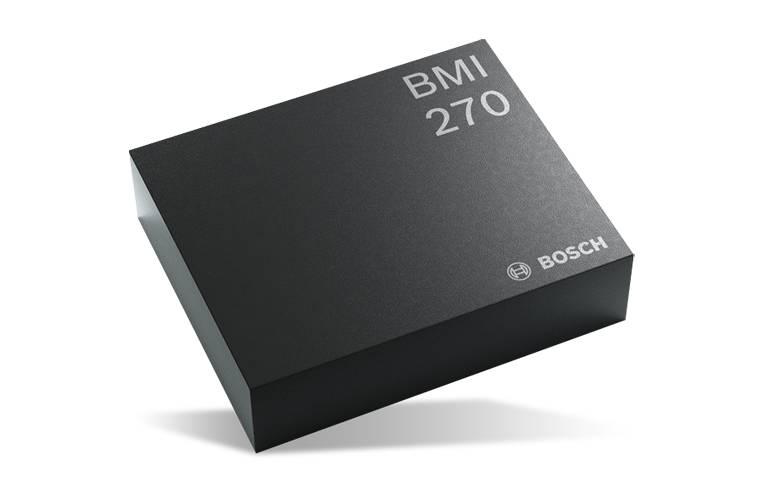 The Bosch BMI270 IMU incorporates a 16-bit triaxial gyroscope and 16-bit triaxial accelerometer in two application-specific versions. The “gesture” version, designed for Wear OS by Google™,  allows users to navigate the device using wrist gestures such as flick in/out, arm up/down, and wrist tilt. The “context and activity” version has advanced features for recognizing context activity and activity change such as standing, walking, and being in a vehicle. The IMU features the industry’s first self-calibrating gyroscope using Bosch’s unique and motionless Component Re-Trimming (CRT) feature, which compensates for MEMS soldering drifts and saves OEMs time and costs during testing and manufacturing.

The BMI270 device extends system battery life by handling multiple activity tracking, step counting, and gesture recognition functions independently of the main system processor, without having to wake it up. These processor-independent functions include tasks such as sending an interrupt when a certain number of steps is reached, or geofencing to activate GPS when the user stands and begins walking. Through the device’s intelligent power management system, powerful and accurate gesture and activity recognition features run in the ultra-low-power domain, with a current consumption of just 30 μA.