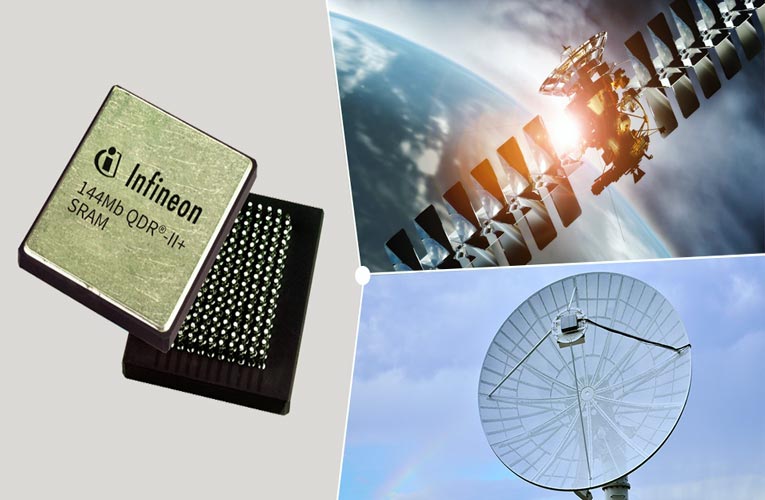 Originally developed as an industrial networking memory, the rad-hard 144-Mb QDR-II+ SRAM is used as a baseline design for rad-hard memory employing the RadStop technology. It operates up to a maximum frequency of 250 MHz, delivering up to 36 Gbps throughput in a 165-ball Ceramic Column Grid Array (CCGA) package.

The device is rad-hard for up to 200 krad(Si) and is latch-up immune, improving system reliability in harsh environments. This radiation-hardened (rad-hard) 144-Mb QDR-II+ SRAM is certified to the DLA Qualified Manufacturers List Class V (QML-V) which is the high quality and reliability standard certification for aerospace-grade ICs.

The new 144-Mb QDR-II+ SRAM unlike DRAM with higher latency and memory bank restrictions reduces the overall system complexity in radar and imaging applications by delivering the high performance that enables on-system satellite image processing with better resolution and faster processing speeds. The 144-Mb QDR-II+ SRAM is currently available from the company website in  x18 or x36 bus-width configurations and with on-die-termination in a 2 or 4-word burst mode for design flexibility.