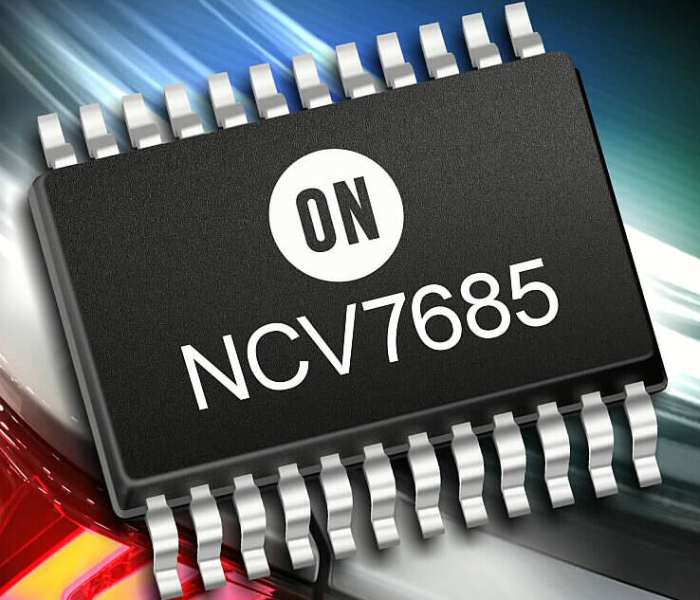 ON Semiconductors has introduced a new family of four devices that can provide better performance and innovative functionalities for interior and exterior automotive lighting. Aiming specifically at low power solid-state lighting, the new family consists of two LED drivers (NCV7683 and NCV7685) and two current controllers(NCV7691 and NCV7692). To ensure improved road safety, the automakers are now going for sophisticated systems that incorporate movement and variable intensity within rear combination lamps (RCLs), turn signals, fog lamps, and other externally modulated LED clusters to give clearer and highly visible warnings to other road users.

The NCV7685 and NCV7683 integrate twelve and eight linear programmable current sources respectively, this allows us to drive multiple strings of LEDs with up to 100mA per channel. The devices provide an array of configurability options, including daisy-chaining, illumination level control, current regulation, sequencing functionality, and channel combination. The NCV7685 incorporates an 8-bit I2C interface with CRC8 error detection for individual output current adjustment via pulse width modulation (PWM). A dedicated diagnostic pin is available for advanced diagnostics such as detection of an open LED string or under-voltage condition, and more. NCV7685 can be easily powered with a DC-DC controller and/or LDO voltage regulator.

The regulated wide current range of NCV7691 can drive LEDs in one or multiple strings with only an external NPN bipolar transistor and a feedback resistor. The Driver allows us to add single to multichannel systems and supports a dimming function via its PWM input. NCV7691 comes with open string, short circuit, and thermal shutdown, ensuring safe and reliable operation of essential lighting. The derivative NCV7692 offers a faster response time and a reduced threshold for open load detection.

More information about the LED drivers (NCV7683 and NCV7685) and current controllers (NCV7691 and NCV7692) can be found on the official website of ON Semiconductors.