Toshiba has added new Arm Cortex-M4 Microcontrollers to its TXZ4A+ series. The mass production of 12 new devices in the M4K group for motor control as first products in the TXZ+ family advanced class has already started and the company plans to start the mass production of 10 products in the M4M group next month. These new products that have lately been added to the M4K and M4M groups of microcontrollers will be available in a 40nm process.

The new devices in the M4K group and  M4M group run up to 160MHz, and integrate motor control circuit A-PMD (advance-programmable motor driver), 32-bit encoder A-ENC (advanced-encoder) and vector engine A-VE+ (advanced vector engine plus). The devices can be used in AC motor, brushless DC motor and various inverter controls with a maximum of three units of high-speed and high-resolution 12-bit analog/digital converters.

The customers will get documentations, sample software with example of actual usage, evaluation boards and driver software which control interfaces for each peripheral as the part of shipment. Additionally, a development environment is also provided to support various needs in cooperation with global Arm ecosystem partners. 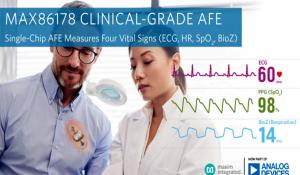