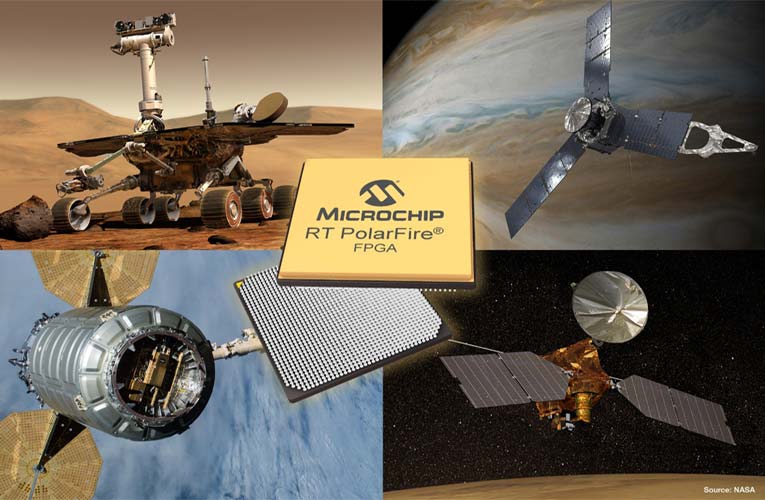 Microchip Technology has announced its low-Power Radiation Tolerant FPGAs (PolarFire RTPF500T) in engineering silicon to be available for the designers working on space-qualified hardware prototypes. The company is qualifying its RT PolarFire FPGAs to Mil-Std 883 Class B, QML Class Q, and QML Class V, which is the highest qualification and screening standard for monolithic integrated circuits in space.

The availability of these devices in engineering silicon will enable the designers to create hardware prototypes with the same electrical and mechanical performance that the space-qualified RT PolarFire FPGAs can provide for high-bandwidth on-orbit processing systems with industry-low power consumption and the ability to withstand radiation effects in space. These RT PolarFire FPGAs are designed to survive a rocket launch and meet demanding performance needs in space. They are suitable to be used in various applications that require high levels of operating performance and density, low heat dissipation, low power consumption, and low system-level costs. High-resolution passive and active imaging, precision remote scientific measurement, multi-spectral, and hyper-spectral imaging, and object detection and recognition using neural networks are some applications where the RT PolarFire FPGAs can be used.