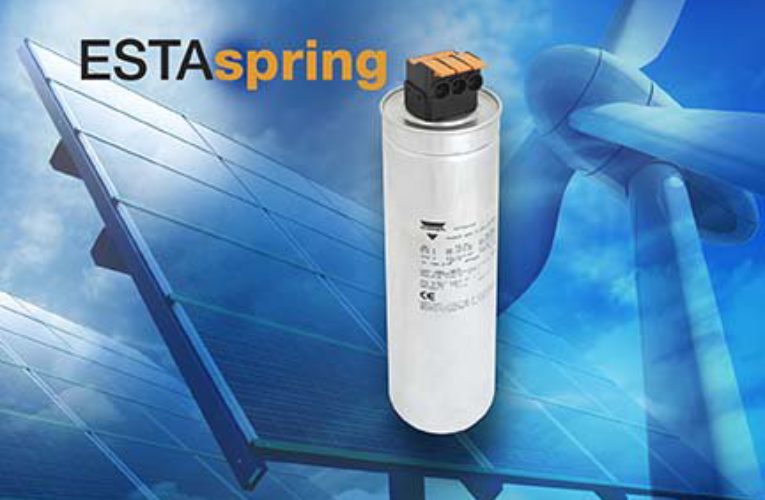 The ESTAspring connection of the PhMKP series is completely screwless competing the most tubular power capacitors available which features an IP20 terminal block with a screw connection. This significantly, enables a faster and easier connection along with highest level of contact reliability with continuous contact force over the device’s entire lifetime. This makes it ideal for applications which are prone to loose connections.

The devices offer a stainless-steel spring making it corrosion-proof and available in oil-filled and dry gas-filled versions. The phMKP series devices are RoHS-compliant, halogen-free, UL- and cUL-approved, and Vishay Green. The samples and production quantities of PhMKP series are available now with lead times of 10 weeks.