FDA Approved a Robotic Exoskeleton That Augments your Strength 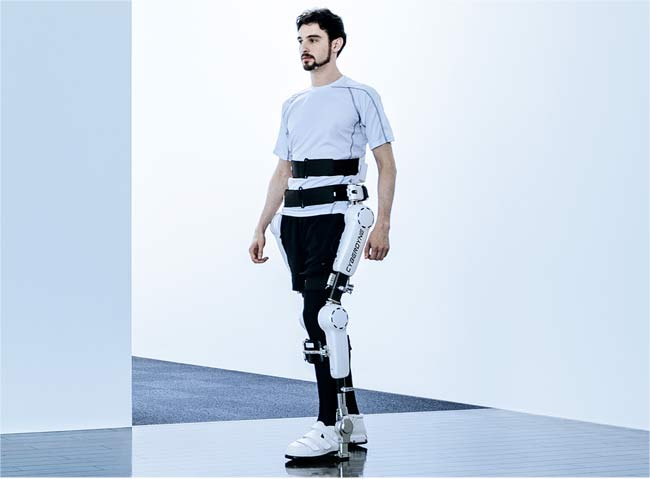 Japanese Robotics Company Cyberdyne got approval from the U.S. Food and Drug Administration (FDA) for Hybrid Assisted Limb or HAL.

HAL is a walking robot band with your legs and sensor of HAL sense the bioelectric signal sent from the human brain to the legs muscles and helps you in walking & enhance your strength and stability.

Medical Use of HAL

The HAL is ready to use for the amputee of United States, to make a change in their life. It’s only available through licensed medical facilities only. The sensors inside it detect the bioelectric signals of brain and fed to the robotic exoskeleton called HAL, the accuracy of HAL sensors helps in make pair with the movement of another leg (or intended movement). HAL is made or designed for the people with lower limb disabilities and help to restore their independence for the same.

There are different exoskeleton technologies available on the market. But the voluntary movement and autonomous functionality make HAL better than the available technologies. It works with the wearer’s nervous system to “know” when and how to move with an intended movement.

In few months, the Cybernetic treatment center is going to setup in Jacksonville, Florida. But for now it’s available to the patients only via a medical version of HAL. If the approval for non-medical version is approved then it will available to anyone. HAL also supports itself while being weared by the disabled person. Means there is no extra stress on the operator while operating HAL.