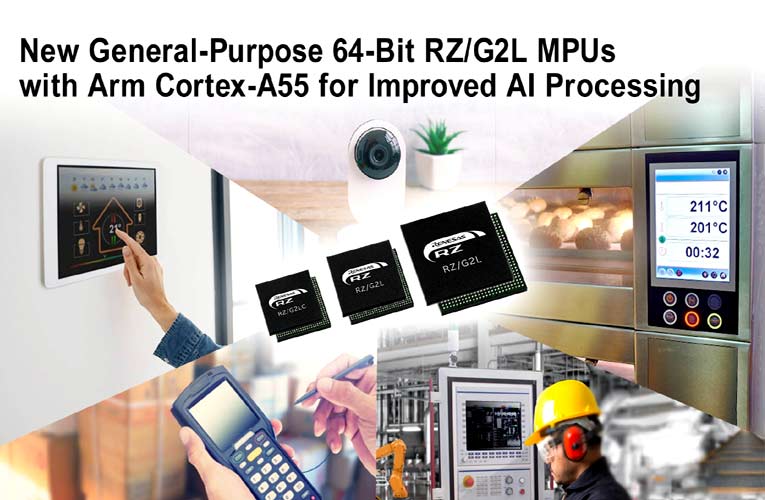 Additionally, these MPUs feature the Cortex-M33 core which enables them to perform real-time processing for sensor data collection without the need for external microcontrollers (MCUs) thereby reducing the overall system cost.  The new microprocessors feature error checking and correction (ECC) protection for both on-chip memory and external DDR memory. Support for security functions make these MPUs suitable to be used in industrial applications requiring high reliability and extended service life, thereby speeding up the time-to-market.

Key features of the RZ/G2L Microprocessors

Sample shipments of the new MPUs have already started with mass production scheduled to commence sequentially from August this year. Renesas is accepting reservations for an evaluation board that will allow customers to get an early start evaluating applications for RZ/G2L Group MPUs. Besides, the reference designs (circuit diagrams and board layout data) are also available. The company is currently developing power management IC (PMIC) products optimized for the RZ/G2L Group, and are scheduled for release later in 2021.