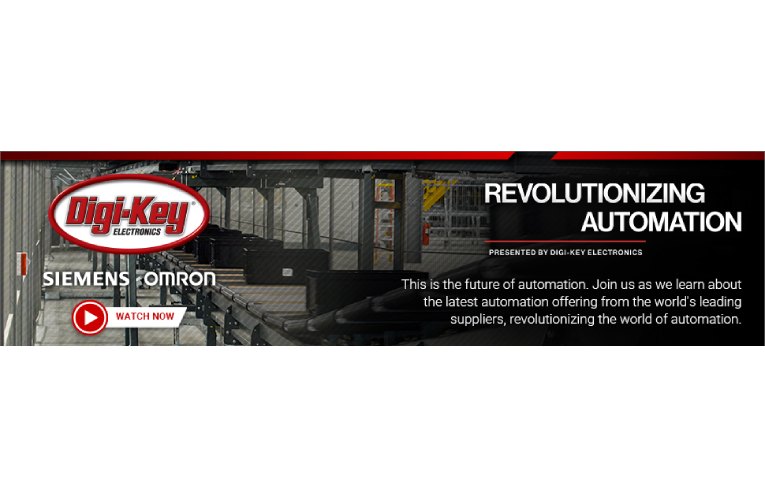 Digi-Key Electronics has launched a new video series “Revolutionizing Automation” that explores cutting-edge automation and control technologies. Sponsored by Omron and Siemens, this four-part video series highlights how Digi-Key processes over 5.3 million orders annually with an efficient and effective supply chain enabled by the world’s leading suppliers that are revolutionizing automation and control solutions including sensors, motors and controllers, robotics, connectors, power, RFID and more.

The first video in the series, “Totally Integrated Automation,” is currently live on Digi-Key’s website. The episode showcases conversations with leaders at Siemens about the building blocks of Totally Integrated Automation Portal (TIA Portal) that are now available to Digi-Key customers. The next episode, “Robotics and Machinery,” offers a look at how Digi-Key is utilizing new robotics technologies from Omron, and others, to automate tasks throughout the Digi-Key warehouse. The video will be released in early April.

In late April, the third episode entitled “Inventory Management and Sorting,” focuses on the Siemens products that are empowering the management of Digi-Key’s new facility, a hub of automation solutions that manage one of the largest electronics catalogs in the industry. The fourth and final video in the series is called “Efficiency and Worker Safety” and will be launched in May, highlighting the many ways Omron’s automation solutions streamline routine tasks to keep workers safe.