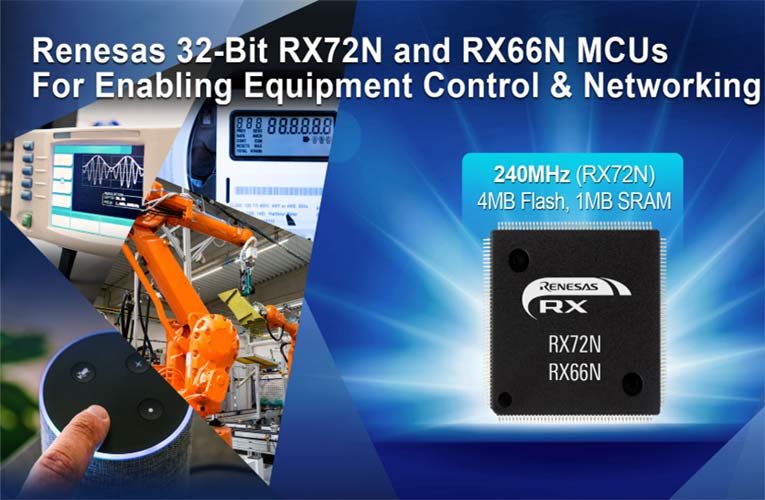 The new RX72N and RX66N provides up to 4MB of on-chip flash memory that performs read operations at a frequency of 120MHz among the industry and has a 1MB of on-chip SRAM. They have pin count packages ranging up to 224 pins, including a maximum of 182 general-purpose input/output (GPIO) ports. The single-chip implementation of the device helps in reducing the component mounting area on the circuit board for the small form factor.

The ample on-chip memory of the devices eliminates the need for external memory, which has slower read speeds and makes it possible to extract the full performance capacity of the CPU. The large memory capacity of the device supports high-resolution graphics support, such as WVGA, on a single chip, which was not possible on earlier general-purpose MCUs. The Arithmetic unit for trigonometric functions (sin, cos, arctan, hypot; RX72N only) accelerates the motor vector control and a register bank save function of the devices decreases the interrupt response time.