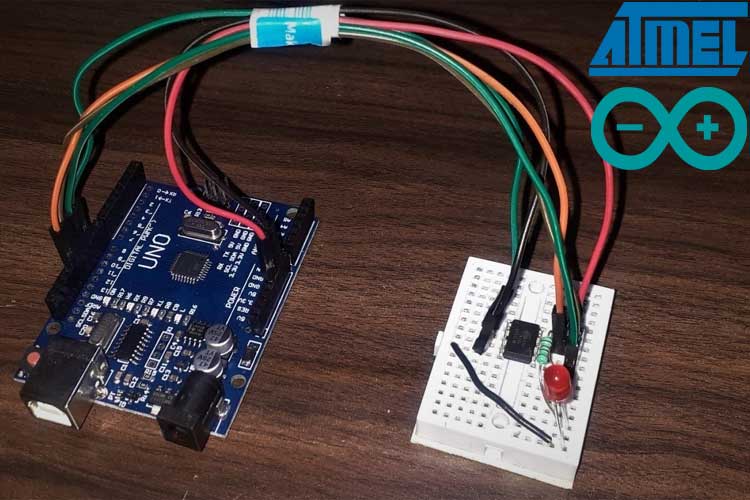 ATtiny85 Microcontroller Chip is an affordable and powerful alternative to other Arduino microcontrollers, especially when you want to shrink your project down. The chip features 8 pins out of which six are I/O (Including Reset) pins and two are power pins. But how do you program it as it doesn’t have a USB interface like other microcontroller boards? So in this article, I will walk you through the process of programming the ATtiny85 from the Arduino IDE with the help of the Arduino Uno. Basically, we will be using the Arduino UNO as the ATtiny85 programmer.

Most of the I/O pins of the chip have more than one function. Check out the table given below to know about the ATtiny85 pin description for each pin.

Since ATtiny85 is just a microcontroller, it requires an ISP (In-System Programming) to be programmed. So to program the ATtiny85, we need to first configure Arduino Uno as ISP to act as a programmer for the ATtiny85. For that, connect the Arduino Uno to Laptop and open the Arduino IDE. After that, navigate to File > Example > ArduinoISP and upload the Arduino ISP code. 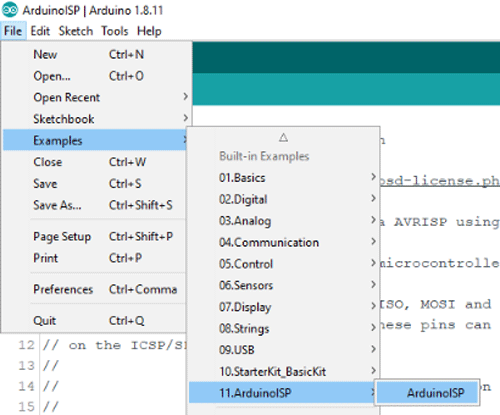 The complete schematic for Programming ATtiny85 with Arduino Uno is given below: 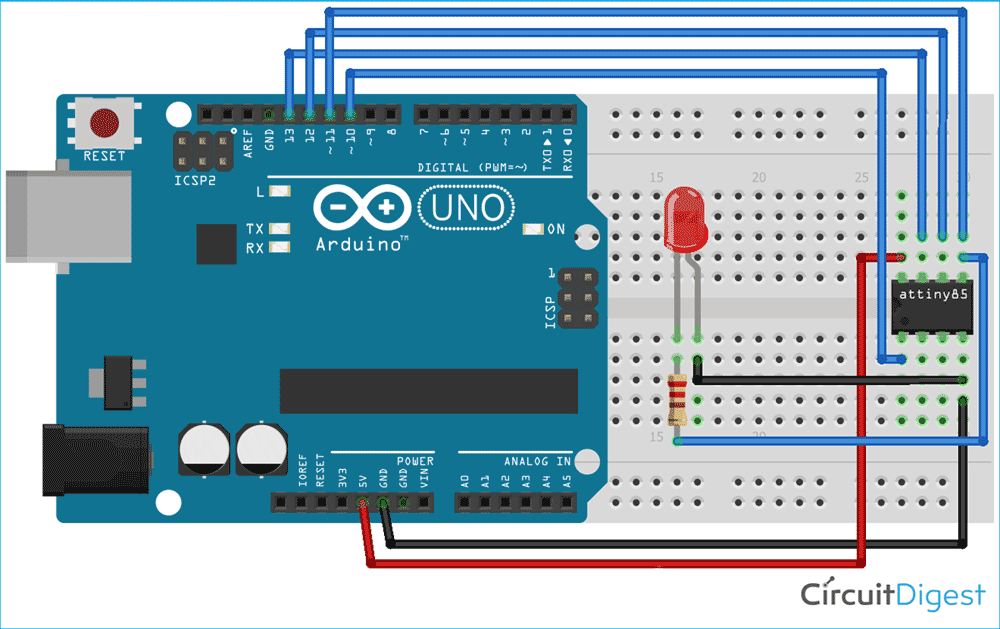 The positive pin of LED is connected to Pin 0 of the ATtiny85 IC through a 220Ω resistor while the GND pin is connected to the GND of IC. The complete connections are given in the table below: 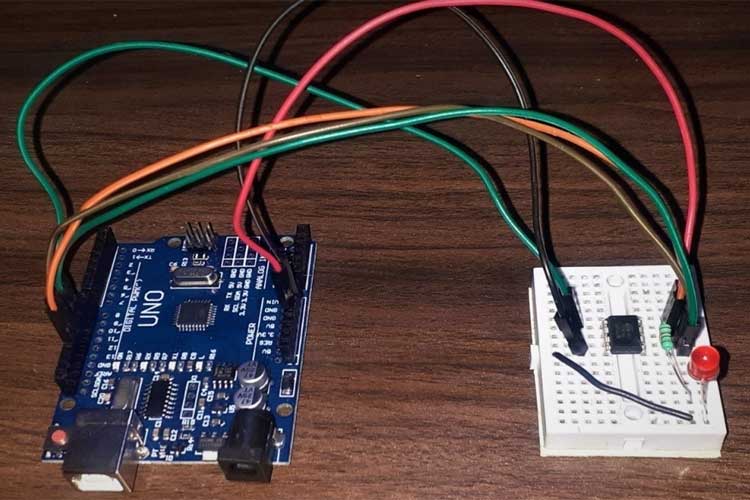 To program the ATtiny85 with Arduino IDE, first, we need to add the ATtiny85 Support to Arduino IDE. For that, go to File > Preferences and add the below link in the Additional Boards Manager URLs and click ‘OK.’ 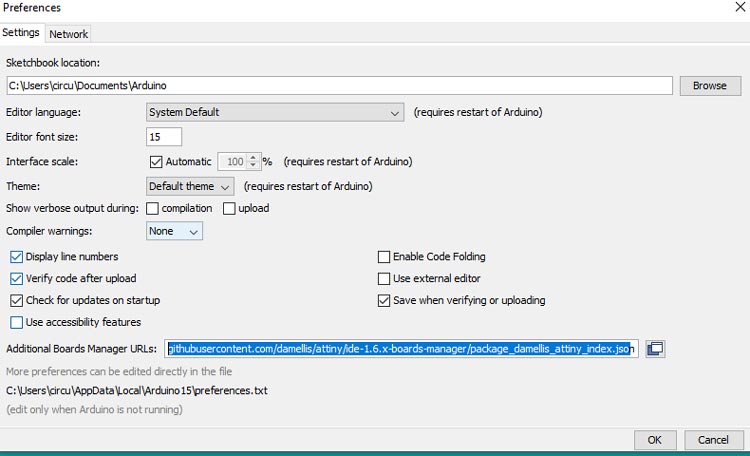 After that, go to Tools > Board > Board Manager and search for ‘attiny’ and install the latest version. 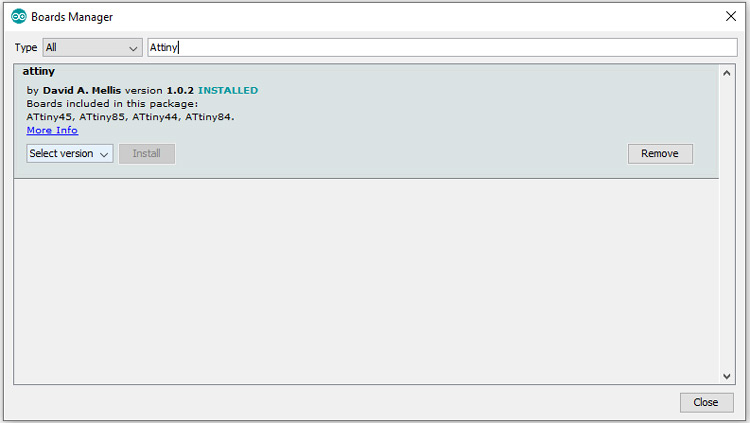 After installing it, now you would be able to see a new entry in the Board menu titled 'Attiny25/45/85'. 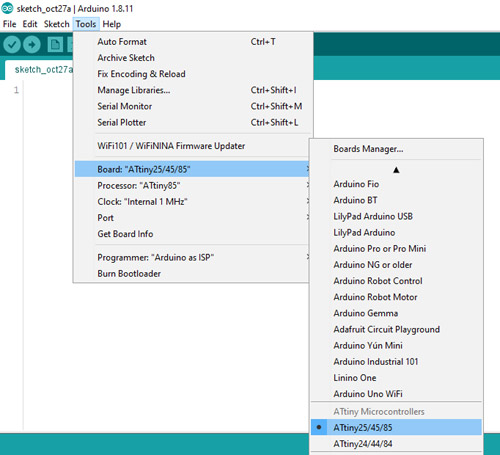 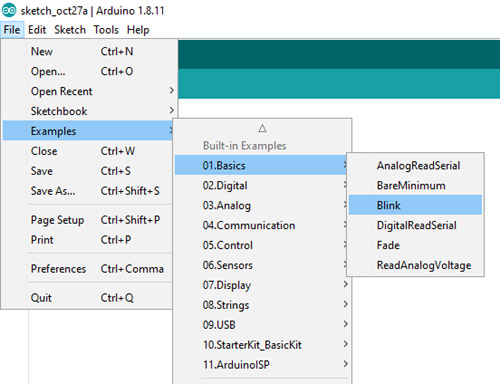 Change the pin number there from LED_BUILTIN to 0. 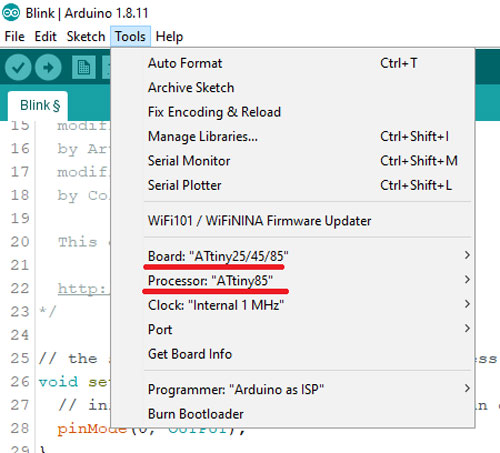 Now, go ahead and upload the code. If the LED connected to Pin 0 of Attiny85 IC blinks, then the code is uploaded successfully.

This is how you can program the ATtiny85 Microcontroller Chip using Arduino IDE and Arduino Uno. A working video is given below. If you have any questions, leave them in the comment section. You can also post your technical queries on our Electronics Forum to get better insights.