Working of this project is easily understandable. When we press any button of IR Remote then remote sends a code in form of train of encoded pulses using 38Khz modulating frequency. These pulses are received by TSOP1738 sensor and read by Arduino and then Arduino decodes received train of pulse into a hex value and compares that decoded value with the predefined hex value of the pressed button. If any match occurs then Arduino perform relative operation and the corresponding result is also displayed on 16x2 LCD by using appropriate commands. Here in this project we have used 3 bulbs of different colors, for demonstration which indicates Fan, Light and TV.

There are many types of IR Remote are available for different device but most of them are worked on around 38KHz Frequency signal. Here in this project we control home appliances using IR TV remote. For detecting IR remote signal, we use TSOP1738 IR Receiver. This TSOP1738 sensor can sense 38Khz Frequency signal. The working of IR remote and the TSOP1738 can be covered in detail in this article: IR Transmitter and Receiver 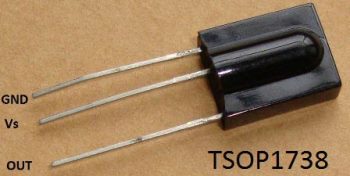 Here in this project we have used 7, 8 and 9 number button of IR remote, for controlling Fan, Light and TV respectively and ON/OFF button (Power button) is used for turning ON and OFF all the appliances simultaneously.

Here we have used toggle [EVEN ODD] method for ON and OFF the single home appliance. Toggle method is nothing but to get that whether the button is pressed even no of times or the odd no of times. This is found by getting the reminder after dividing it by 2 (i%2), if there is some reminder then device will be turned ON and if reminder is 0 then it will be turned OFF. Suppose Key 7 is pressed on the remote then remote sends a signal to Arduino through TSOP IR Receiver. Then Arduino decode it and store the decoded value into the results variable. Now results variable has a hex value 0x1FE00FF, after matching it with the predefined hex value of key 7 (see above image), Arduino turns ON the Fan. Now when we press the same key (key 7) again then IR sends the same code. Arduino gets same code and matched with same code like before but this time Fan turned OFF because of toggling the bit [EVEN ODD] (i%2).

Here is a list of a DVD NEC type Remote decoded output codes: 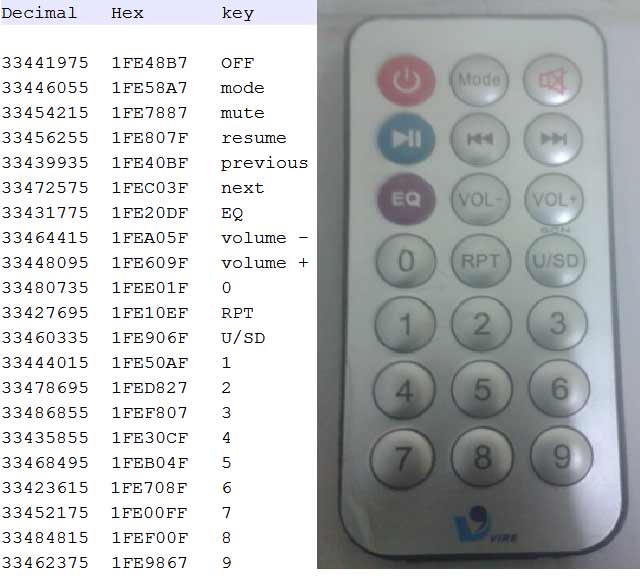 If you don’t know the Decoded output for your IR remote, it can be easily found, just follow these steps:

The above program is taken from IRremote library’s ‘examples’ folder, you can check out more examples to learn more about using the IR remote. So that’s how we decoded the IR remote output.

In programming part of this project First of all in programming we includes library for IR remote which is easily available at Google. And define pin and declare variables.

And then include a header for liquid crystal display and then we defines data and control pins for LCD and home appliances.

After it we need to initialize the LCD and give direction of pin that are used for fan , light and TV.

As already explained, below part of the code is used to compare the received hex value to already defined hex code of that button. If it matched then a relative operation is performed by using appropriate functions that are given in code. 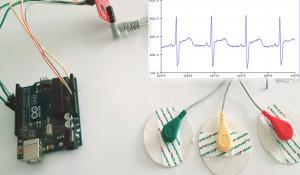