Fitness bands are getting very popular nowadays, which not only counts the footsteps but also tracks your calories burned, display heartbeat rate, showtime and many more. And these IoT devices are synced with the cloud so that you can easily get all the history of your physical activity on a smartphone. We have also built an IoT Based Patient Monitoring System where the critical data have been sent to ThingSpeak to be monitored from anywhere.

Pedometers are the devices that only used to count footsteps. So in this tutorial, we are going to build an easy and cheap DIY Pedometer using Arduino and accelerometer. This Pedometer will count the number of footsteps and display them on a 16x2 LCD module. This pedometer can be integrated with this Arduino Smart Watch. 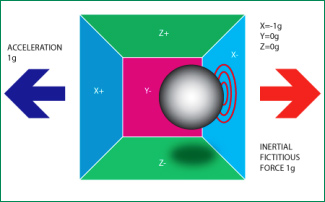 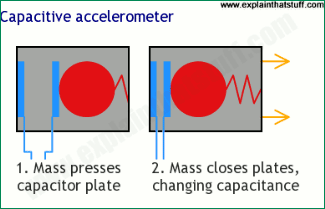 Circuit Diagram for Arduino Accelerometer Step Counter is given below.

We first built this Pedometer using Arduino setup on a breadboard 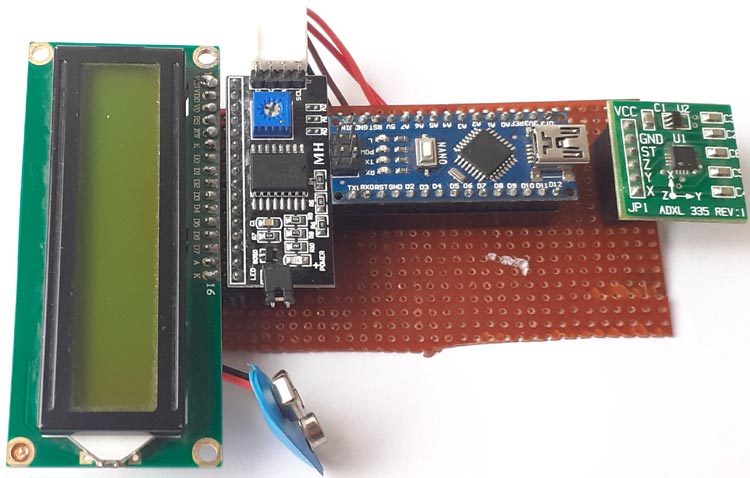 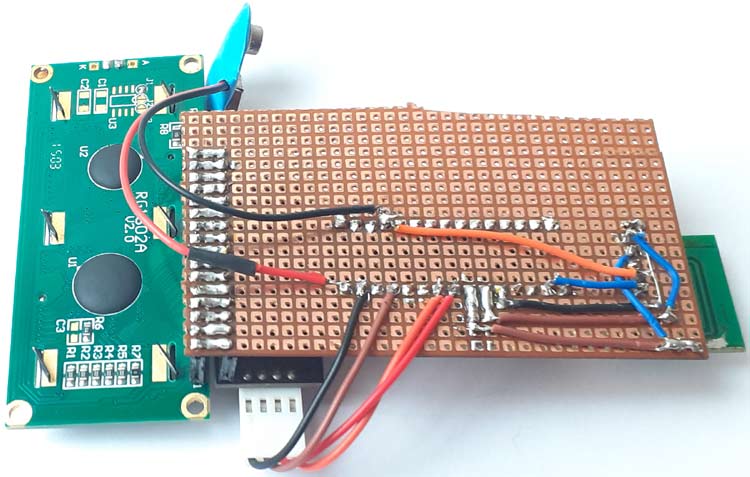 A pedometer calculates the total no of steps taken by a person using the three components of motion that are forward, vertical, and side. The pedometer system uses an accelerometer to get these values. Accelerometer continuously updates the maximum and minimum values of the 3-axis acceleration after every defined no. of samples. The average value of these 3-axis (Max + Min)/2, is called the dynamic threshold level, and this threshold value is used to decide whether the step is taken or not.

Now let me give you a quick walkthrough of the working of this Arduino Pedometer: 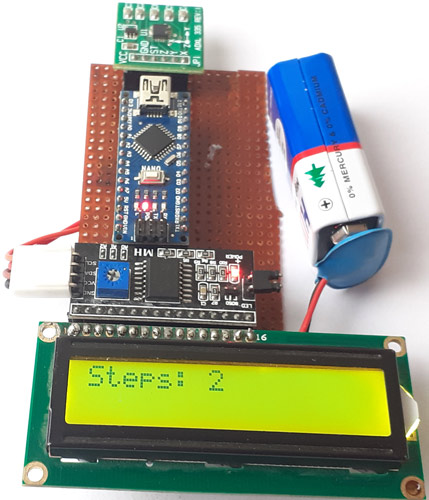 The complete Arduino Step Counter Code is given at the end of this document. Here we are explaining some important snippets of this code.

As usual, start the code by including all the required libraries. ADXL335 accelerometer does not require any library as it gives an analog output.

After that, define the Arduino Pins, where the accelerometer is connected.

Inside the void setup, function calibrates the system when it is powered.

Inside the void loop function, it will read the X, Y and Z-axis values for 100 samples.

After getting the 3-axis values, calculate the total acceleration vector by taking the square root of X, Y, and Z-axis values.

Then calculate the average of the maximum and minimum acceleration vector values.

If the average is greater than the threshold but the flag is raised, then do nothing.

If the total average is less than threshold and flag is raised, then put the flag down.

Print the number of steps on serial monitor and LCD.

Once your hardware and code are ready, connect the Arduino to the laptop and upload the code. Now take the pedometer setup in your hands and start walking step by step, it should display the number of steps on LCD. Sometimes it increases the number of steps when pedometer vibrates very rapidly or very slowly. 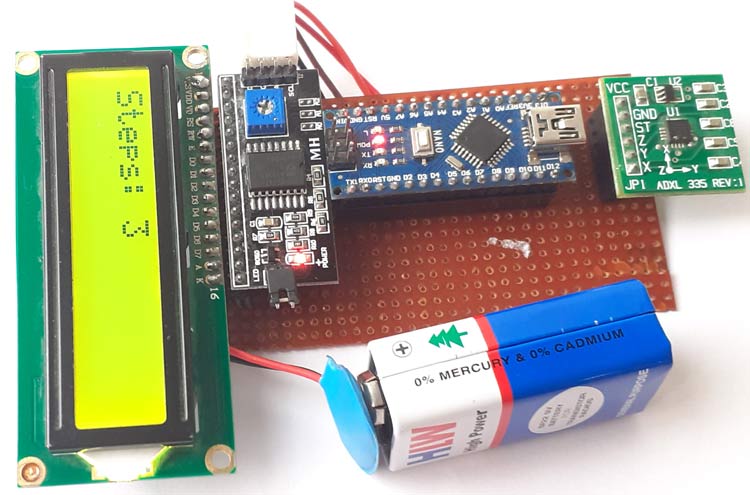 The complete working video and code for the ADXL335 pedometer Arduino are given below.