In this article, we will learn how to build a touch-based color-changing plant using Arduino. When you touch the plant, the color of the plant vase will automatically change. This is a nice indoor decorative project and also a small hobby project for beginners to build and learn some interesting stuff. Previously we have also built a touch-based music player using Arduino, which works on a similar principle, you can also check them out.

Now when we say touch-based plants, a common question that might pop-up is, how can an electronic circuit detect the human touch through a plant. Nowadays, touch sensing devices are all around us. we can see touch displays in our smartphones and also in different types of appliances. The touch sensor is simply as a switch, when someone touches the touch sensor, the sensor closes an electronic circuit and allows the flow of current.

From mobile phones to smart vending machines, nowadays, we can find touch sensors in all modern devices. Touch sensors are mainly of two types, namely, resistive touch type and capacitive touch type. The name of the type itself indicates the mode of operation and the working principle.

Capacitive Touch Sensor: This is the most commonly used type of touch sensor. Its simply because we can perform multiple touches at a time. The capacitive touch sensor works based on the change in capacitance, that is when we touch the sensor the capacitance of the circuit changes and this will be detected as a touch. Now let's discuss our circuit in detail.

How to Detect a Touch on the Plant?

Our plant circuit is also based on the capacitive touch sensor. That is we will connect a wire to our plant to make it act like an electrode, then when we touch the plant, due to the presence of our body, the capacitance changes and this will be detected by our circuit. And talking about the circuit, we need a microcontroller to detect the change in capacitance and also control the whole system. In our case, the microcontroller is Arduino. 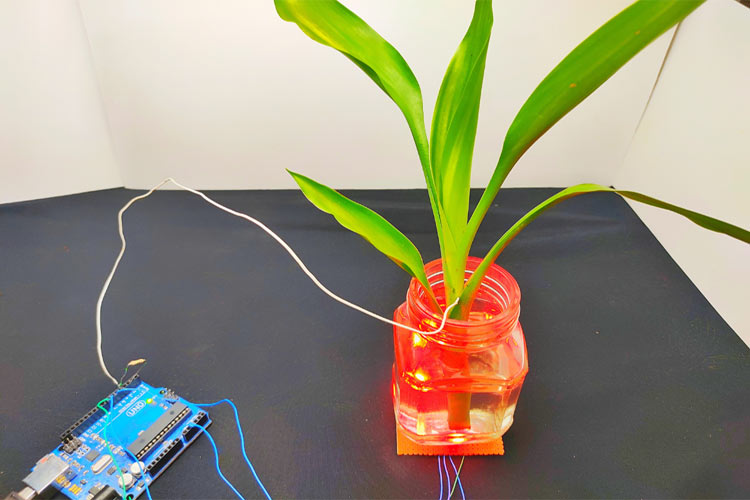 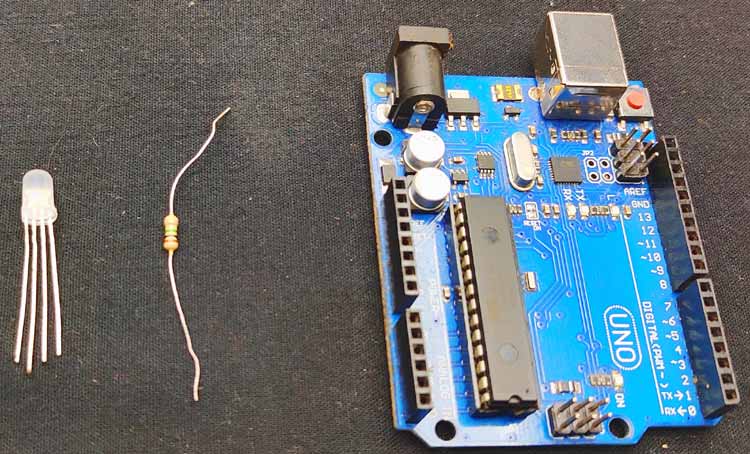 The complete circuit diagram used in this project is shown below. The circuit was created using Easy EDA and as you can see, it is a very simple circuit. 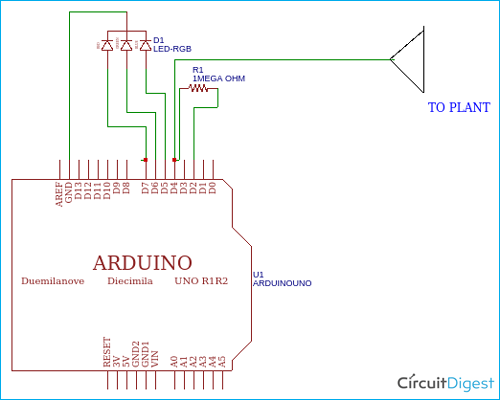 First, connect the one mega ohm resistor in between Arduino pin 2 and pin 4. Then connect a long wire (copper) to pin 4. This wire acts as an electrode or touch lead, then connect RGB led common ground to ground and red to D5 of Arduino and green to D6, blue to D7, finally attach the wire to the plant body and that's it. My hardware set-up after the connections has been made looks like this as shown below. 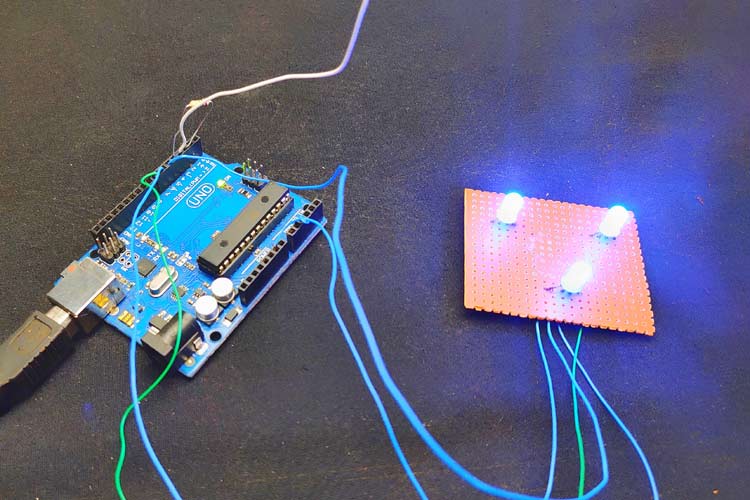 I have connected the RGB LEDs in a common perf board (like shown below) and finally placed the base (glass) above on the PCB. That's it. 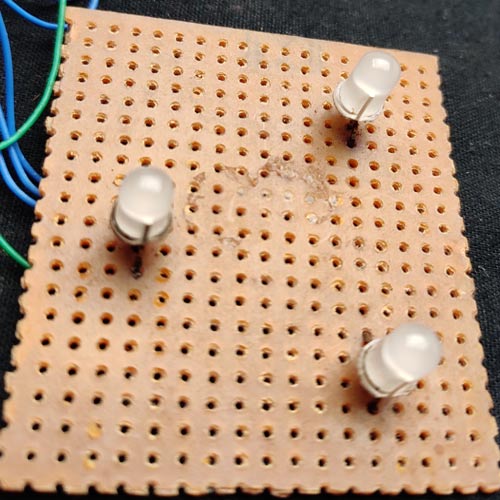 We have already connected the resistor between pin 2 and 4, so we need to measure the capacitance in pin 4, for that, defined the pins.

capacitive sensor toggles a microcontroller pin, that is it sends the pin to a new state and then waits for the receive pin to change to the same state as the send pin. In the setup section, I defined different pins for led and sensor lead.

In the loop section With the help of digital read, we can read the state of pin 4 and we store the value in variable ‘r’.

Each time a touch is detected, it will increase the counts and I have given different conditions to light up in different colors based on the incremented number.

Once the code is ready, simply upload it to your Arduino board and place the LEDs under your vase. Here I am using a glass vase and my setup looks like this when everything is ready. 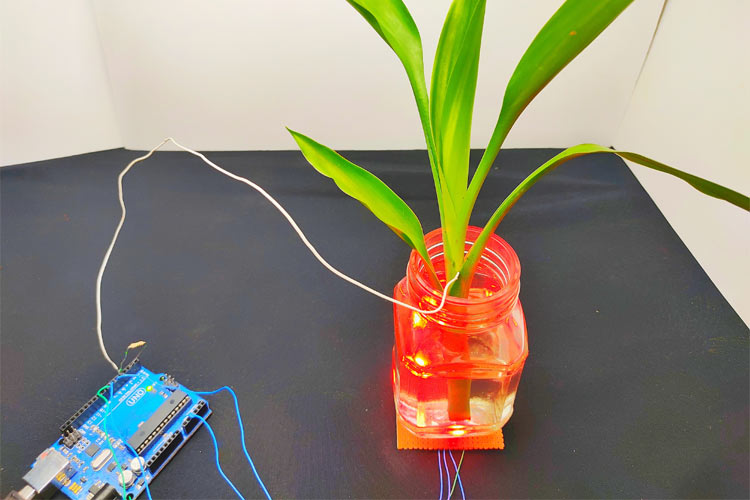 As you can see, the vase is already lit up in red color, and when I touch the plant, the color will change. Just make sure to use water-rich plants like lucky bamboo, money plant, etc. The complete working of this project can also be found in the video below.

Hope you enjoyed building this project and learned something useful, if you have any questions, leave them in the comment section below or use our forums for starting other technical discussions.