In this article, we are going to make a Sun Tracking Solar Panel using Arduino, in which we will use two LDRs (Light-dependent resistor) to sense the light and a servo motor to automatically rotate the solar panel in the direction of the sunlight. The advantage of this project is that the Solar panels will always follow the sunlight will always face the sun to get charge all the time and can provide the supply the maximum power. The prototype is very easy to build. Below you will find the complete description of how it works and how the prototype is made.

The following are the component requires to build a solar tracking system using Arduino, most of the components should be available in your local shop.

How does a single axis solar tracker work?

In this project, LDR’s are working as light detectors. Before we go into detail, we will have to understand how the LDR’s work. LDR (Light Dependent Resistor) also known as photo resistor is the light sensitive device. Its resistance decrease when the light falls on it and that’s why it is frequently used in Dark or Light Detector Circuit. Check the various circuits based on LDR here.

How to build a rotating solar panel using Arduino:

To make the prototype, you will have to follow the below steps:

First of all, take a small piece of cardboard and make a hole at one end. We will insert the screw in it to fix it with the servo later on.

Now fix two small pieces of cardboard with each other in a V shape with help of glue or hot gun and place solar panel on it. 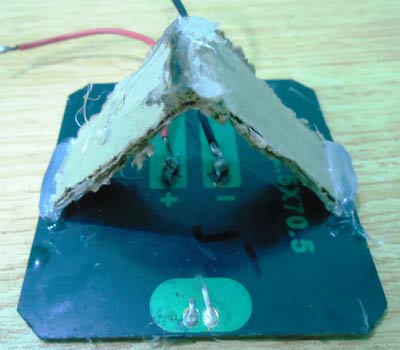 Then attach the bottom side of the V shape to the other end of small piece of cardboard in which you made a hole in first step. 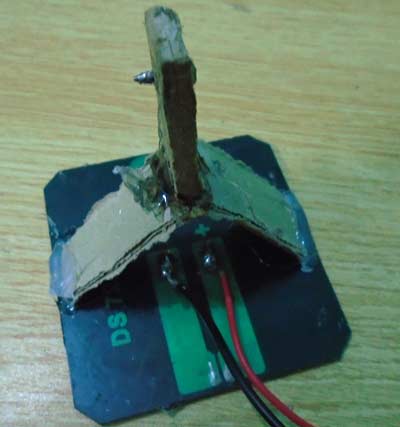 Now insert the screw in the hole you made on card board and insert it through the hole into the servo. The screw comes with the servo motor when you buy it. 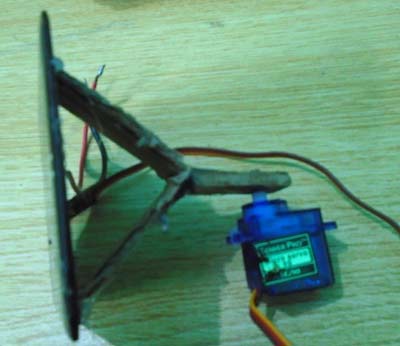 Now place the servo on another piece of cardboard. The size of the cardboard should be larger enough so that you can place a Arduino Uno, a breadboard and a battery on it. 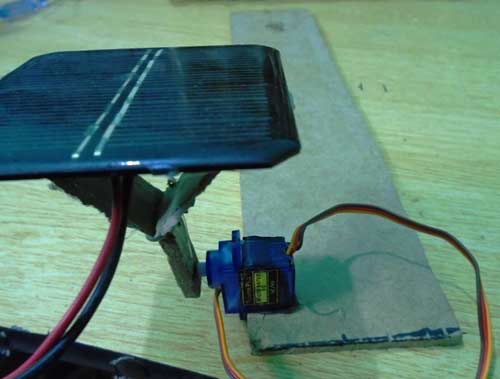 Attach the LDRs on the two sides of the solar panel with the help of glue. Make sure you have soldered the wires with the legs of the LDR’s. You will have to connect these with the resistors later on. 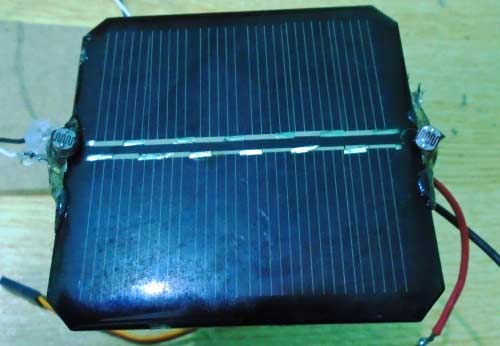 Now place the Arduino, battery and the breadboard on the cardboard and make the connection as described in the Circuit diagram and Explanation section below.  The final prototype is shown below. 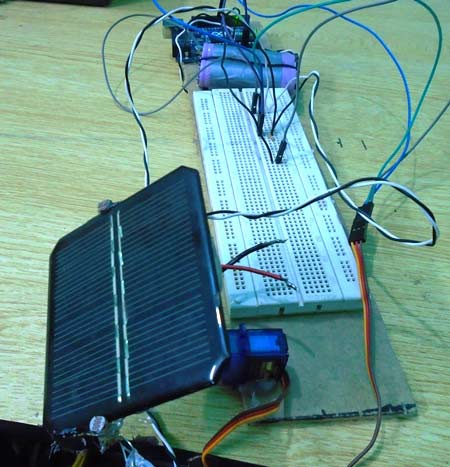 The complete circuit diagram for the solar tracking arduino project is shown below. As you can see the circuit is very simple and can easily be built with help of a small breadboard. 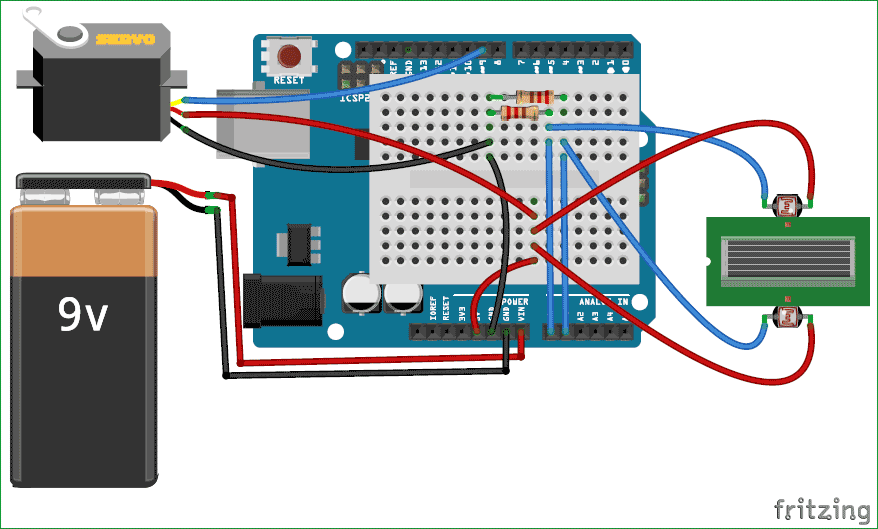 In this Arduino Solar Panel Tracker, Arduino is powered by the 9V battery and all the other parts are powered by the Arduino. Arduino recommended input voltage is from 7 to 12 volts but you can power it within the range of 6 to 20 volts which is the limit. Try to power it within the recommended input voltage. So connect the positive wire of the battery to the Vin of the Arduino and the negative wire of the battery to the ground of the Arduino.

sg90.atach(servopin) command will read Servo from the pin 9 of Arduino. Next, we set the LDR pins as input pins so that we can read the values from the sensors and move the solar panel according to that. Then we set the servo motor at 90 degree which is the initial position for the servo.

So that is how you can build a simple Solar Panel Tracker, which will automatically move towards the light like a sunflower. Here we have used the low power solar panel to reduce the weight, if you are planning to use high power or heavy solar panel then you need to choose the Servo motor accordingly.