Metal Detector is a security device which is used for detecting metals which can be harmful, at various places like Airports, shopping malls, cinemas, etc. Previously we have made a very simple Metal detector without a microcontroller, now we are building the Metal Detector using Arduino. In this project, we are going to use a coil and capacitor which will be responsible for the detection of metals. Here we have used an Arduino Nano to build this metal detector project. This is very interesting project for all electronics lovers. Wherever this detector detects any metal near it, the buzzer starts beeping very rapidly.

The following are the components that you would need to build a simple DIY metal detector using Arduino. All these components should be easily available in your local hardware shop.

How does a metal detector work?

When any metal comes near to the coil then coil changes its inductance. This change in inductance depends upon the metal type. It's decreases for non-magnetic metal and increases for ferromagnetic materials like iron.

Depending on the core of the coil, inductance value changes drastically. In the figure below you can see the air-cored inductors, in these inductors, there will be no solid core. They are basically coils left in the air. The medium of flow of magnetic field generated by the inductor is nothing or air. These inductors have inductances of very less value. 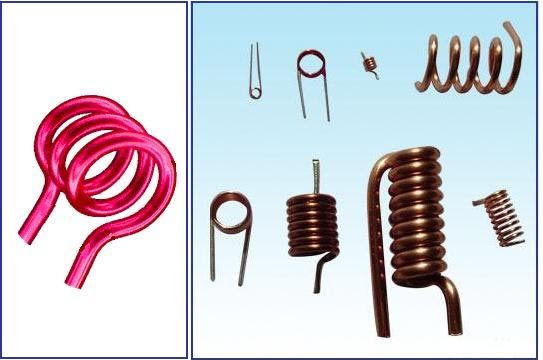 These inductors are used when the need for values of few microHenry. For values greater than few milliHenry these are not a suitable one. In below figure you can see an inductor with ferrite core. These Ferrite Core inductor has very large inductance value. 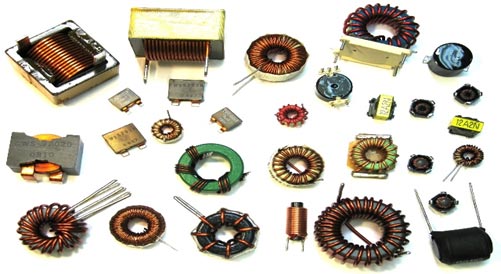 Remember the coil wound here is a air-cored one, so when a metal piece is brought near the coil, the metal piece acts as a core for the air cored inductor. By this metal acting as a core, the inductance of the coil changes or increases considerably. With this sudden increase in inductance of coil the overall reactance or impedance of the LC circuit changes by a considerable amount when compared without the metal piece.

So here in this Arduino Metal Detector Project, we have to find the inductance of the coil to detect metals. So to do this we have used LR circuit (Resistor-Inductor Circuit) that we already mentioned. Here in this circuit, we have used a coil having around 20 turns or winding with a 10cm diameter. We have used an empty tape roll and wind the wire around it to make the coil. 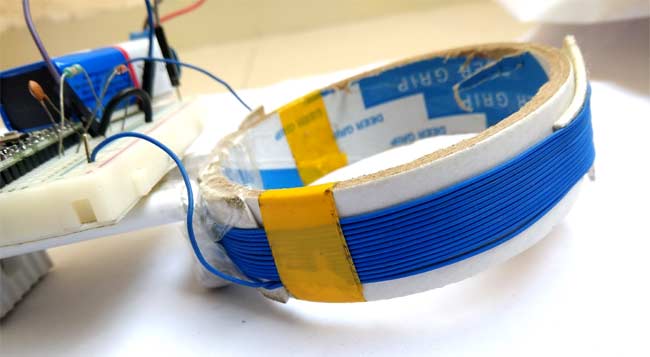 We have used an Arduino Nano for controlling whole this Metal Detector Project. A LED and Buzzer are used as metal detection indicator. A Coil and capacitor is used for the detection of metals. A signal diode is also used for reducing the voltage. And a resistor for limiting the current to the Arduino pin. 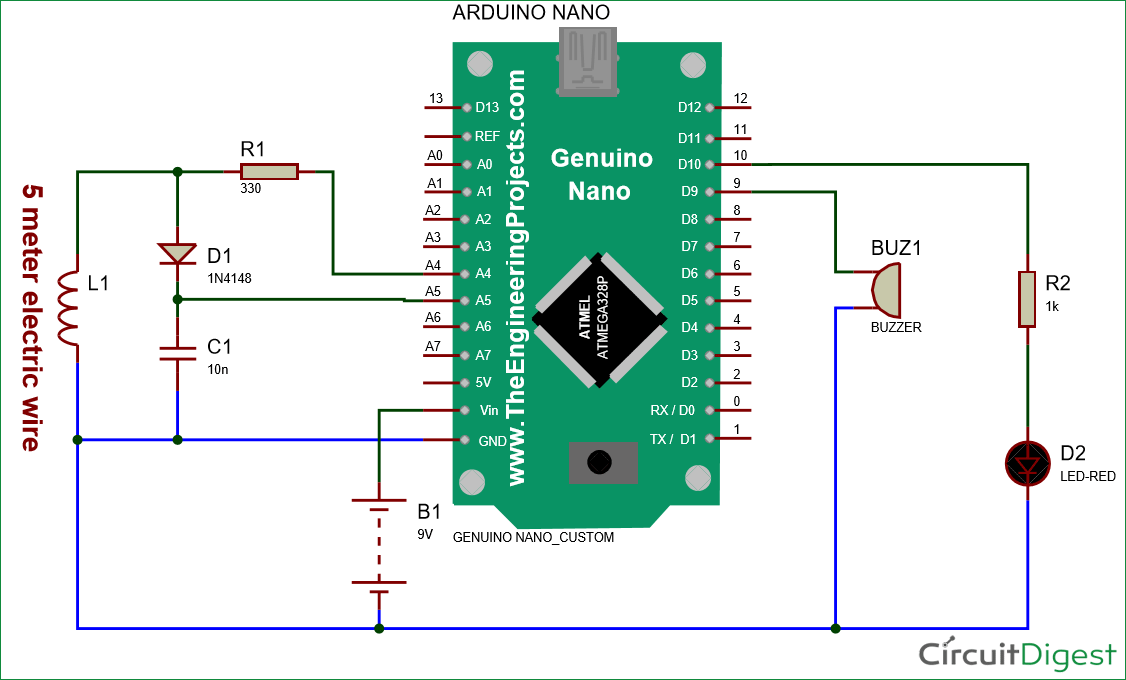 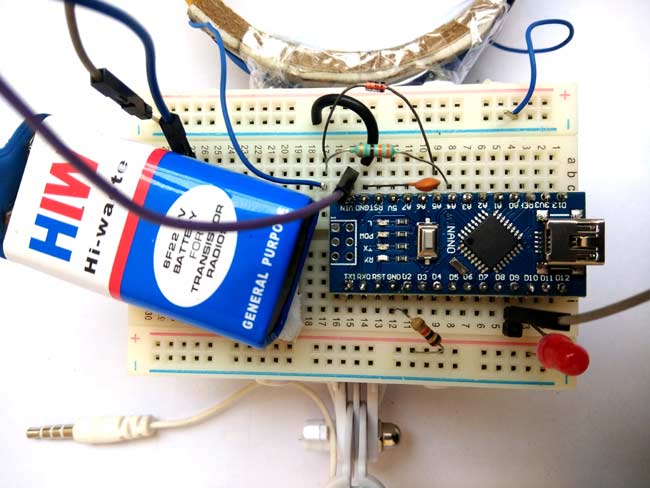 Working of this Arduino Metal Detector is bit tricky. Here we provide the block wave or pulse, generated by Arduino, to the LR high pass filter. Due to this, short spikes will be generated by the coil in every transition. The pulse length of the generated spikes is proportional to the inductance of the coil. So with the help of these Spike pulses, we can measure the inductance of Coil. But here it is difficult to measure inductance precisely with those spikes because those spikes are of very short duration (approx. 0.5 microseconds) and that is very difficult to be measured by Arduino. 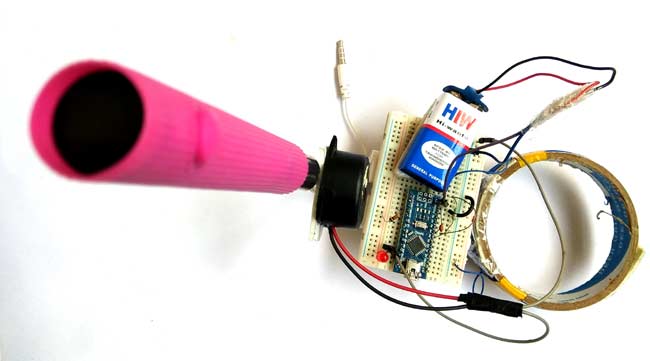 So instead of this, we used a capacitor that is charged by the rising pulse or spike. And it required few pulses to charge the capacitor to the point where its voltage can be read by Arduino analog pin A5. Then Arduino read the voltage of this capacitor by using ADC. After reading voltage, the capacitor quickly discharged by making capPin pin as output and setting it to low. This whole process takes around 200 microseconds to complete. For better result, we repeat measurements and took an average of the results. That’s how we can measure the approximate inductance of Coil. After getting the result we transfer the results to the LED and buzzer to detect the presence of metal. Check the Complete code given at the end of this Article to understand the working.

Complete Arduino code is given at the end of this Article. In the programming part of this project, we have used two Arduino pins, one for generating block waves to be fed in Coil and second analog pin to read capacitor voltage. Other than these two pins, we have used two more Arduino pins for connecting LED and buzzer.

You can check the complete code and Demonstration Video of Arduino Metal Detector below. You can see that whenever it detects some metal the LED and Buzzer start to blink very fastly.