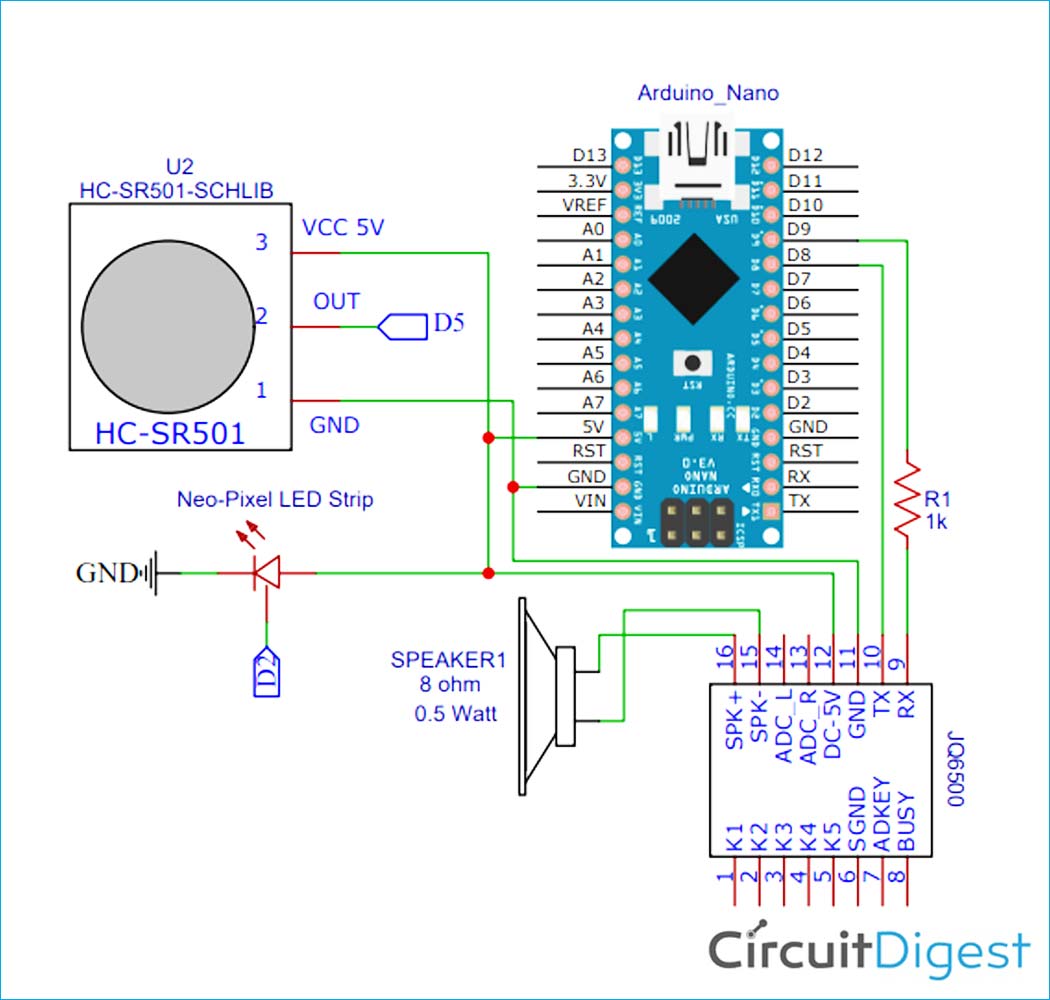 The complete circuit diagram for Arduino Based Decorative Christmas Tree is given above. It is pretty simple as we only need to connect a PIR sensor, JQ6500 voice module, and Neo-Pixel LED Strip. The complete setup is powered by a 12V battery. The brain of the circuit is Arduino Nano. The PIR sensor is used to detect the presence of a person. Two of the three pins of this sensor namely Vcc & GND are connected to Arduino’s 5V and GND. While the data pin is connected to the D5 of Arduino Nano and the data pin of the Neo-Pixel strip is connected to the D2 pin of Arduino Nano.

Once we are ready with our hardware, we can connect the Arduino to our Computer and start programming. The complete code for this project is given at the bottom of this page; you can upload it directly to your Arduino board. However, if you are curious to know how the code works read further.

The code uses JQ6500_Serial.h, Adafruit_NeoPixel.h and SoftwareSerial.h libraries. SoftwareSerial library comes pre-install with Arduino IDE. The JQ6500 Serial library can be installed from this link. While Adafruit_NeoPixel.h library can be directly downloaded from Arduino IDE. For that, go to the Sketch > Include Library > Manage Libraries. Then search for ‘Adafruit Neo’ in the search box and download and install the ‘Adafruit Neopixel’ library. 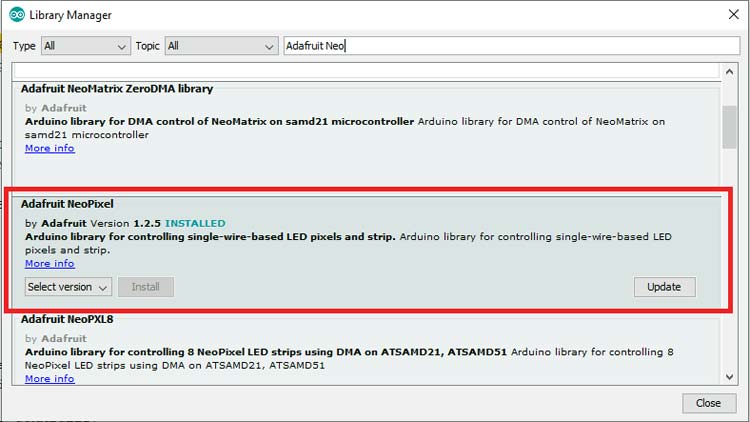 As usual start the code by including all the required libraries and defining all the pins used in this project.

Then inside the setup() function initialize Input-Output pins and also initialize the serial monitor and JQ6500 voice module.

After finishing the design, I exported it as an STL file, sliced it based on printer settings, and finally printed it. The STL file is also available for download from Thingiverse and you can print your casing using it. After the print was done, I proceeded with assembling the project set up in a permanent enclosure to install it on the Christmas tree. With the complete connection made I assembled the circuit into my casing and everything was a nice fit as you can see here. 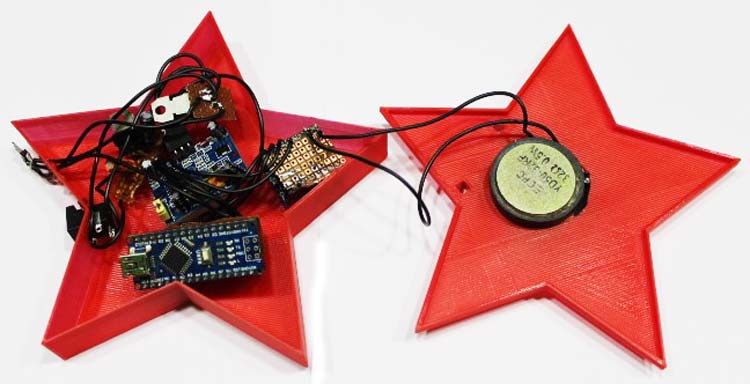 Once the code and hardware are ready, upload the code on Arduino Nano. After that fit everything inside the enclosure as shown below image:

Now, power the setup using a 12V adapter, Neopixel will start illuminating in rainbow mode, and when the PIR sensor detects a person it will play the ‘Merry Christmas’ song and also change the Neo-Pixel mode from rainbow to Theaterchase. 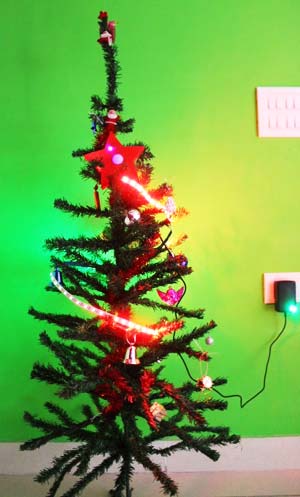