The ideal waveform for Zero Crossing Detector is given below: 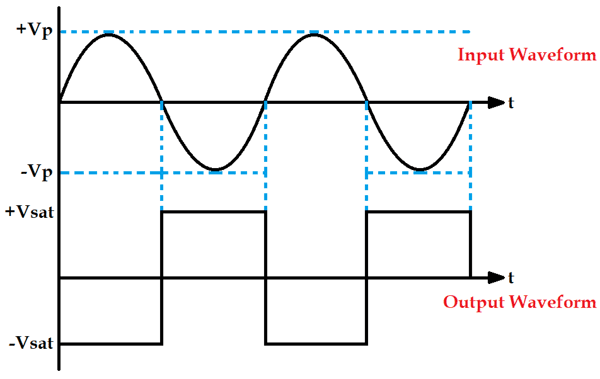 It can be seen in the above waveform that whenever the sine wave crosses zero, the output of the Op-amp will shift either from negative to positive or from positive to negative. It shifts negative to positive when sine wave crosses positive to negative and vice versa. This is how a Zero Crossing Detector detects when the waveform is crossing zero every time. As you can observe that the output waveform is a square wave, so a Zero Crossing Detector is also called a Square wave Generator Circuit.

To learn more about op-amps, check other op-amp circuits. 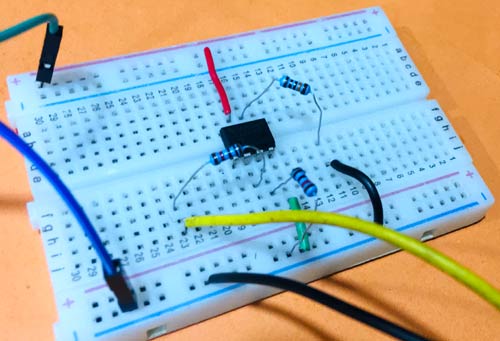 In a Zero Crossing Detector Circuit, the non-inverting terminal of the Op-amp is connected with the ground as a reference voltage and a sine wave input (Vin) is fed to the inverting terminal of the op-amp, as you can see in the circuit diagram. This input voltage is then compared with the reference voltage. Any general purpose op-amp IC can be used here, we have used op-amp IC LM741.

Now, when you consider the positive half cycle of the sine wave input. We know that, when the voltage at the non-inverting end is less than the voltage at inverting end, the output of the Op-amp output is Low or of negative saturation. Hence, we will receive a negative voltage waveform.

Then in negative half cycle of the sine wave, the voltage at the non-inverting end (reference voltage) becomes greater than the voltage at inverting end (input voltage), so the output of the Op-amp becomes High or of positive saturation. Hence, we will receive a positive voltage waveform, as you can see in the below image: 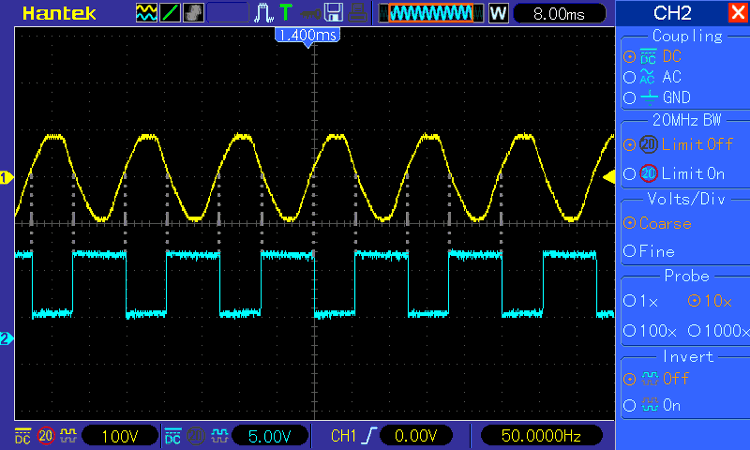 As we have already mentioned that there are many ways to design a Zero Crossing Detector. Here, in the below circuit we are using an opto-coupler for the same. By observing the output waveform you can see that the output waveform is getting HIGH only when the input AC wave crosses zero every time. 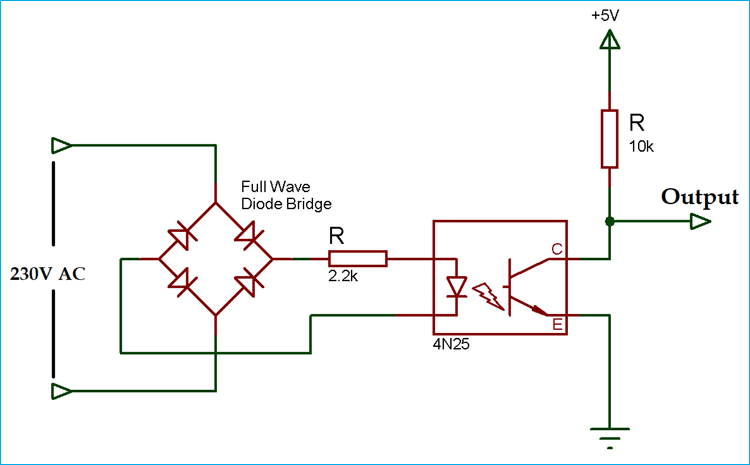 Below is the output waveform of the Zero Crossing Detector Circuit using Optocoupler: 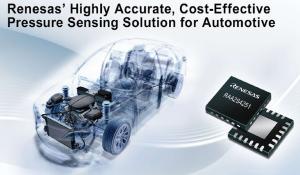 How to Replace a Comparator IC using Op-Amp? Parameters to be Considered for an Efficient Design