Sziklai Transistor Pair and its Configuration 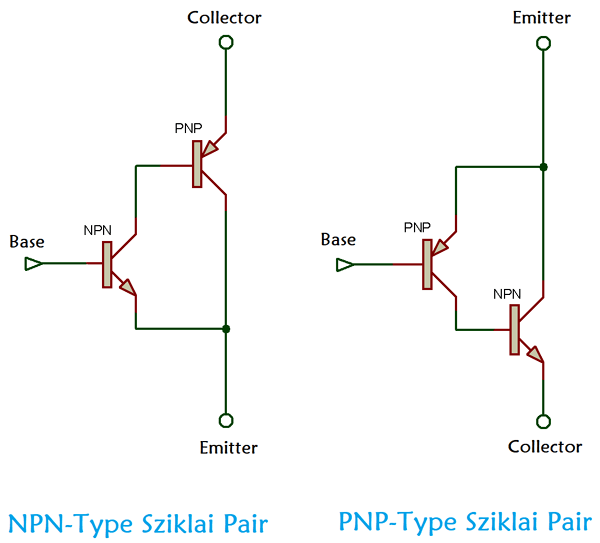 The gain of the Sziklai and Darlington are approximately equal to each other.

Practically, the total gain for both the pairs is approximately equal to:

Although the turn-off time of the Sziklai is greater than the Darlington pair but this turn-off time can be reduced by decreasing the value of the base drive resistor. 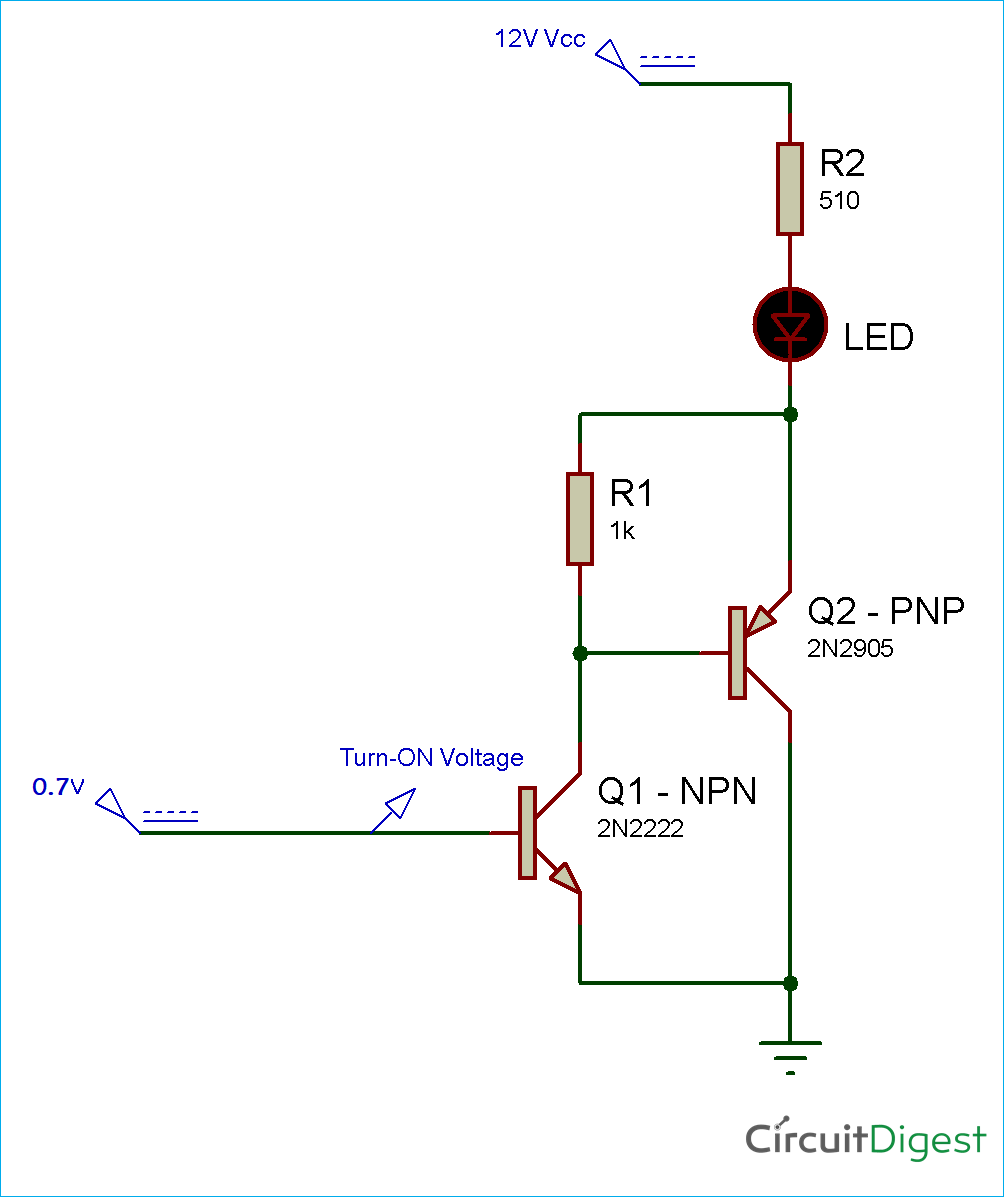 Here we are demonstrating the switching test of the Sziklai pair by giving it a turn-on voltage of 0.7v. Sziklai pair starts conducting at this voltage and LED turns on, that means the turn-on base-emitter voltage for Sziklai pair is equal to normal transistor i.e. 0.7v. This is demonstrated properly in the video given at the end. 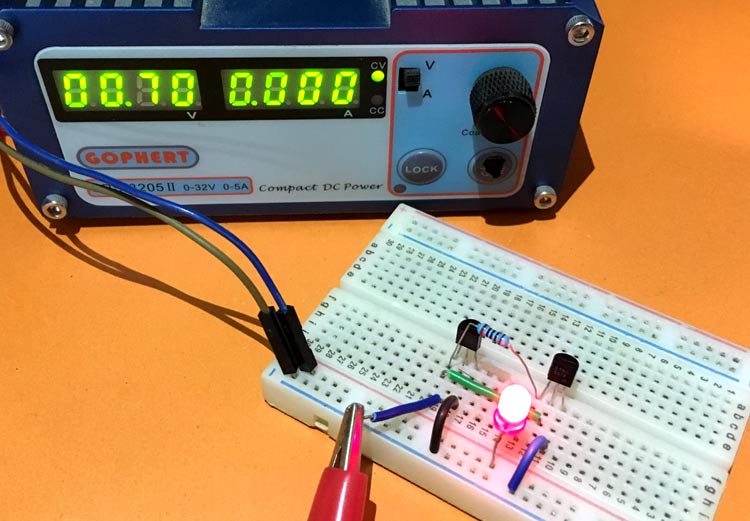 Which is better Sziklai Pair or Darlington Pair?

As Sziklai Pair addresses the issues with Darlington pair, so it is mostly advantageous to use Sziklai pair but it depends upon the application. Here are few advantages of Sziklai pair:

However there are few disadvantages like the gain of the sziklai pair is lesser than the Darlington pair.