Amplifier is an electronic circuit or device which is used for amplification purpose and used mainly in sound reproduction as well in our electronic industry widely. There are many types of amplifier available by using different components like transistor based amplifier, op-amp based amplifier, transformer based amplifier. Sometimes we use a Preamp Circuit in circuits for pre-amplification of weak signal when the audio source sound level is too low. Pre-amlification of low level signals is necessary before feeding them into a power source, for clear and noiseless sound. In this project, we will build a Simple Preamplifier Circuit using NPN transistor BC547.

Here we have used this Preamplifier circuit for amplifying the AUX output of Mobile phone and amplifying the voice input given by the condensor mic or microphone. Same has been demonstrated in the Video given at the end. Both the circuits are given separately below. You can also check our previous amplifire circuts below: 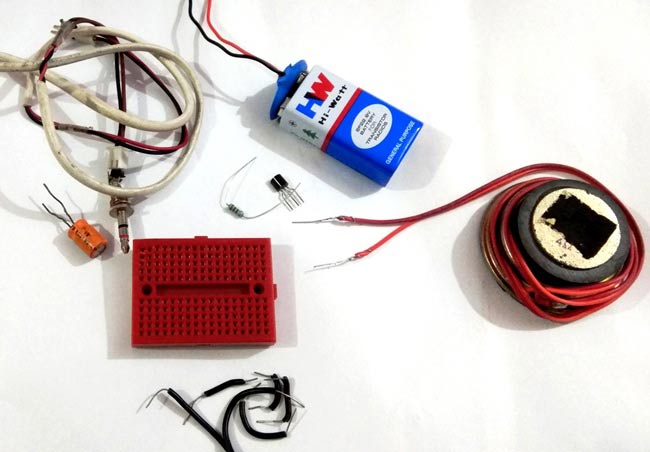 Below given is the Circuit diagram for Pre-amplification of AUX output of the Mobile Phone: 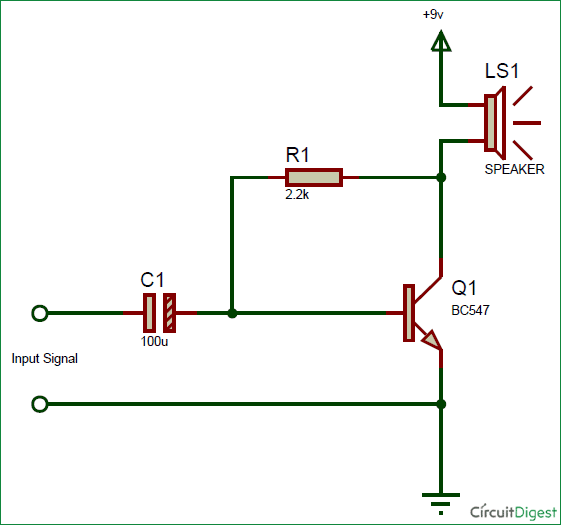 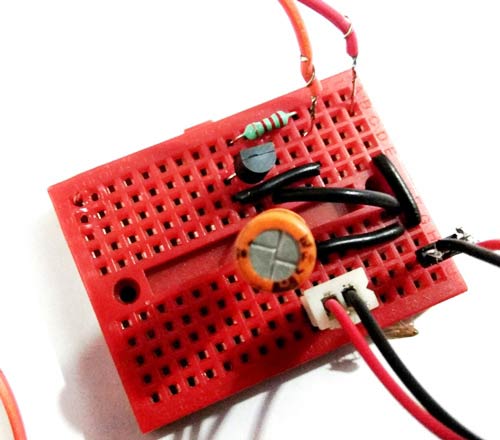 And as we know that Transistors can be used either as a switch or as a amplifier. So here this NPN Transistor BC547 is acting as Amplifier. In amplification setup, this transistor allows larger current to be flowed when we apply smaller voltage at its base. So here we are applying voltage at its base through the audio input signal by AUX jack and it allows larger current to be passed from the 9v battery source thought the speaker. In that way it is converting Electric energy into audio output.

Pre-amplification of audio input from MIC: 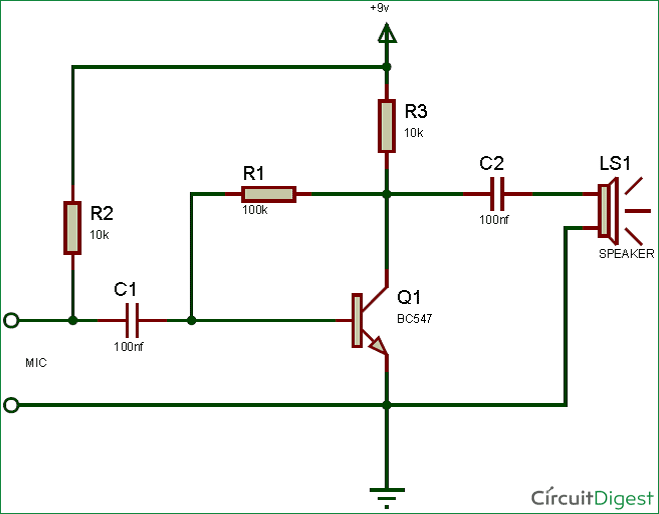 Here we have placed a MIC in place of playing music from the AUX jack. This circuit will amplify the voice input fed by the condenser mic, hence it is known as Microphone Preamplifier Circuit. 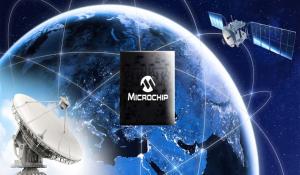