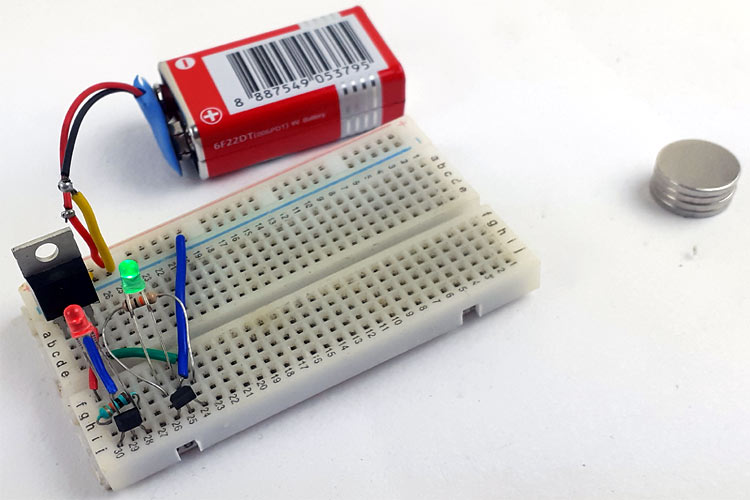 We all know that every magnet has two polarities, i.e. North Pole and South Pole, whether it is neodymium magnet, ring magnet or disc magnet. We also know that opposite poles of a magnet attract and same poles repel. But it is hard to say that which one is south pole and which one is a north pole, so to detect the poles of the magnet, here we will build a simple circuit.

What is Hall Effect?

Hall Effect is related with moving charge in a magnetic field. To understand in a practical way, connect a battery to a conductor like shown in image (a) below. The current (i) will start flowing through the conductor from positive to negative of the battery. 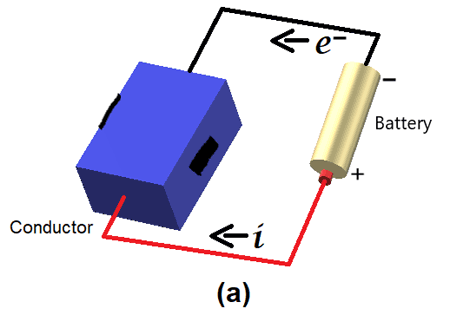 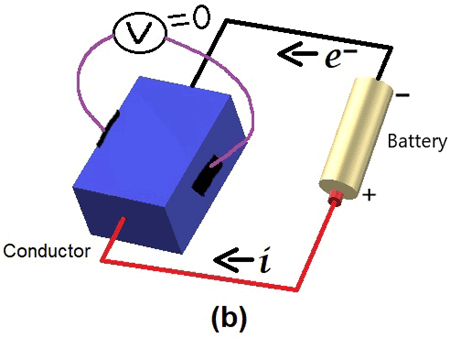 Now bring magnet and create magnetic field between the conductor like Image (c) below. 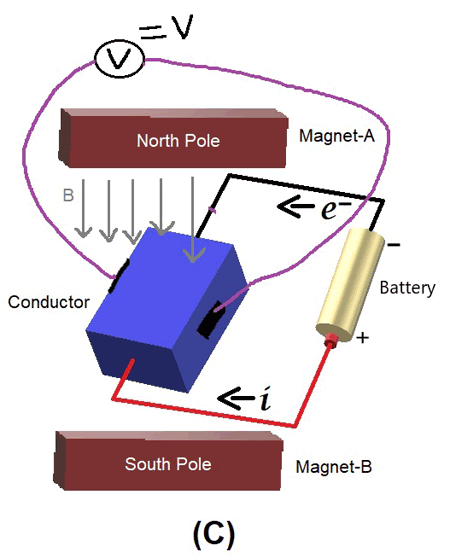 Hall Effect sensor is a small-scale microelectromechanical systems (MEMS) device for detecting and measuring magnetic fields. These sensors can detect changes in a magnetic field like flux, strength, and direction. When the magnetic flux density around the sensor changes due to the magnet, the sensor detects it and generates an output voltage, and due to this output voltage LED connected to the Magnet sensor changes its state from low to high. In this project, we are using the Hall Effect sensors to detect the North Pole and the South Pole of a magnet. 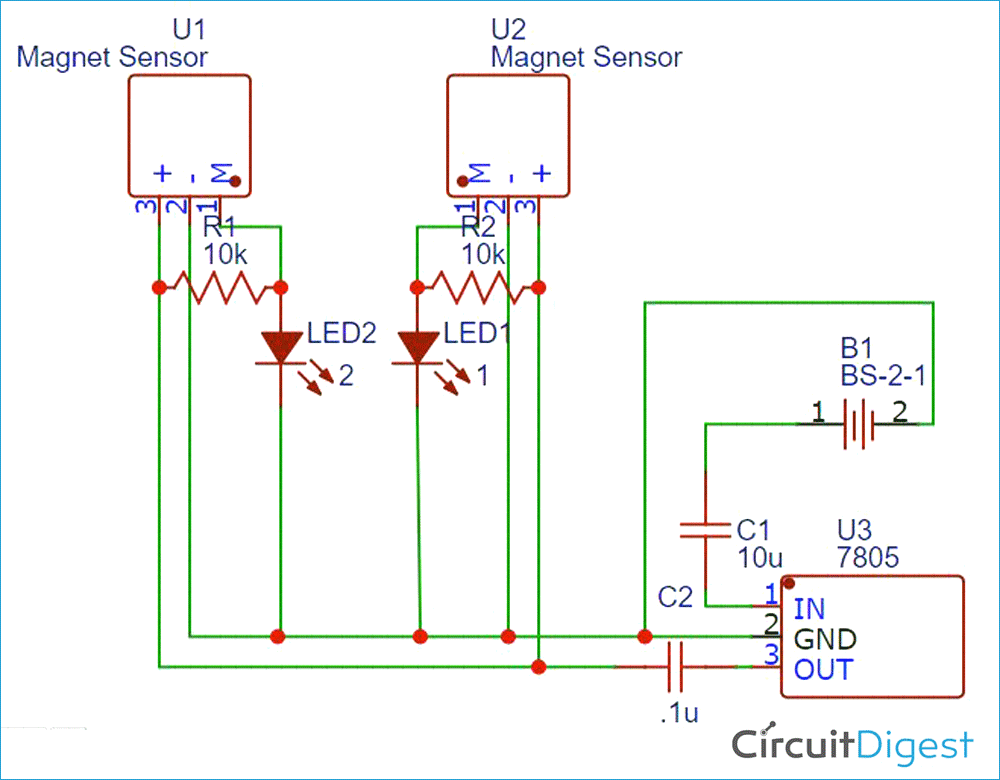 The hardware for the magnet polarity detection circuit looked like this: 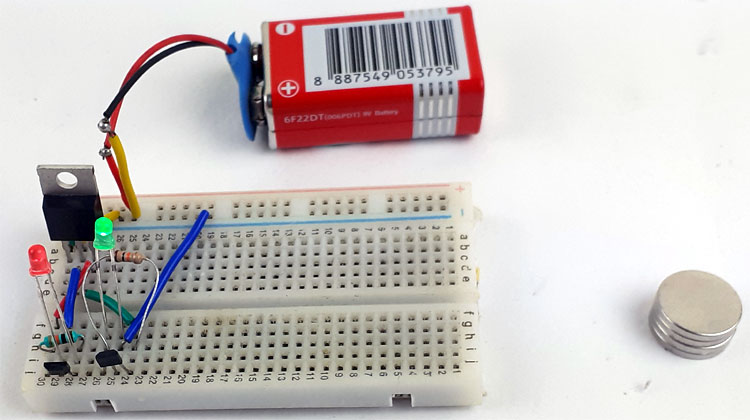 After connecting the circuit, as shown in the above image, power the setup using a 9V battery. Initially, LEDs will be in High state. Now bring a magnet closer to the Magnet sensors, if you bring south pole near to Red LED, it will turn off as shown in the below figure 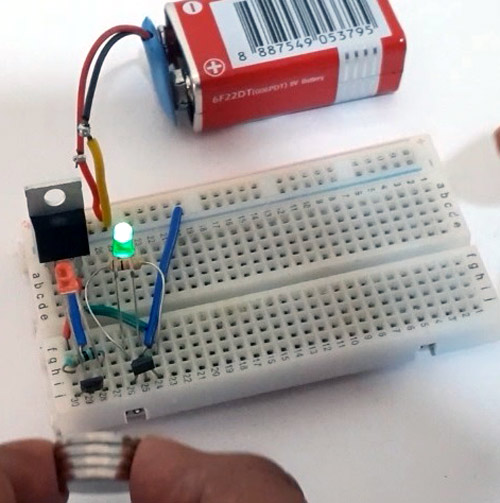 And if you bring North pole near to Green LED indicates it becomes off: 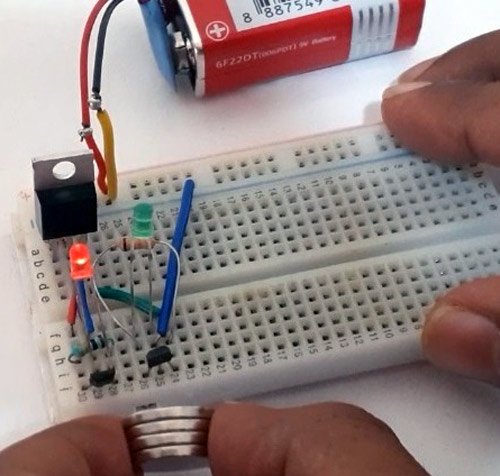 This is how you can make your own Magnetic Polarity detector.

A complete working video is given below.

very good site and will be

very good site and will be glad of it

Has anyone designed a hall

Has anyone designed a hall effect sensor circut to determine direction of rotation of a shaft using two or three sensors?