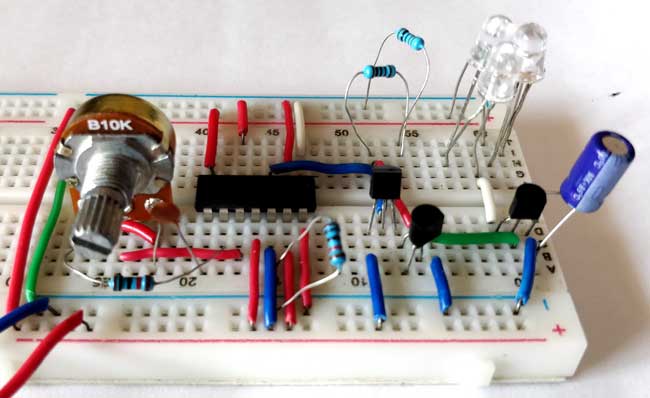 One of the most commonly used sensors in Electronics is IR sensor (Infrared Sensor). IR sensor helps in detecting the heat and the motion of an object. In the infrared spectrum, all the objects emit some form of thermal radiations. These radiations are invisible to a human eye and can only be sensed or detected by an IR sensor. An IR sensor consists of IR Transmitter which is used for emitting IR rays and IR Receiver (Photodiode) which is used for detecting that emitted IR rays. Normally, the range of an IR radiation from a normal IR LED is 2~10cm with detection angle 35 °. 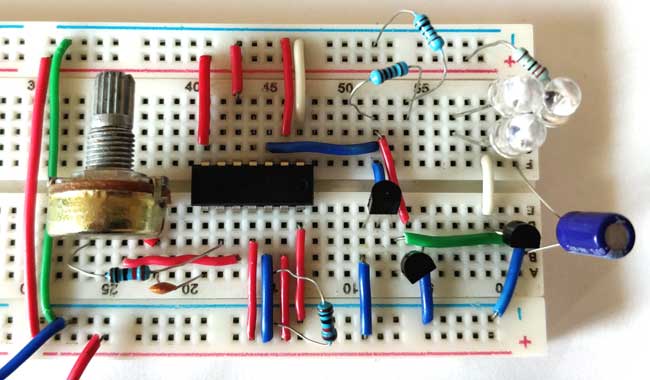 The 4047 IC is one of the popular IC with low power consumption. It provides both Monostable (one-shot) and Astable (free running) operation. It has a wide range of input voltage (3v to 18v) and DC current input is up to ±10mA with a high operating temperature range of −55°C to +125°C. Here, we are using this IC to generate a oscillating square wave output whose frequency will be decided by resistor R3 and capacitor C1. You can use the IC for generating clock pulse for various applications. This IC is mainly used in Inverter circuit to generate Alternating current from DC current. 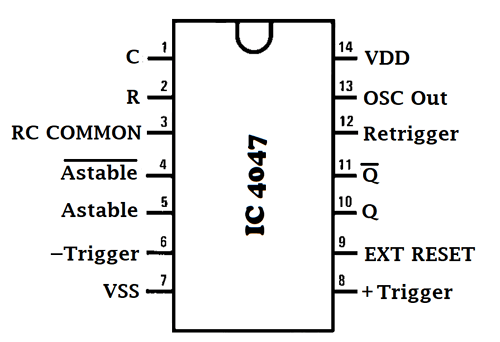 These components are designed to minimize on-state resistance in order to provide fast and reliable switching performance. BS170 can be used in various application requiring a DC current up to 500mA. Best suited for low voltage and low current applications such as small servo motor control, power MOSFET gate drivers and for other switching application. The Drain-Source and Gate-Source Voltage of BS170 is 60V maximum. The Operating and Storage Junction Temperature Ranges from−55 to +150 °C. 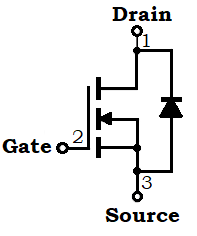 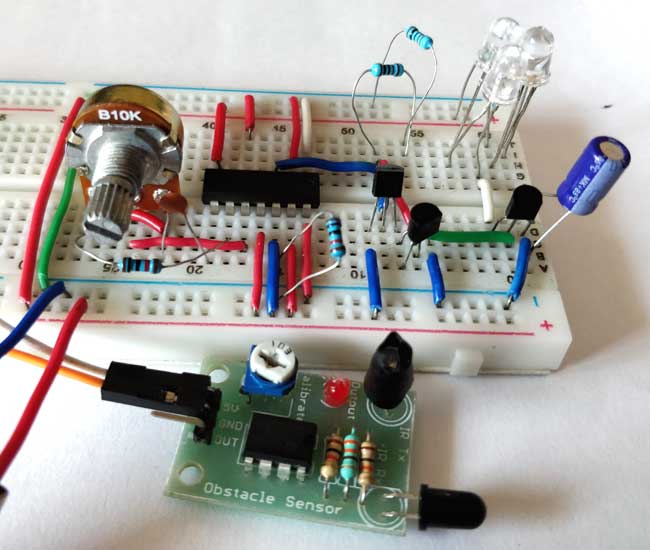 The circuit helps us to increase the range of transmitting IR rays. We have used three IR LEDs in series for increasing the radiated power.

IC4047 is generating 38KHz frequency, which is near to IR and RF remote control frequency. Then, modulating the incoming signal or data by using this frequency wave as a carrier wave. So, we get a high range of output at this frequency. Also, IC4047 is used to generate oscillating wave for transistor and MOSFET.

A MOSFET BS170 is used for increasing the circuit efficiency. The MOSFET acts as a switch and reduces the power loss. Power loss of transistor is high in comparison to the MOSFET, therefore we have used a MOSFET instead of transistor. A 100uF capacitor is used to avoid any dip during turning ON/OFF. It supplies extra charge during turning ON operation.

Also, a Darlington pair is made using NPN (BC547) and PNP (BC557) transistor for avoiding distortion of the gate drive input. As a MOSFET exhibits large capacitance across gate-source terminals.

The three IR LEDs are connected to the Drain of the MOSFET. As the gate terminal of MOSFET get signal it allows the MOSFET to conduct current through Drain to Source and LEDs start emitting IR rays in a higher range then a normal IR LED. Hence, we get an IR ray of long range which is sensed by an IR receiver, as shown in the video below.