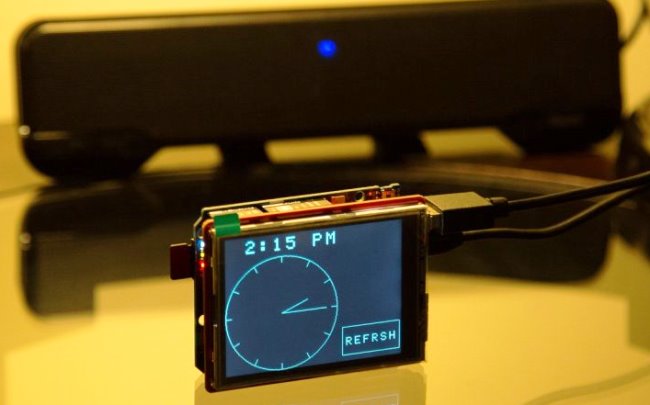 An Arduino Alarm Clock is cool and popular project and most of the Electronic Hobbyists at least builds it once. You can find lots of Alarm Clock Projects with simple LCD and few settings, but here we are sharing the Alarm Clock with Touch Screen TFT LCD, in which Alarm can be set through Internet, using Google Calendar. It will also trigger when some Important Email arrives in you Inbox. They named it S.M.A.R.T. Alarm Clock (Setup for Meetings, Appointments, Reminders, and Tasks), which uses Arduino Yun. 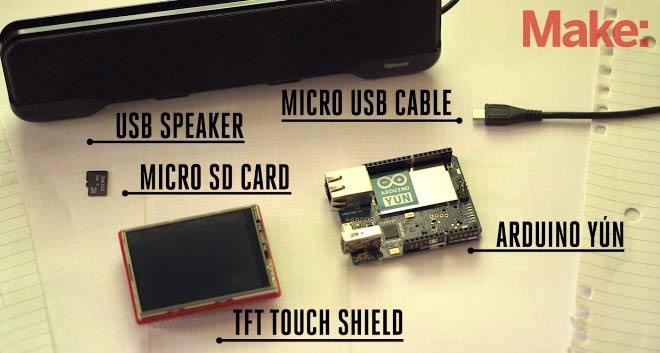 Hardware part of this clock is not hard to configure, you just need to connect TFT Touch Shield to Arduino Yun and attach a USB speaker in its USB Port. Also insert a SD card in Arduino Yun and power it using Micro USB cable, like Raspberry Pi.

The tricky part lies in Software Configuration, first you need to create an account on Temboo. Temboo basically integrates the various API’s (like Google API, PayPal, Twitter, Dropbox etc) and generate the Code for many Languages and Platforms (like PHP, JAVA, Arduino, Android, iOS). This code can be directly used in your Code file, so you don’t need to write many lines of code to integrate other APIs in your application.

So after Creating Account on Temboo, you will get your Temboo Account Name, Application Name and Key. Then you need to ‘Save Google Calendar Profile in Temboo’, by using ClientSecret and ClientID. This ClientSecret and ClientID are generated through you Google Account here, by enabling the Calendar API and creating a New Client ID. The whole procedure is well explained in that Tutorial. And the Sketch (code) for this S.M.A.R.T. Alarm Clock can be downloaded from here, you just need to replace few Values in that Sketch file like Temboo Account Name, Application Name and Key, before uploading it to Arduino. 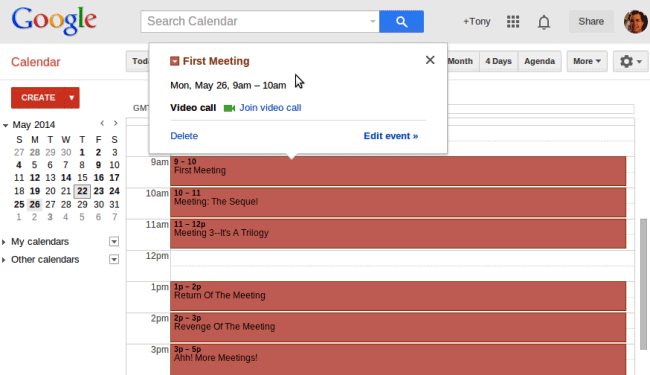 Now whenever you set any Meeting and Appointment in your Google Calendar, it will be automatically set as a ‘Alarm’ in your SMART clock. This clock periodically checks your Google Calendar in Two Hours. Alarm can be Stopped by clicking anywhere on the Screen. The Alarm will also trigger if someone send you a mail with Subject line ‘WAKE UP’. The Checking Period and this subject line text can be changed in Code file accordingly.

Its nice, but what about using my Android Smart Phone

My Phone is pretty much with me 24x7 and can do all of this. But I can see using this in some limited fashion of IoT, which if it could be setup to control home items via my google calendar that would be useful!

Way cool, some valid points! I appreciate
you making this post available, the remaining part of the site is also high quality.
Have a enjoyable.