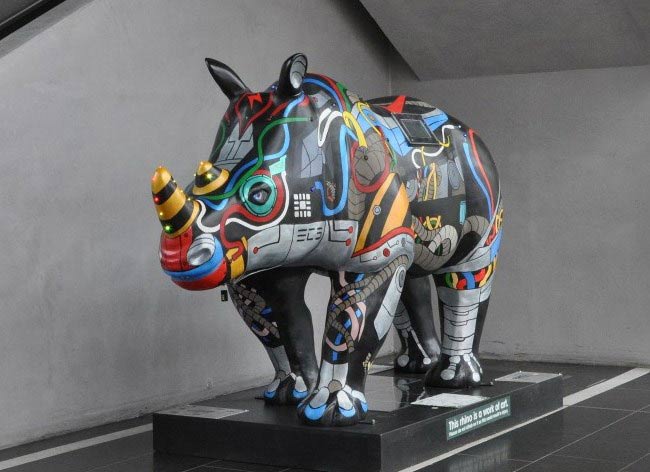 Raspberry Pi opens the new door for Creativity and with this project today, you can imagine how creative Projects can be built using this Pocket sized computer. This is a Cyber Rhino “Erica”, designed and developed by University of Southampton’s Electronics and Computer Science (ECS) department.

This Rhino is not just a Toy, it is a intelligent Rhino which can interact with the people using sensors, cameras, LEDs, microphone and network. It has its own Wi-Fi network and Twitter feed, so that people can interact with ‘Erica’ using their Smart Phone. It can respond to people by blinking its eyes, moving ears and making sounds, it can also read and send the tweets, sense the temperature and can do many more intelligent things. It is a Raspberry Pi powered six foot long FiberGlass sculpture with the Art work done by University’s Winchester School of Art. 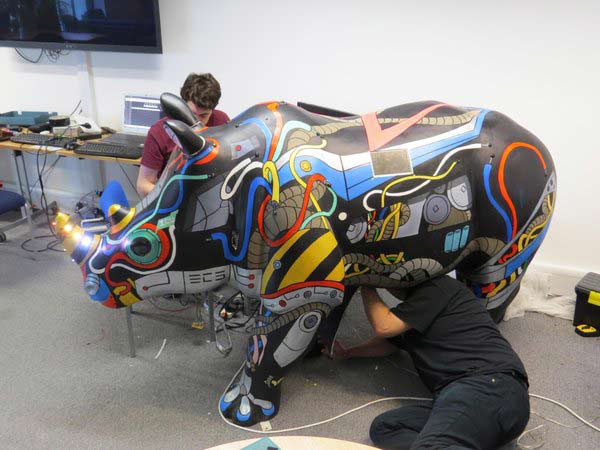 Fifth Raspberry Pi works as the brain of the Rhino, and control all its reactions. The development team made it possible for her to learn about the environment and react accordingly. It has short term and long term memory, and “The short term memory enables her to react instantly to an action, while the long term memory recalls accumulated actions so that her mood and behaviour can change throughout the day”, said one of the team member.

Source Code for whole project is provided on GitHub, as open source.

This project is leading by Dr Kirk Martinez  and there are lot of improvements and upgrades continuously going on, you can check all its latest upgrades and news here.

This does look primisong. I'll keep coming back for more.