I have built up the following circuit to control volatge on a variable power supply. It will be used in conjunction with a similar current control circuit which is why it is set up to turn MOSFET off rather than on. 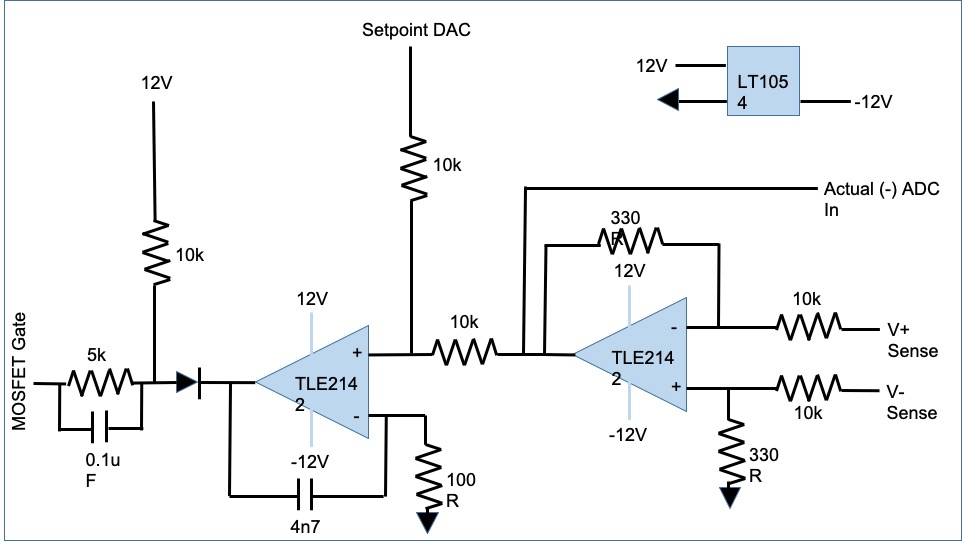 The issue is I can't get it to turn off. At 0V input on setpoint I get the following readings:

Input Sense (relative to each other) 200mV

But the input of the second Op Amp + is 0V (relative to analog Gnd)?

This means the MOSFET gate volatge is 2.565V. Having tested this seperately it requires below 1.907V to turn off.

How can I solve this?

Permalink
What is the partnumber of the

What is the partnumber of the Mosfet?

Permalink
ok. What you have provided on

ok. What you have provided on the setpoint of DAC?

Disconenct the diode and mosfet circuit, how much votlage are you getting across the opeamp output?