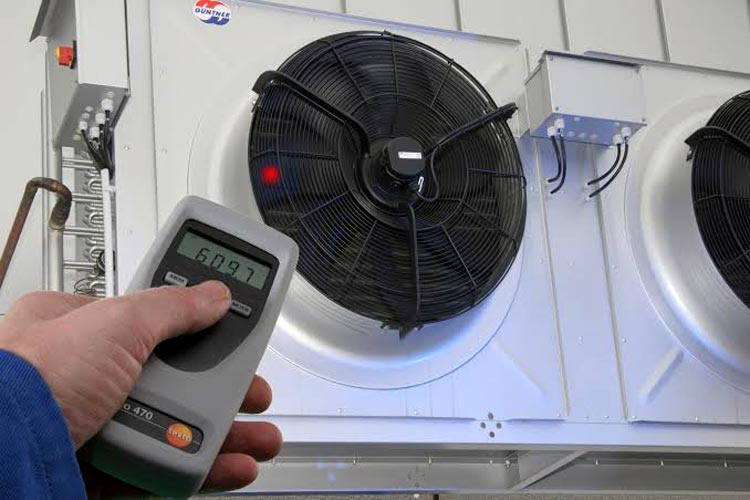 In today’s case study, we have a cement plant, where four dilution air fans (2 fans in each of the 2 units of the kiln) of 225 KW and 744 RPM is under operation. After five years of operation, one of the current motor (fan) was planned to be replaced with the spare motor which was there in the store for the last 4 -5 years. This was planned because the current motor should be taken for over-hauling during a planned shutdown of four days. You can also check out my other case studies on Electrical maintenance, to read about the different problems that we face in the industry and how we solve it.

The spare motor was checked completely in the workshop, it’s winding resistance, IR value, and trial readings of the motor in no-load condition were noted. Also, the current and vibration in no-load were checked and everything seemed perfect. Thereafter, the old motor was replaced with the spare motor and all the alignment readings were checked after being installed. It was found that the alignment readings were perfect. Then, the motor was coupled with fan and checked with Variable Frequency Drive (VFD) for trial, the fan was made to run for 1 hour in 40 - 50% load conditions and everything was normal, then the speed of the fan was taken to be 50%.

But then, the real need for dilution air fan came when the firing of the plant started after 2 days and 12 hours. So, the fan was made to run at full speed with 100% damper open, but it caused heavy vibration in fan and motor. It was assumed that the vibration was coming from fan to motor so the mechanical team checked the fan, bearing, and damper and found it normal. The motor was checked again in a decoupled condition and everything was found to be normal. We then assumed VFD could be the reason as new VFD was installed during the same time for speed control. But, VFD too was found to be normal.

After too many failed attempts, the plant was started but each team member was continuously thinking about the problem and it clicked us that we had checked everything but not the RPM. So, we checked RPM and found what exactly the problem was. The motor was running at 1000 RPM instead of 750 RPM. In majority cases, we tend to believe that the RPM written on the nameplate is right and doesn’t even doubt that such a problem could occur, and such cases can pose serious risks to the operator and equipment in which the motor is driving. Imagine the scenario if instead of a fan, it was some gearbox. The entire gearbox could have been damaged.

In one such instance, the motor rating was 7.5 kW and a 1500 RPM motor was installed instead of 3000 RPM due to which the motor always got overloaded. Another such incident took place somewhere else. There was 2.2 kW old motor with 3000 RPM which was replaced with a new 2.2 kW energy-efficient motor with 2000 RPM and heavy vibration was noticed. Such issues could be quite damaging, so it is suggested that while checking the motor or taking a trial of a new motor, RPM too should be checked with the help of a tachometer/RPM.

Avinash Singh is an Electrical Engineer with over 11 years of rich experience in Electrical Maintenance, Installation, Testing, and Commissioning of all major electrical equipment. He is specialized in bringing down Energy Cost of a Plant by reducing electricity bills and increasing energy efficiency. He also reduces plant breakdown costs by implementing proper maintenance activities during routine and shutdown. Through these Case Studies, he shares his experience and challenges faced in his work routine with the readers of Circuit Digest.