Wireless Charging is the process of recharging battery powered electronic devices without directly tethering them using wires and cables to a power source. The process gives users the freedom of charging their phone on the go without the need to plug to power outlet. This means wireless charging enabled smartphones and other devices could be charged by simply placing them on a coffee table for instance or even more complex machines like electric cars can be charged by simply parking them in the garage or by wireless charging enabled road. It eliminates all the safety issues associated with cord based charging and opens door to a new kind of freedom for users.

Wireless charging dates back to the late 1800s when Nikola Tesla developed the tesla coil which was supposed to help transmit power wirelessly, while the experiment failed to achieve the aim at the time, it sparked interest in the field and a lot more people began working on the Idea. In 2006, MIT began testing the use of resonant coupling to transmit large amount of energy and this paved the way for some of the great wireless charging technologies that exist today. You can check out this experiment to build a Mini Tesla coil to transmit power wirelessly.

Below is a block diagram to describe the components of a Wireless charging system and charging process:

As mentioned earlier, Wireless charging leverages on the principle of magnetic induction used in electric power transformers, generators and motors, such that the passage of electric current through a coil causes a changing magnetic field around that coil which induces a current in another coupled coil. This is the principle behind the transfer of electric energy between the primary and secondary coil in an electric transformer even though they seem electrically isolated. In Wireless charging each of the components (the transmitter and the receiver) that make up the system possesses a coil. The transmitter coil can be likened to the primary coil while the receiver coil can be likened to the secondary coil of an electric power transformer. When a Charging station is plugged into AC power supply, the power supplied is rectified to DC by the rectifier system after which the switching system takes over. The reason for the switching is to be able to generate the changing magnetic flux needed to induce charges in the receiver coil.

Wireless Charging Standards refer to the set of rules governing the design and development of wireless devices. There currently two different industry standard for wireless charging being promoted by to different bodies.

The QI standard on the other hand achieves wireless energy transfer using tight coupling between the coils and against the Rezence standard, the transmitter and receiver coil are always designed to operate at slightly different frequencies as it is believed more power is delivered using this setup. The QI Standard is being promoted by the wireless power consortium which includes members like Apple inc, Qualcomm, HTC to mention a few.

You can select the wireless standard that best suits your application by considering the trade-offs between the EMI, efficiency, and the freedom of alignment between the two standards. Nevertheless, certain wireless charging stations are designed to support both the standards, these provide high interoperability between devices.

Before building a wireless charging system the following should be put into consideration.

1. Standard: When equipping a device with wireless charging abilities, the first thing to do is to select the wireless power standard that fits the device and its use cases. Certain charging system are based on multiple standards.

2. Coil Selection: The next thing is selecting the right coil type and coil geometry to fit the use case. Vendors provide these coils in standard gauges so selection of the appropriate should be based on the recommendation of the datasheet of the wireless charging transmitter IC to be used.

3. Enclosure: When designing Wireless systems, it is important that the enclosure of the devices is not metal and is of a relatively flat surface to achieve a higher coupling factor between the transmitter and the receiver. Metal effectively prevents the energy being transmitted from getting to the receiver and the plastic enclosure must be designed to be ultra-thin.

The wireless charging system comprises of both the transmitter and the receiver as stated earlier. Below is the schematic showing the design of a transmitter. 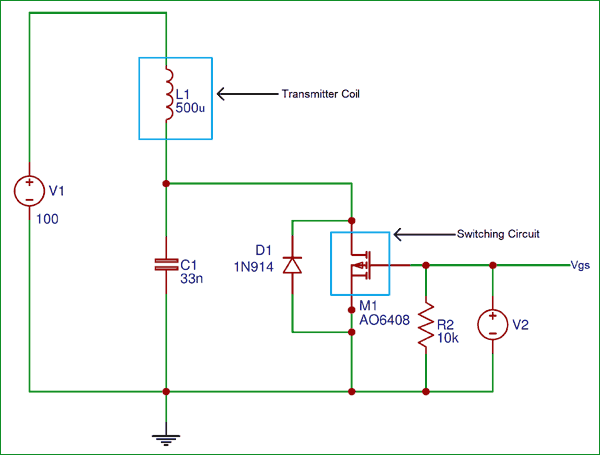 The design of the receiver is similar that of the transmitter except the action takes place in reverse order.  The receiver consists of a receiver coil, resonance network, and rectifier and a charger IC which uses the output of the rectifier circuit to charge the connected battery. An example of the receiver circuit is shown in the image below with the functional parts Highlighted. This example is based on the LTC4120 charging IC.

Wireless charging is currently being used in many applications including:

In addition to the fancy reasons why you should use wireless charging, like no need to plug in a device and no plug compatibility issues, wireless charging provides safety from hazards related to connecting directly to the mains. Furthermore, it’s reliable in harsher environments, such as drilling and mining and allows for seamless on-the-go charging.  Finally, wireless charging eliminates tangling and other mess created by wires. We have only just scratched the face of wireless charging with several novel applications, every product design being done with the future in mind should seek to incorporate wireless charging as its certainly one of the ways we will charge battery powered devices in the nearest future. 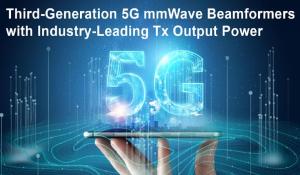 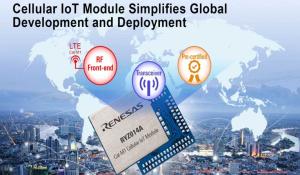