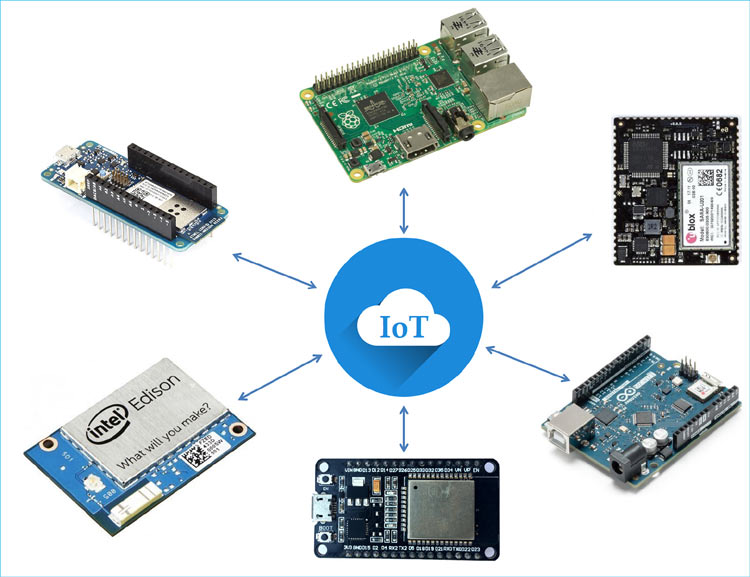 IoT (Internet of Things) is no longer a buzzword. With several inspiring use cases, emanating on a daily basis, multiple firms are now discovering how they could leverage on the technology for business growth. It is fast becoming an important feature for new devices to be IoT based, irrespective of the other technologies implemented and according to gartner, by 2020, 95% of new devices and systems will use the IoT. We already discussed about some popular IoT devices available in the market and also developed many DIY projects based on IoT.

While some of the businesses are leveraging on IoT for direct business solutions, other firms are tapping into the business opportunities that exists in the provision of IoT platforms to serve as backbones for rapid development and deployment of IoT solutions. These platforms have become a key part of the development of IoT solutions and today, we will take a look at some of them.

Due to the nature of the IoT Architecture, several types of IoT platforms exist with most of them focussing on providing solutions along specific verticals (SigFox for instance focussing on connectivity), while some (Like Particle.io) serve as an all in one platform, providing an end to end solution for IoT development. Today’s article will be the first in a multipart series to evaluate some of these platforms and we will be starting by introducing few popular IoT Hardware platforms for development.

This essentially refers to platforms that are used for the development of the “things” in the internet of things. It could refer to communication modules, Microcontrollers, and SoC modules with features that make them desirable for use in the development of IoT devices. The list below is in no particular order and by no means exhaustive as there are more development platforms than one could probably name, but it contains some of the most comprehensive, and maker-friendly platforms.

Particle.io is one of the most comprehensive end to end IoT platforms. It is an all-in-one io platform that offers IoT hardware development platform, connectivity, device cloud and apps. Particle makes a long line of IoT hardware development products for both rapid prototypes and DFM level production. Building an IoT product starts with connecting the devices to the internet and all the Particle’s microcontroller boards are enabled to communicate over either of Wi-Fi, cellular (2G/3G/LTE), or mesh. With some of their boards featuring multiple communication options onboard. Their microcontrollers are controlled by a special OS which enables developer to integrate the devices easily with particle’s device cloud and apps. As a peck, their devices and communication modules come with CE and FCC certifications which reduce the cost of certificate, on when the product is ready to be scaled. Their boards are open source ensuring there is a lot of support for product development.

Personally, one of the major reasons I like particle boards is the end to end nature of the services they provide. This ensures you to get support on every step of the way, without worrying about compatibility. 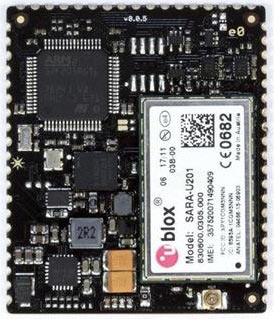 When it comes to building IoT devices, the range of products from Espressif and AI thinker is the next best thing to particle. Since the release of the ESP8266-01 WiFi chip some years back, ESP8266 based chips and boards have grown from being the darlings of makers and hobbyist to being one of the most preferred chipset for WiFi based IoT devices. The Modules are usually low-cost, low-power, and easy to use. These among other factors, endear them to the heart of hardware designers. The ESP chips come with a lot of flexibility and can be used either as WiFi modules, connected to other microcontrollers or used in standalone modes without additional microcontrollers. 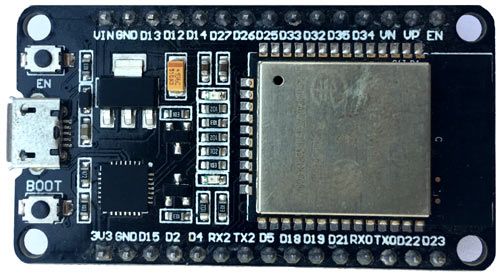 They Possess small form factors and make it easy to implement IoT enabling functions like OTA firmware updates. The availability of Development boards like NodeMCU and several other ESP based third party boards enables developers to get a feel of the board before using them in Designs.  Just like the particle boards, ESP8266 boards, come with FCC and CE certification to reduce the general cost of certifying the device after manufacturing. The ESP provides one of the most robust, dedicated WiFi interface in the industry, featuring several protocols that support the IoT like the ESP Touch protocol that enables the device to safely and seamlessly access the internet via WiFi networks.

ESP8266 boards are easy to learn and can be used with any microcontrollers to build ESP8266 based IoT projects.

Intel is by no doubt one of the major leaders of the semiconductor kingdom and it was no surprise when they released a couple of boards with IoT enabling features a while back. While they have discontinued support for some of the old boards, some of these boards are still being used for rapid prototyping by makers and product development by designers. One of the major features of the board, unsurprisingly is the huge processing capabilities. One of the most popular of the Intel boards is the Intel Edison compute module. 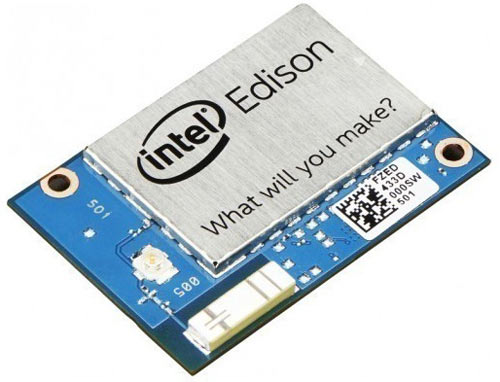 According to Intel’s website, the compute module was designed for experts, makers, entrepreneurs, and for use in industrial IoT applications. The module provides ease-of-development for prototypes development and use in a range of commercial ventures when performance matters. The module uses a 22 nm Intel SoC that includes a dual core, dual threaded Intel Atom CPU at 500MHz and a 32-bit Intel® Quark microcontroller which runs at 100 MHz. The module and most of the other boards like the Intel Curie and the Intel Galileo has however been discontinued. The currently most popular IoT hardware development platform from Intel is the Up Squared groove IoT Development Kit which is a platform designed specifically to suit the rugged demands of industrial IoT applications. 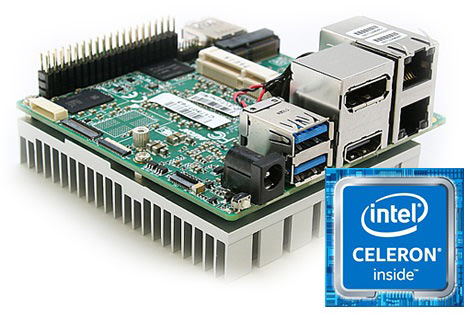 Adafruit is one of the biggest online electronics component store. Adafruit joined the IoT race a while back with special line of product like the Adafruit feather boards that possessed unique features to enable the development of scalable IoT prototypes. Asides the development boards, just like particle, Adafruit provides cloud services for devices with simple client libraries for all major IoT hardware development platforms, Powerful API, beautiful Dashboards and an all-round secure IoT platform. It could be easily said that the major difference between Adafruit and Particle is the way their products are designed. Adafruit.io is designed with a unique focus on the maker community. It’s a solution perfect for prototype development. Particle on the other hand, has a more commercial, product grade undertone. 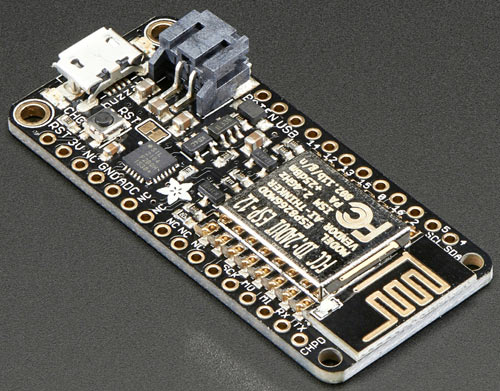 It’s impossible for the Arduino to be an unfamiliar name to anyone within the IoT space. Long before the IoT became mainstream, several of the Arduino boards were already being used to develop prototypes for connected devices. With the ease of programming and the plug and play nature of Arduino based system, it quickly became loved by many in the hardware space. The early Arduino boards, were mostly general purpose microcontrollers which were connected to the internet using GSM and WiFi modules, but as the IoT began to Open up, boards with special features that support the IoT were developed. Boards like the Arduino 101(developed with Intel), the MKR1000, Arduino WiFi Rev 2 and the MKR Vidor 4000 which is the first Arduino board based on an FPGA Chip. 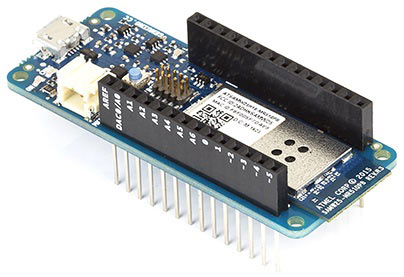 Each of these boards was made with the IoT in mind, and they all have different features that make them more suitable for specific IoT solution. The Arduino WiFi Rev 2 for instance comes with an IMU which makes it suitable for drone based applications. 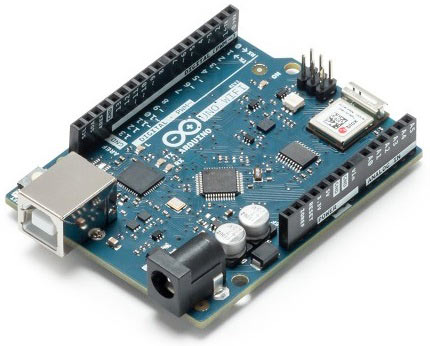 Like Adafruit and particle, Arduino also has a cloud service dedicated to be used by certain Arduino boards including; the MKR1000, Arduino Yun/Yun Shield and the Arduino 101/WiFi Shield 101. The Arduino device cloud (cloud.arduino.cc) offers a simple tool for makers to connect their device to the internet and takes a very short setup process to get things working.

Even a normal Arduino Uno can be used with Espressif ESP8266 modules to build IoT Projects.

While the Raspberry Pi is naturally a general purpose device, it will be injustice to ignore the contribution of the raspberry to the development of some of IoT products and projects currently in vogue. They are generally too robust and sophisticated to be used in the development of simple connected sensors or actuators, but they find application serving as data aggregators, hubs and device gateways in IoT projects. The latest of the raspberry pi boards; the Raspberry pi 3 model B+ features a 1.4GHz Broadcom BCM2837B0, Cortex-A53 (ARMv8) 64-bit SoC, 2.4GHz and 5GHz IEEE 802.11.b/g/n/ac wireless LAN, Bluetooth 4.2, BLE,  and a Gigabit Ethernet port over USB 2.0 (maximum throughput 300 Mbps). Asides several other features including 4 USB ports, Audio output, to mention a few, the board comes with a 1GB LPDDR2 SDRAM which makes it quite fast for IoT based tasks. 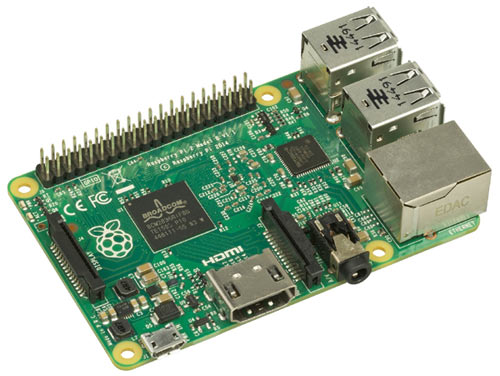 To appeal to the Industrial IoT crowd and generally people who would love to use the Raspberry pi in their products, the raspberry pi compute module was launched. The Raspberry pi compute module three (CM 3) is currently the latest and it contains the guts of a Raspberry Pi 3 (the BCM2837 processor and 1GB RAM) as well as a 4GB eMMC Flash device (which is the equivalent of the SD card in the Pi) running at a 1.2GHz processor speed all integrated on a small 67.6mm x 31mm board which fits into a standard DDR2 SODIMM connector (the same type of connector as used for laptop memory).

This feature makes the raspberry suitable for use as gateways and in projects high processing speed requirements.

The good thing about all the platforms mentioned above is their open source nature which means there is a lot of support for development irrespective of the platform you choose. As mentioned in the beginning, this is not an exhaustive as several other platforms like the Beaglebone, Banana Pi and the SparkFun list of IoT boards exist.