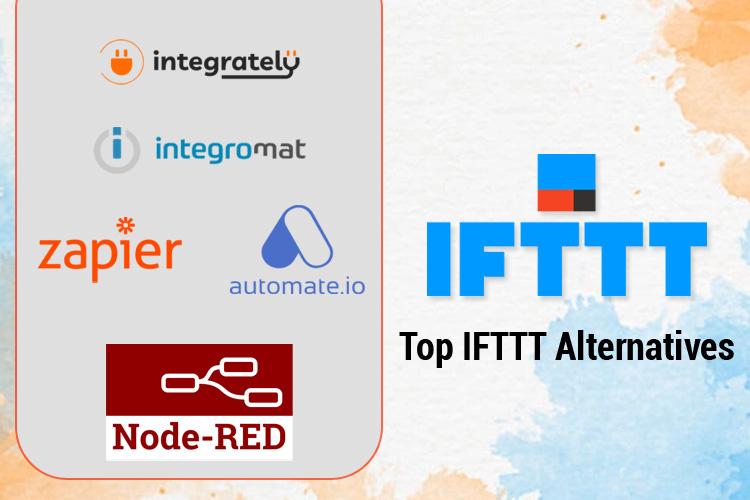 IFTTT is a famous automation platform that allows you to automate actions across several apps. As the name suggests IFTTT (If This Then That) is a two-step automation method where in the first step you must define the trigger and in the second step the action that you want to see when a trigger occurs. That makes it ideal for basic home automation projects and getting your apps to communicate with one another. IFTTT automations helps you save time and energy by automating repetitive and routine actions like turning on the air conditioner when the temperature drops, automatically transferring sensor data to Google Sheets, and so on. It does, however, have some restrictions. Firstly, it only supports two-step automation, so you won't be able to complete complex automation/tasks with it. Second, in their recent upgrade, IFTTT announced their “Pro” subscription and restrictions on free accounts. Under IFTTT’s new subscription policy, you can only have 3 “custom” applets created/enabled at any time – which is quite a downgrade from their unlimited free plan.

So, if you've been an IFTTT user for a long time and want to switch due to their recent upgrades, or if you're a newcomer and want to automate your IoT projects, here are the top 5 IFTTT alternatives that you can consider for your next project:

Some of these platforms have more integrations and allow for more advanced use cases than IFTTT. However, each service has its own set of disadvantages. So, throughout this article I'll go over features of each platform with their pros and cons, as well as their pricing, so you'll know what to expect if you decide to utilize them in your next project. 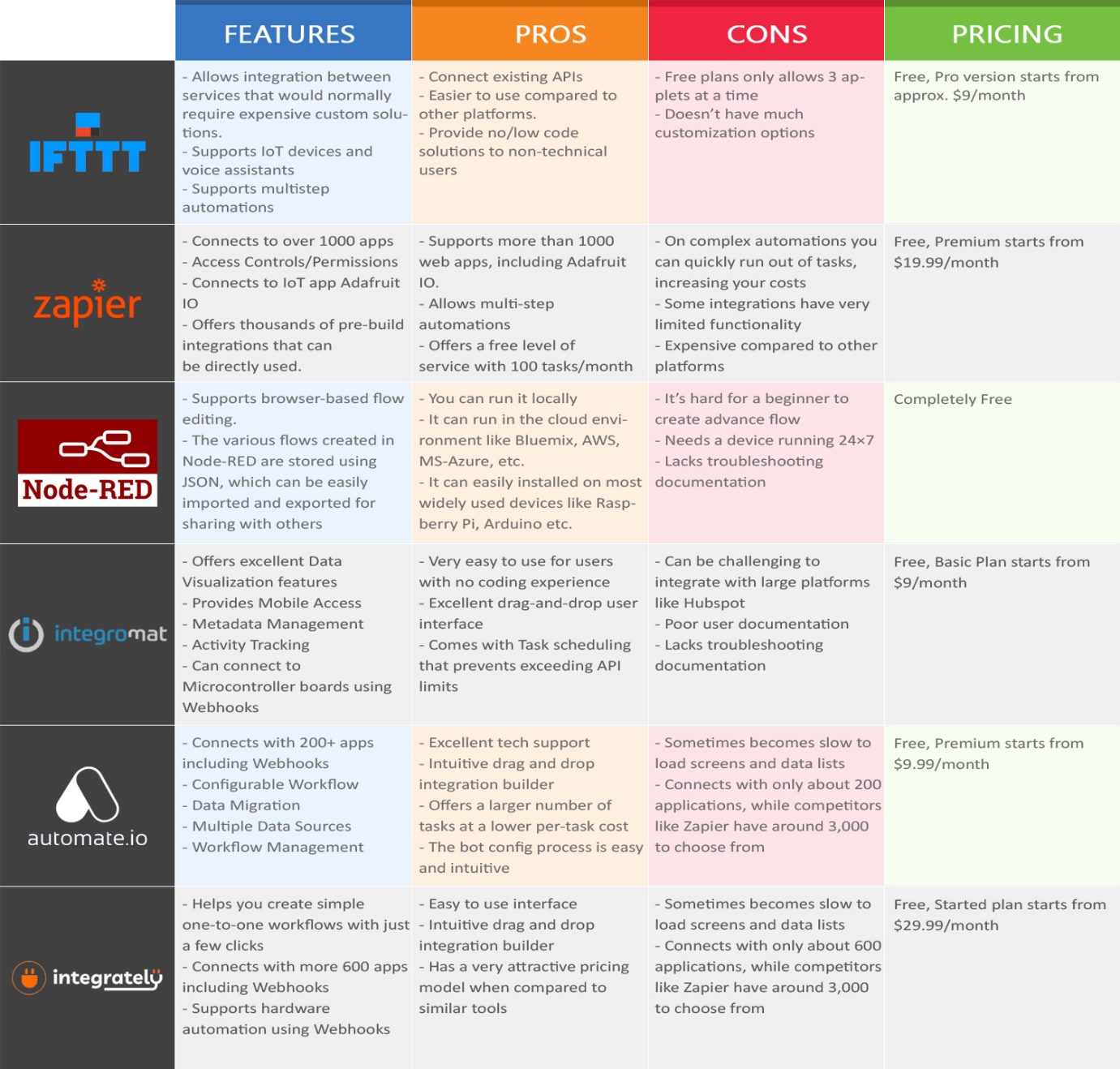 Zapier is undoubtedly the most well-known IFTTT competitor and one of the most popular IFTTT alternatives. It works in a similar way to its competitor. The Zapier connects apps and services via "Zaps." It's designed for customers who wish to build sophisticated sequences. Zapier connects more than 1000 web apps, including Adafruit.IO, Webhook’s, Google sheets, Slack, etc.

Zapier can be easily used with popular microcontroller boards like Arduino, ESP & Raspberry pi in home automation and other automation projects. Creating a ‘Zap’ in Zapier is similar to creating an Applet in IFTTT. In one of our projects, we used Zapier with NodeMCU to send email notifications whenever temperature crosses a certain limit and the results were good but it takes around one minute to send the notifications.

With the free version, you can build one-to-one connections with your apps and perform 100 tasks per month. Other than the free plan, Zapier offers four price points. The starter plan allows you to perform 750 tasks/month and you can create multi-step 20 Zaps with 15 min update time. All other plans are explained below image: 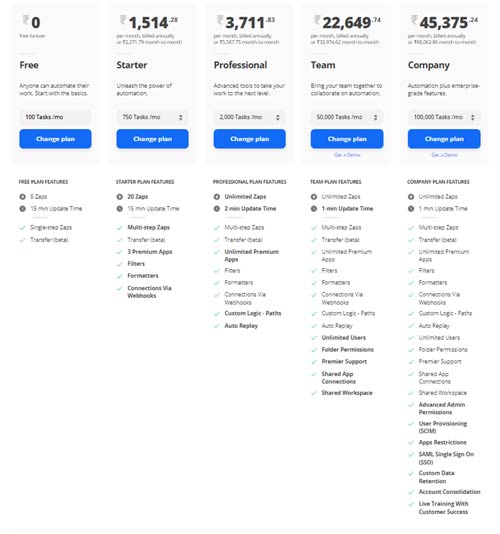 Unlike IFTTT, Node-RED is an open-source flow-based programming tool for wiring together hardware devices, APIs, and online services in a new and interesting way. It provides a browser-based editor that makes it easy to wire together ‘flows’ using the wide range of nodes in the palette that can be deployed to its runtime in a single click. Node-RED comes with a large library of useful functions, templates, and flows. It also uses an event-driven, non-blocking paradigm, making it suitable for use on low-cost hardware. 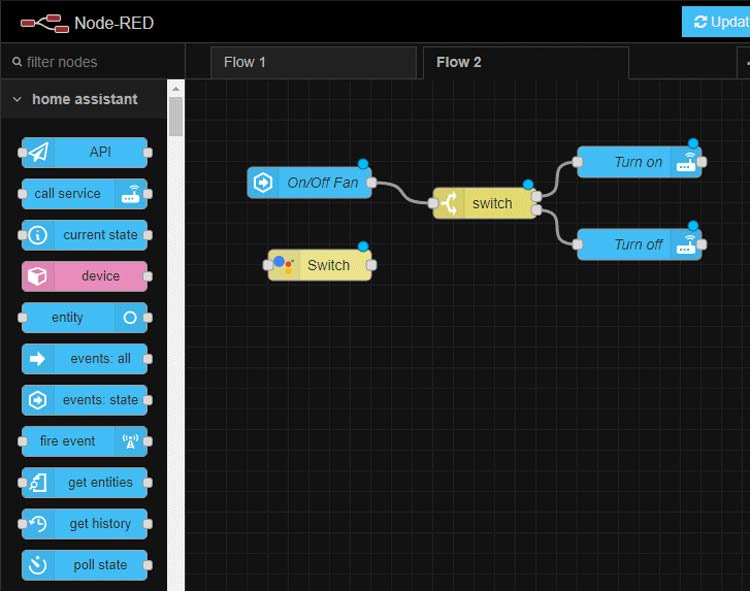 IFTTT is great for home use or personal productivity and it is an easy-to-use IFTTT for putting together simple automation. While Node-RED can be used to build more complex flows and automation and requires some amount of knowledge. Node-RED can be easily used with Raspberry Pi, Arduino, or ESP board to automate IoT projects. For Raspberry Pi, you just have to install the Node-RED on Pi and you can use it to create automations. If you want to use it with Arduino or ESP boards, then you have to install the Node-RED server on a Laptop or PC and then connect the boards using Serial or MQTT communication protocol.

Node-RED is a completely free, open-source, JavaScript-based server, and web GUI. It doesn’t put any limitations on its usages and allows users to create as many flows and automations as they want.

Integromat is a robust integration platform that lets you visualize, develop, and automate your work in a matter of minutes. It has the ability to not only connect apps but also to move and transform data. It provides many pre-developed integrations for use cases, from software development to time and task management. All these integrations can be customized as simple or complex as your design requires. Integromat connects more than 650 web apps, including Facebook Lead Ads, Webhook’s, Google Sheets, Slack, etc. 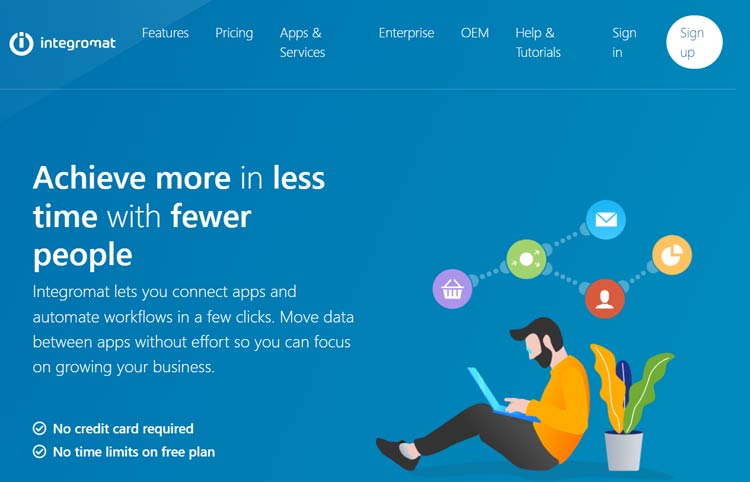 Integromat is mainly used to automate the software-based applications but it can also be used to automate ESP, Raspberry Pi-based applications as it supports Webhooks integration. To do that add the Webhooks to the scenario and click on the Add button next to the Webhook field and enter a name for the new webhook. After that, you will see a unique URL that Integromat will listen for. Use this URL in your Arduino or Raspberry Pi code.

Automate.io is an integration platform that allows users to integrate all the tools and services they use on a daily basis, so they can operate together smoothly. Using Automate.io you’ll be able to set up automated tasks in just a few clicks, without needing to learn how to code or write scripts. They offer integrations with a wide range of services like Webhooks, Trello, Google Docs, social media apps, and other popular platforms.

It’s ideal for automating time-consuming, repetitive tasks. It also supports Webhooks integration that makes it a perfect fit to automate IoT devices. For example, if you want to send a message notification whenever the NodeMCU detect motion then paste the webhook URL in the code. Automate.IO will listen to this URL and when it receives data from NodeMCU it will send a message to a specified number using the Twilio app. 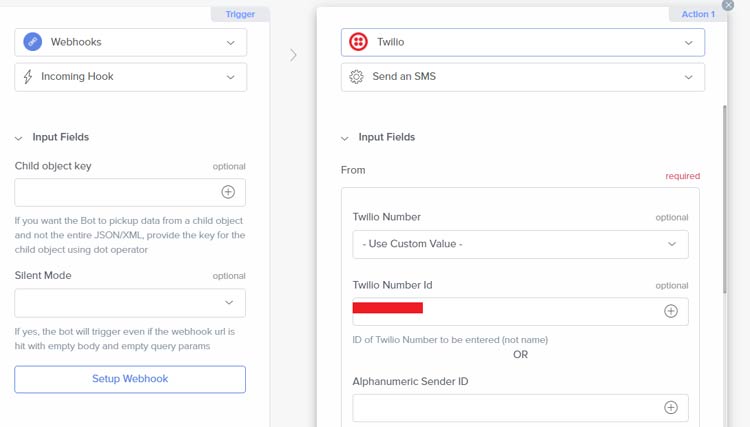 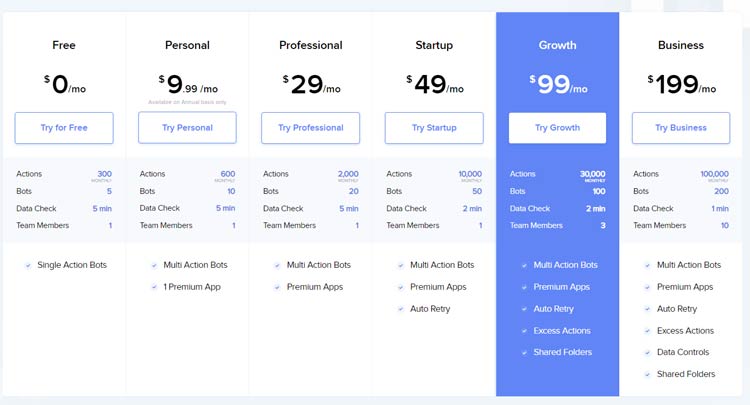 Integrately is a one-click automation platform that enables you to connect multiple apps with amazing ease. Integrately helps you create simple one-to-one workflows or sophisticated workflows with just a few clicks. Integrately also offers ready-to-use automations that helps you set up your workflow in just a click. It also has the feature to share your automations with your peers or clients. Integrately can connect more than 600 web apps, including Facebook Lead Ads, Webhook’s, Google sheets, Slack etc. 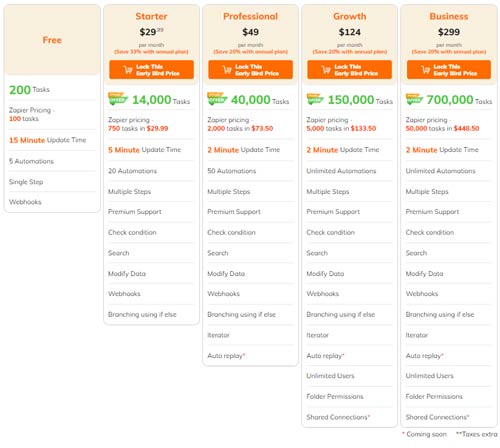 That’s all. These are the 5 best alternatives that you can use in place of IFTTT. As for the above-listed automation platforms, the automations & integrations provided by them are top-notch and open doors for ample of innovations. Let us know what's your views about these IFTTT alternatives in the comments section.