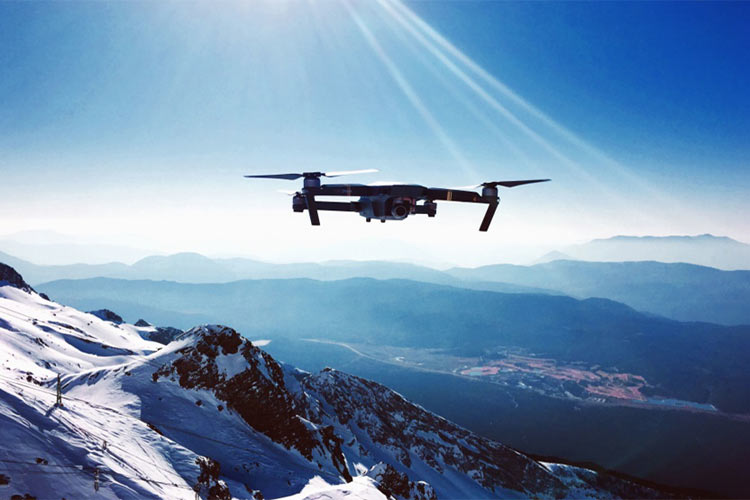 As predicted by the FAA a few years back, the drone sales for commercial purposes have increased dramatically, so has the global solar energy capacity. These two technologies together have raised the hopes of seeing solar-powered drones flying high up in the sky. Many small private companies, large tech and aviation giants like Airbus, Boeing, Google, AeroVironment, Sunbirds SAS, Sunlight Aerospace, etc. have already been in the market for quite some time now and are working intensely towards the development of solar-powered drones.

The focus on greater use of renewable sources of energy is anticipated to boost the growth of the market to a greater extent and the application of drones in aerial photography, solar farming, data collection, agricultural farming, mining, etc. is driving the growth of the solar-powered drones market. According to the Global Solar-powered UAV Market 2020-2024 report, the solar-powered UAV market is expected to grow by $ 485.46 million by 2024 progressing at a CAGR of 10%. 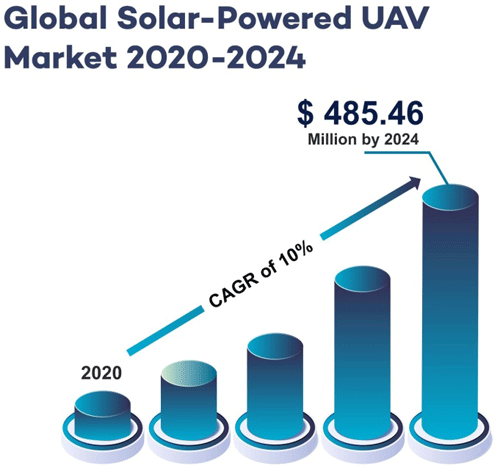 Undoubtedly, solar-powered UAVs have demonstrated interesting capabilities for high altitude and long endurance but current solar-powered UAVs are extremely light and fragile and have small payloads. In terms of weight and the energy captured, the solar panels are becoming more and more efficient but the question that remains to be answered is – How feasible are the solar-powered drones and what are the technical issues aviation companies are facing? We have talked in detail about the UAVs, their types, and their application in one of our articles. Today, we decided to shed some light on solar-powered drones, their feasibility, and technical difficulties.

What is the Feasibility of Solar-Powered Drones?

Weather dependency, absence of strict regulations, rising UAV incidents, etc. are the major factors that have lessening downs the feasibility of solar-powered UAVs. Technically speaking, the sun delivers 100% energy and for a drone to store, and use solar energy, a vast area is required on which solar panels can be installed. Additionally, solar panels need to be 100% efficient. Let’s talk about the difficulties/challenges that have to be solved for a solar-powered drone to maximize the solar energy collection.

The solar-powered drones have low maintenance costs and ensure to reduce the carbon footprint on a large scale but to ensure high efficiency, a large area is required for the solar panels to be installed. The solar panels in the sun-powered drones are installed on fixed wings. The bigger the panels, the more the power they suck up from the sun. Increasing the size of the drone tremendously can help in making optimum utilization of solar power and that’s where the problem lies. Bulky solar panels are not at all feasible for drone applications. This problem is being addressed by various companies working on next generation-type flexible, thin, and lightweight solar panels that are being extensively used.

What’s the Solution Then?

Due to the increase in the power generation capacity of solar energy, several advancements are taking place in the solar-powered drones market globally. Additionally, organizations are exploring new possibilities for using Solar Powered UAVs for various purposes and tackling issues on a global scale. With this application of drones in various industries, there is ongoing research that is taking place for the substitution of structural components of UAVs with power storage and power generation devices to improve the flight endurance and performance capabilities of solar-powered UAVs.

Placing solar cells on drones isn’t the only drone technology in which research and development are taking place. Aviation companies are working towards reducing the parasitic weight that is high because of the required power systems on board. Also, efforts are being made to include lithium polymer batteries and energy generation devices such as solar cells. Various free energy generating devices viz. structural energy storage devices, thermo-electric generators structural solar cells, etc. are being used to make the drone fly efficiently. Moreover, efforts are being made for improving the power-to-weight ratio of the aircraft and enabling a structure to withstand various nominal and off-nominal aerodynamic loading conditions that it might experience during flight.

Solar tree and EV chargers are being developed by companies like Envision Solar. This California based company has also designed EV ARC (which acts as a drone charger) to address distance and range-related issues. The UAV ARC is completely off-grid and is equipped with batteries making the product much more scalable. The device is not only aimed to be used for charging drone fleets but also to gather information about solar drones and give report performance information.

We got the opportunity to talk to Shweta Patil, Technology Specialist at ISPAGRO Robotics, and understood some technological aspects in designing solar-powered drones and also about their feasibility. Here is what she said:

“Drones are the Dynamic Remotely Operated Navigation Equipment that can carry payloads of variable sizes. They make use of a renewable energy source for charging the system and can stay in the air for a very long time and thus have high endurance. Such drones can maintain a fixed position relative to the earth's surface and maintain flight at a fixed altitude above the earth's surface, hence, can be used as a communication system such as a satellite for cell phone signals and internet connections. Talking about the feasibility of solar-powered drones, it is challenging to design a working solar-powered drone as solar energy is weak in terms of energy flux. Besides, the design and orientation of the wings have to be unique for absorbing maximum solar energy. Moreover, it would require 350 meters of wingspan to capture 100% of solar energy. But the highest solar efficiency recorded is approximately 46% that requires more than 700 meters of wingspan.

The technical difficulties faced in designing solar-powered drones are: The structural design and layout should be lightweight, stiff, and stable to withstand atmospheric turbulence. Designing UAVs with higher payload capacities and maintaining stable flight at great height is challenging. Also, aligning and positioning of winglets to maximize the absorption of energy is very crucial, finding the exact suitable position requires a lot of research and experiment. Other than that, increasing the efficiency of the energy system (that includes an energy storage system, solar array, energy management, and distribution) to improve the performance of solar UAV is an intricate task.

Solar-powered drones have remarkable performance and broad development prospects. However, there are still many difficulties and issues like the structural design and flight stability that need to be addressed to improve their performance to a great extent. If we make a breakthrough in the aerodynamic layout and rigid structure formation, then we can enter a stage of rapid development.”

Recent Advancements That Have Taken Place in Solar-Powered Drones Market

This is an unmanned, long-endurance solar-powered UAV developed in partnership between Tokyo-based SoftBank subsidiary HAPSMobile and U.S. defense contractor AeroVironment. HAWK30 completed a test flight at a NASA research center in California in September 2019 and is underway to begin providing HAPS-based services by 2023. The drone is constructed from lightweight materials, has 10 propellers and a 256-foot wingspan. The solar panels are installed on the wing surface to feed a high energy density lithium-ion battery enabling the UAV to continue flying and transmitting even after the sunset.

This fully autonomous solar-powered drone from Sunbirds took flight on September 14, 2020, by crossing twice the English Channel, making a round-trip from Sangatte to Dover. This lightweight solar-powered drone achieved a 100 km and 2 h 21 min. flight over the sea from one country to another with batteries 100% charged on arrival.

Recently, EAV3 made by Korea Aerospace Research Institute (KARI) completed its Longest Continuous Flight of 53 hours at a high altitude where the air was insufficient. This solar-powered UAV is equipped with ultra-energy-dense cells, it is 9m long, with a wingspan of 20m, and weighs around 21 kg (46 lbs). It flew at a height of 12-18 kilometers in the stratosphere for 16 hours and broke the record of a solar-powered drone that completed a 90-minute flight at an altitude of 18 kilometers in 2016. 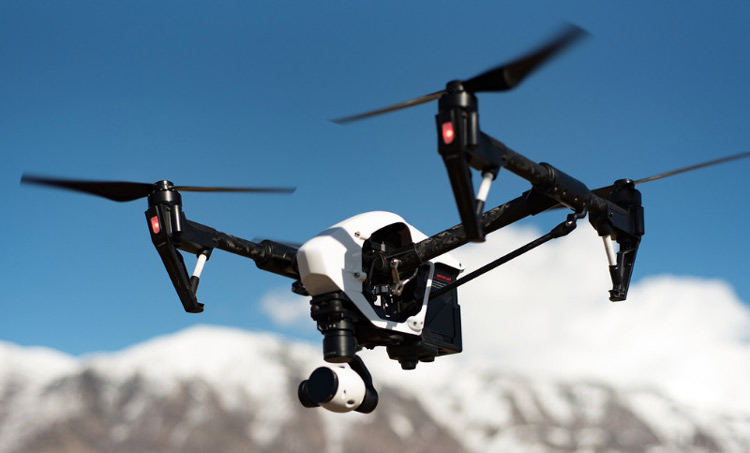 Seeing the solutions and witnessing more and more companies joining the bandwagon, it’s hard not to predict the bright prospects that lay ahead for solar-powered UAVs. Efforts are actively underway worldwide to develop this technology to be applied to aircraft, primarily because it can perform tasks in an eco-friendly manner at a lower cost. From helping in various military operations, data collection, and drone-based delivery for disaster relief and commercial retailers, solar-powered UAVs have made it markedly more efficient and economical to get things done. We won’t be wrong in calling the solar-powered UAVs and the next big thing!