How 5G is becoming an Important Technology Ingredient for IoT 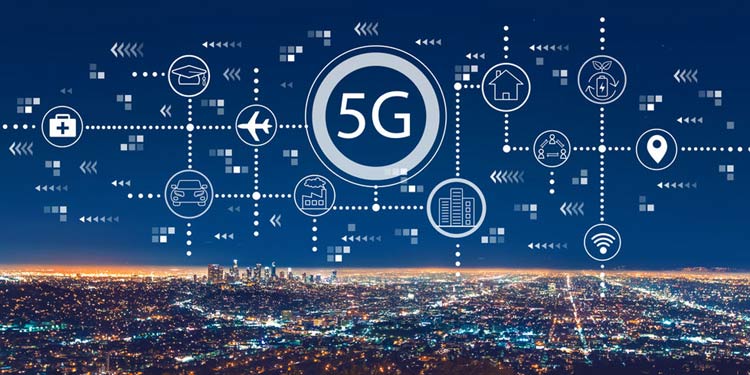 Internet and connectivity are taking center stage, not just in the industrial environment but also among individuals’ personal spaces. With internet becoming the prime ‘ingredient’ in nearly every electronic system, the importance of connectivity has been amplified to a whole new level, today.

In the world, where everything can be connected either to the Cloud or another ‘smart’ device, the emergence of the fifth generation (5G) of mobile networks marks a milestone. 5G is no more the concept from future in most developed countries, and it is soon likely to make a foray into developing nations.

The benefits of 5G can be integral not only in strengthening the applications of Internet of Things (IoT) in case of low-power wide-area networks (LPWAN) but also in case of IoT applications that are based on ultra-reliable low-latency communications (uRLLC).

5G can be extremely beneficial in all the types of IoT circuits, though not all the IoT designs are completely dependent on 5G networks. With the speed at which technologies such as IoT and Artificial Intelligence (AI) are evolving across the world, the introduction to 5G is expected to ingrain a sea change in the world of IoT.

Many service providers are flocking to offer 5G network services, which is expected to accelerate the 5G rollout in the upcoming years, shaping a new future for IoT as well as a connected world. This article sheds lights on how 5G is influencing IoT to create a better-connected world through advanced electronics.

Importance of 5G for IoT

Though 5G is not indispensable for the implementation of IoT in various applications, its emergence is tapping into the complete potential of this technology. The convergence of 5G with IoT is facilitating the process of ultimate connectedness of the world into fruition.

5G is on the verge of becoming an important part of the process of improving efficiency and reliability of IoT-based devices. With the implementation of 5G network in IoT systems, businesses as well as individuals will be able to reap the rewards of quicker transmission of data over thousands of kilometers without the risk of overcrowding the network. Faster speed of data transmission will improve the reliability of IoT applications, as it will enable innovative features such as the real-time monitoring facility, in most of the ‘smart’ and ‘intelligent’ devices.

5G will also have a critical role to play in boosting the power efficiency of IoT-based ‘smart’ devices. 5G can enhance the battery life for various smart devices with ‘IoT connectivity’ by minimizing power consumption in various processes such as monitoring, sensing, as well as metering.

While IoT is gaining popularity among individuals, owing to its benefits in streamlining various operations—mainly related to safety, security, power efficiency, and health—5G is emerging as a new technological, functional ingredient for IoT to boost its connectivity, reliability, and speed.

mMTC: A New Buzzword in the World of IoT and Smart Cities

Connectivity is becoming one of the most important indicators of measuring development for all the economies in the world, as limited network availability and reliability has stunted growth for dense urban areas, especially in developing nations. Poor connectivity and inability to meet specific power requirements of various electronic devices has been restricting the penetration of advanced applications of IoT in most developing countries.

Country that can rollout 5G networks more efficiently has the best chance at becoming the economy with industrial innovations that can set new standards for the world. The future is bright for 5G, especially in emerging countries, where most governing bodies are embarking upon their ‘Smart City’ projects. With advent of 5G, the performance attributes of ultra-reliable low-latency communications (uRLLC) - based IoT circuits are expected to rise to a whole new level, facilitating growth in various industrial verticals—especially in autonomous vehicles and TeleHealth applications.

In addition, applications of IoT based on massive machine type communications (mMTC) will become a primary catalyst in growth of smart cities, as 5G and mMTC-based IoT are the linchpin for smart factories and the Industry 4.0 trend.

By enhancing the battery life as well as low-power operational capabilities of IoT-based devices, 5G is becoming the workhorse for smart city projects. 5G can boost performance of conventional IoT devices by utilizing both unlicensed and licensed spectrum bands through advancements in Narrowband IoT (NB-IoT) and the Category M1 (Cat M1) technology.

When NB-IoT devices in most industrial environments are supported by 5G networks, smart manufacturing facilities and smart city projects will be able to reap benefits of uRLLC and mMTC.

How will 5G Impact IoT Applications in Industrial Environment 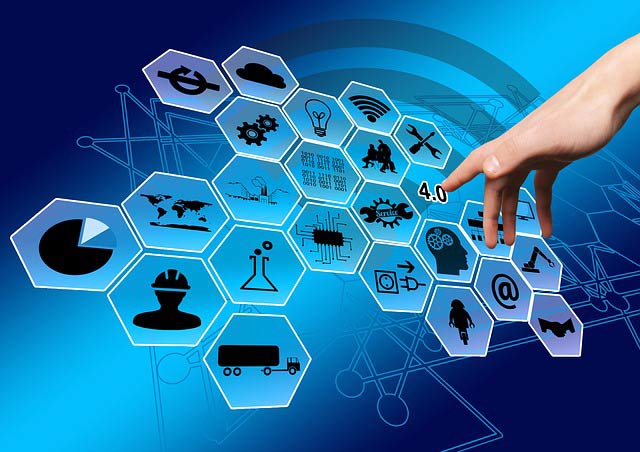 Successful implementation of 5G in IoT applications will be of paramount importance on the industrial development across the world. With advent of the fourth industrial revolution—Industry 4.0—the need for boosting connectivity and speed of data transfer will surge rapidly, and 5G is highly likely to replace all the conventional modes of networking.

5G-enabled IoT applications have the capability of revolutionizing nearly every industrial sector, including retail, manufacturing, logistics, automotive, and healthcare, with improved connectivity, faster data transfer, and reduced latency. The industrial space will hugely benefit from the superior connectivity benefits of 5G incorporated in IoT designs, and can transform the operational model for many businesses in the future.

The rise of 5G in IoT will support the development of other technologies, such as Artificial Intelligence, augmented reality (AR) or virtual reality (VR), and Machine Learning. 5G-enabled IoT devices and system will bolster innovation in the industrial landscape, taking businesses beyond the conventional revenue streams. Businesses can upscale in terms of connectivity in terms of ultra-low bit rates, deeper coverage, ultra-high density, and ultra-low energy consumption with the convergence of 5G with IoT.

Though the worldwide penetration of 5G is still a concept from the future, most countries are focusing on entering into the world with better connectivity and incredibly superior modes of communication, which is mainly due to the major impacts of 5G on IoT.