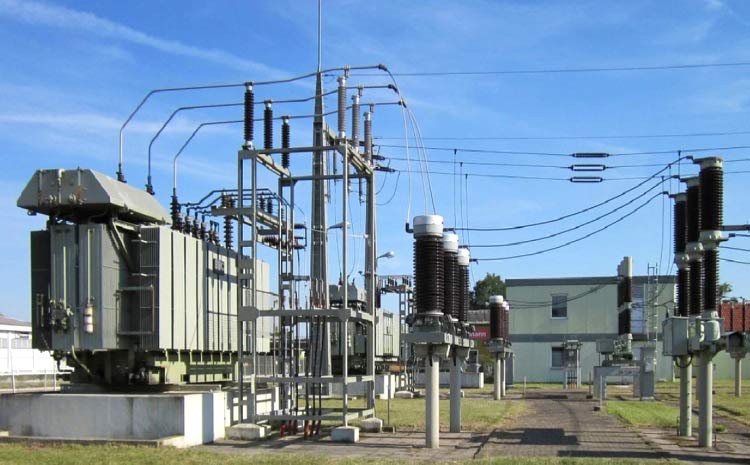 Transformers are one of the most critical and expensive components of any distribution system. It is an enclosed static device usually drenched in oil, and hence faults occurring to it are limited. But the effect of a rare fault can be very dangerous for the transformer, and the long lead time for repair and replacement of transformers makes things even worse. Hence power transformers protection becomes very crucial.

Faults occurring on a transformer are mainly divided into two types, which are, external faults and internal faults, to avoid any danger to the transformer, an external fault is cleared by a complex relay system within the shortest possible time. The internal faults are mainly based on sensors and measurement systems. We will talk about those processes further in the article. Before we get there, it is important to understand that there are many types of transformers and in this article, we will discussing mainly about power transformer that is used in distribution systems. You can also learn about the working of power transformer to understand the basics of it.

So in this article, we will talk about the most common principles used to protect transformers from catastrophic failures.

The protection system used for a power transformer depends on the transformer's categories. A table below shows that,

Additionally, mechanical relays such as Buchholtz relays, and sudden pressure relays are widely applied for transformer protection. In addition to these relays, thermal overload protection is often implemented to extend a transformer’s lifetime rather than for detecting faults.

Transformers overheat due to the overloads and short circuit conditions. The allowable overload and the corresponding duration are dependent on the type of transformer and class of insulation used for the transformer.

Higher loads can be maintained for a very short amount of time if it is for a very long, it can damage the insulation due to temperature rise above an assumed maximum temperature. The temperature in the oil-cooled transformer is considered maximum when its 95*C, beyond which the life expectancy of the transformer decreases and it has detrimental effects in the insulation of the wire. That is why overheating protection becomes essential. 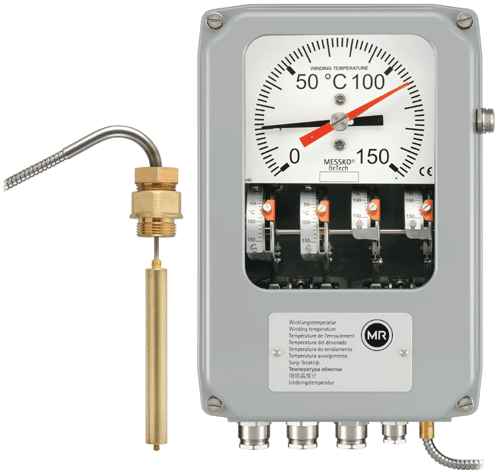 If we look down, we can see four arrows through which we can configure the device to act as an alarm or trip or they can be used to start or stop pumps or cooling fans. 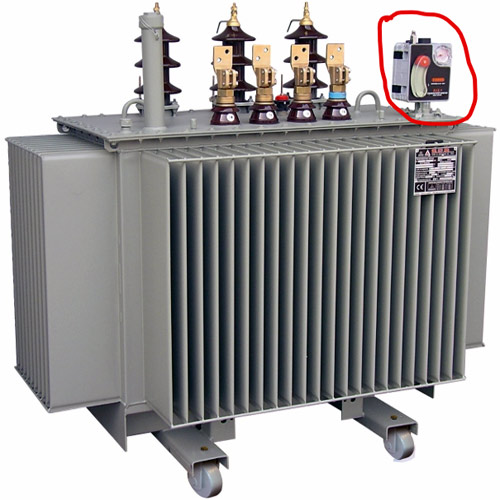 The capabilities of the IDMT relay is restricted. These sorts of relays have to be set 150% to 200% of the max rated current, otherwise, the relays will operate for emergency overload conditions. Therefore, these relays provide minor protection for faults inside the transformer tank.

The Percentage Biased Current Differential Protection is used to protect power transformers and it is one of the most common transformer protection schemes that provide the best overall protection. These types of protection are used for transformers of rating exceeding 2 MVA. 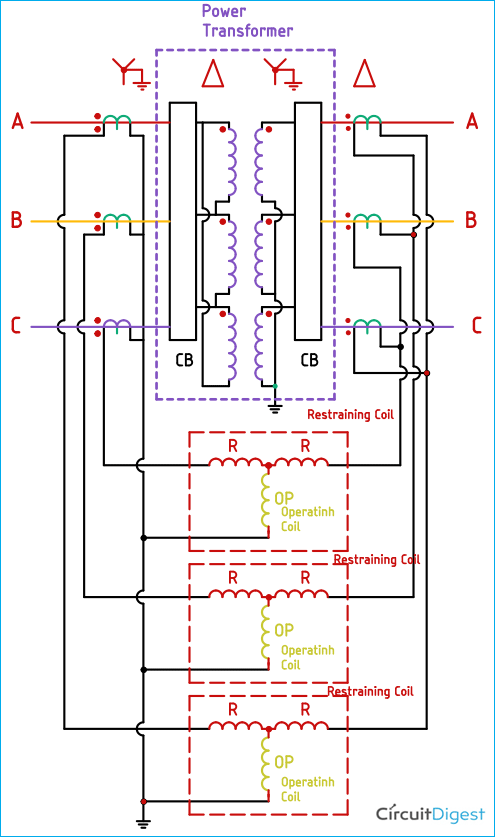 A very high fault current can flow when a fault occurs at the transformer bushing. In that case, the fault needs to be cleared as soon as possible. The reach of a particular protection device should be only limited to the zone of the transformer, which means if any ground fault occurs in a different location, the relay allocated for that zone should get triggered, and other relays should stay the same. So, that is why the relay is named Restricted earth fault protection relay.

Now let us assume a fault condition occurs. That fault will be detected by the CTs as it has a zero-sequence component and the current starts flowing through the protection relay, when that happens, the relay will trip and protect the transformer. 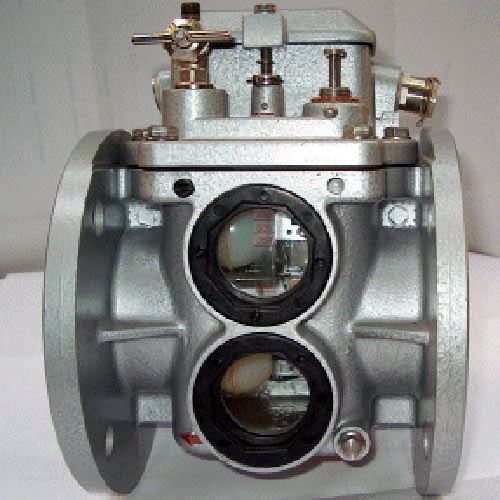 The above picture shows a Buchholz relay. The Buchholtz relay is fitted in between the main transformer unit and the conservator tank when a fault occurs within the transformer, it detects the resolved gas with the help of a float switch.

If you look closely, you can see an arrow, gas flows out from the main tank to the conservator tank, normally there should not be any gas in the transformer itself. Most of the gas is referred to as dissolved gas and nine different types of gasses can be produced depending on the fault condition. There are two valves at the top of this relay, these valves are used to reduce the gas build-up, and it's also used to take out a gas sample.

When a fault condition occurs, we have sparks between the windings, or in between windings and the core. These small electrical discharges in the windings will heat the insulating oil, and the oil will break down, thus it produces gases, the severity of the breakdown, detects which glasses are created.

A large energy discharge will have a production of acetylene, and as you may know, acetylene takes a lot of energy to be produced. And you should always remember that any type of fault will produce gases, by analyzing the amount of gas, we can find the severity of the fault. 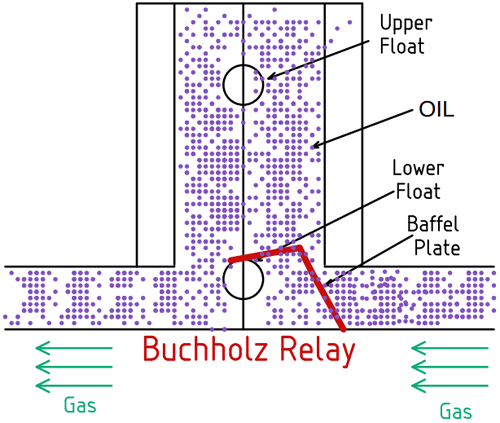 As you can see from the image, we have two floats: an upper float and a lower float, also we have a baffle plate that is pushing down the lower float.

When a large electrical fault occurs, it produces a lot of gas than the gas flows through the pipe, which shifts the baffle plate and that forces the lower floated down, now we have a combination, the upper float is up and the lower float is down and the baffle plate has tilted. This combination indicates that a massive fault has occurred. which shuts down the transformer and it also generates an alarm. The image below shows exactly that, 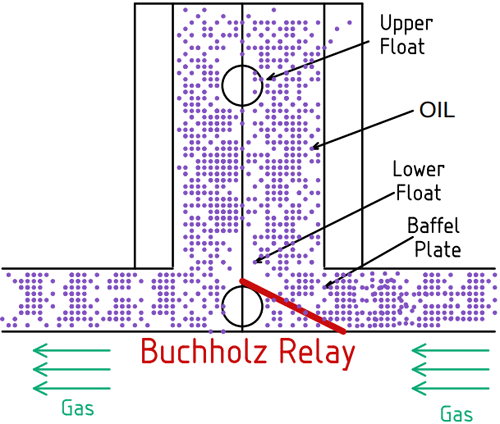 But this is not the only scenario where this relay can be useful, imagine a situation where inside the transformer there is a minor arcking that is happening, these arks are producing a small amount of gas, this gas produces a pressure inside the relay and the upper float gets down displacing the oil inside it, now the relay generates an alarm in this situation, the upper float is down, the lower float is unchanged and the baffle plate is unchanged if this configuration is detected, we can be sure that we have a slow accumulation of gas. The image below shows exactly that, 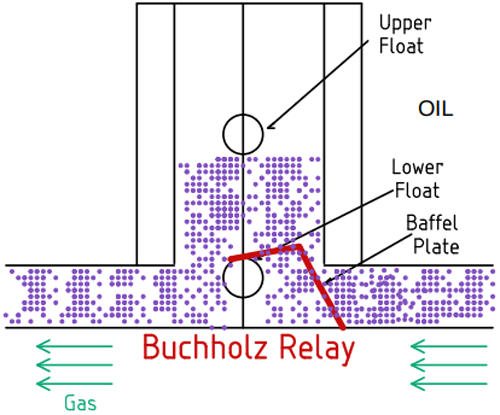 Now we know we have a fault, and we will bleed out some of the gas using the valve above the relay and analyze the gas to find out the exact reason for this gas build-up.

This relay can also detect conditions where the insulating oil level falls due to leaks in the transformer chassis, in that condition, the upper float drops, the lower float drops, and the baffle plate stays in the same position. In this condition, we get a different alarm. The below image shows the working. 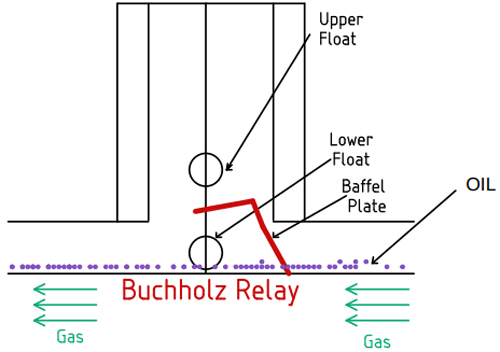 With these three methods, the Buchholz relay detects faults.

A transformer is designed to operate at a fixed flux level exceed that flux level and the core gets saturated, the saturation of the core causes heating in the core that quickly follows through the other parts of the transformer that leads to overheating of components, thus over flux protection becomes necessary, as it protects the transformer core. Over-flux situations can occur because of overvoltage or a reduction in system frequency.

The flux density is directly proportional to the ratio of voltage to frequency(V/f) and the instrument should detect the ration if the value of this ratio becomes greater than unity, this is done by a microcontroller-based relay which measures the voltage and the frequency in real-time, then it calculates the rate and compares it with the pre-calculated values. The relay is programmed for an inverse definite minimum time (IDMT characteristics). But the setting can be done manually if that is a requirement. In this way, the purpose will be served without compromising the over-flux protections. Now, we see how important it is to prevent the tripping of the transformer from over-fluxing.

Hope you enjoyed the article and learned something useful. If you have any questions, leave them in the comment section or use our forums for other technical queries.