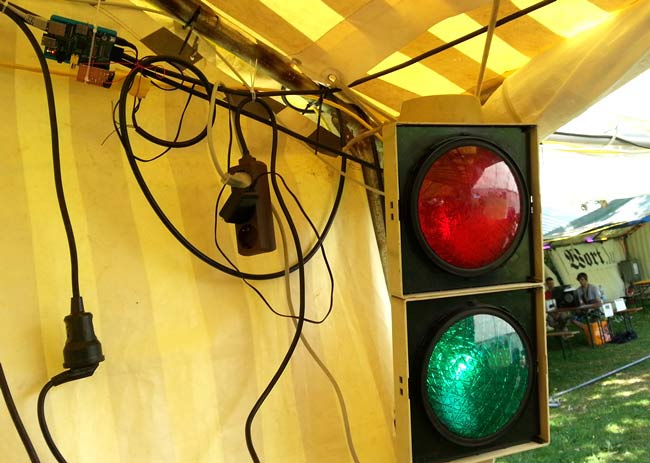 You must have faced the problem of Internet going up and down, and then every time you need to either look at the router for the Internet light or check your laptop for internet connection. And it’s quite annoying to check for internet connection again and again; also you don’t have access to router at offices or public places to check its internet light. So there should be some Global indicator for Internet connection, like some big lights, which tells users whether Internet is working or not. This is the idea we are sharing this time: Netlight, in which two big traffic lights are used where Green light indicates the presence of Internet and Red light indicates that Internet is down.

This idea of Netlight is quite cool and it’s developed by Pietdv in Haxogreen 2012. He also faced the same problem of buggy network there and got annoyed by checking for Internet continuously. Then the team developed this Internet light using Raspberry Pi and two traffic lights. They made a relay board and wrote a shell script to let Raspberry Pi controls the lights. Now they don’t need to continuously check the internet connection as now there were two big lights to tell them for internet availability. If internet is up Green light will be on and if internet is down then Red light will glow. 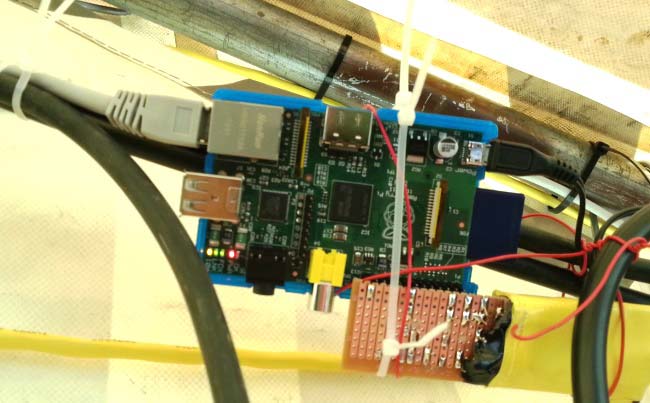 You can check the Python script for Raspberry Pi and circuit of Relay board at its project page. Script is playing very important part here and they updated the script to reduce the package loss and now Lights are blinking instead of remaining on or off.

This is very interesting and useful idea, and can be implemented at public places where Wi-Fi or internet facility is available, so that people can easily know whether internet is up or down. One can easily build it at home as fun project and can put the lights on some wall easily visible, indicating whether you are online or offline.