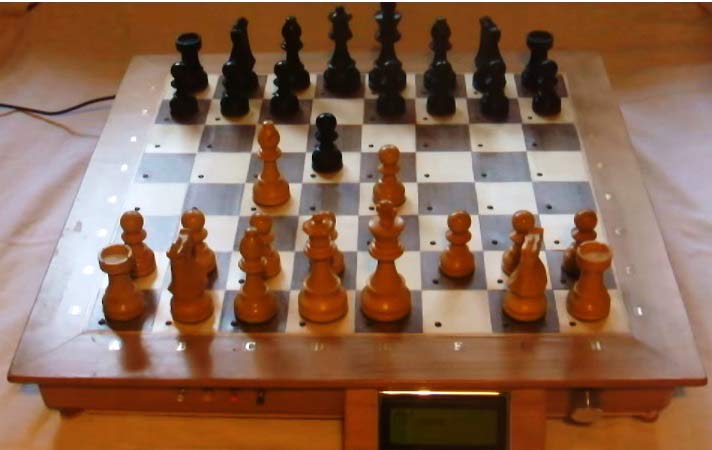 Chess is a great mind strategic game and played between two people. But since the inception of video games and computer, it became very popular in computers where computer plays against human. But in mobile phones and computer, it is played on screen and we can’t have fun like playing on the board. So here is the Board Chess with Computer as your opponent. Max developed this Chess board with Raspberry Pi, where you actually play like you are playing with some human.

In this Raspberry Pi Chess Board, there is a LED and reed switch under each square of the board and all the chess pieces are magnetic. So when computer has its turn, it blinks the LED under the piece which it wants to move and after we pick that particular piece, it blinks the LED under the square where it wants to move that piece. So you can pick and place the pieces on behalf of computer and then play your turn, this process goes on. This board also have ‘I2C 20×4 5v LCD Display’ for some settings like selecting level, opting Black or white side etc. 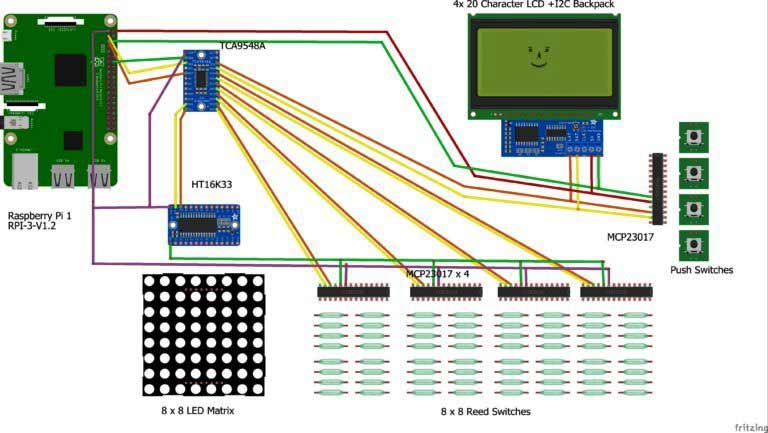 Whole process is controlled by Raspberry Pi, which is running most powerful and open source chess engine “Stockfish”. 64 LEDs and 64 Reed switches have been used under each square of Chess board which are controlled by 4 “MCP23017 I2c Port expander”. These Port expander are connected to Raspberry Pi via a TCA9548A 1-to-8 I2C multiplexer. Max first tried to directly connect the devices with Raspberry using I2C bus, but because of voltage problem he used TCA9548A I2C multiplexer, from which 8 devices are reliably connected to Raspberry Pi using I2C. 16×8 LED Matrix Driver Backpack HT16K33 is used to drive 64 LEDs via I2C bus.

Instructions for installing Stockfish and other related software in Raspberry Pi are given on the project page itself. 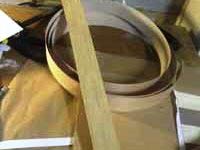 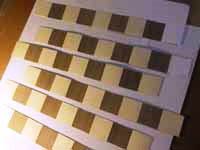 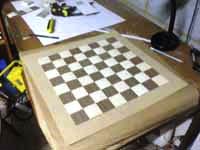 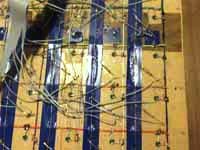 For making the board he used 50mm wide wood venner strip from Ebay in two colors and attached those strips alternatively and then cut them accordingly to build the chess board. Then he drilled 5mm holes in each square for LEDs. Under the board, he wired all the LEDs and Reed Switches with Raspberry Pi and other components. Check the board making process here.

Further Brian has the built the upgraded version on this Chess board, he used Arduino and used Four LEDs in four corner of each square to highlight the square. He also bought a proper wooden tournament board from ebay, which made the chess board looks really cool. 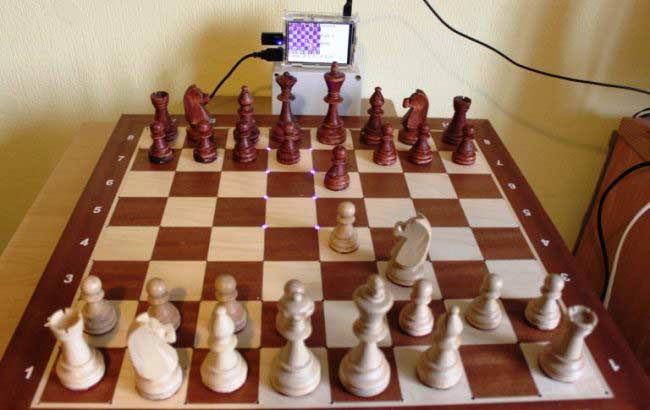 I love chess and remember building a chessboard and chess set 30 years ago in school, i would have loved this then.