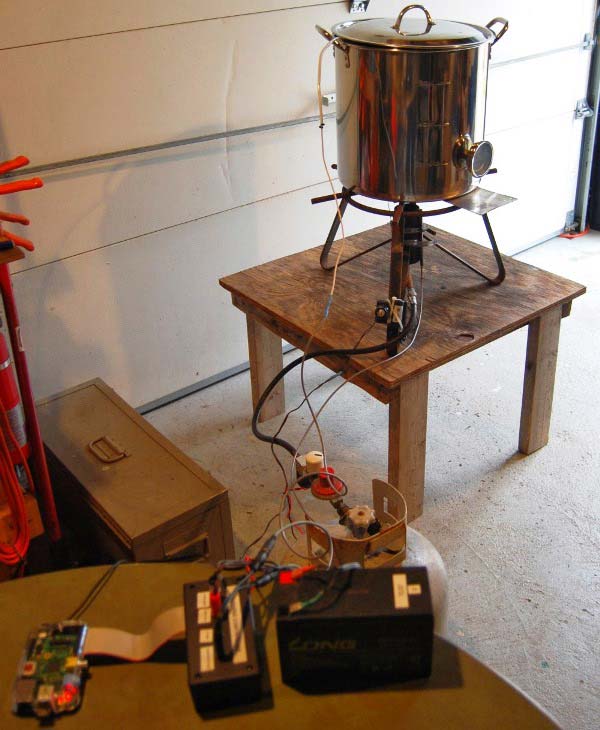 Beer is one of most consumed drinks in the world and the process used to produce the Beer is called Brewing. Brewing is the production of Beer by steeping the Grains (starch source) in water and fermenting it with Malt, Hops and yeast. The process involves boiling the solution and cools it down, before mixing the yeast, while carefully monitor the temperature. Earlier people used to Brewing the Beer at home before its commercial production, and still many people Brew the Beer at home (Home brewing) so that they can get the good and personalize beer according to their taste.

Home brewing is very time consuming process and you need to regularly monitor the temperature of the mixture in the brewing chamber. So here Ted B Hale developed a Raspberry Pi powered Automated Home brewing machine. You can find lot of home brewing machine out there but either they are too fancy or requires special parts to build it, but Ted here kept it simple and clean to build it easily. Basically he had controlled below five things in order to build this Home Brewing machine:

Ted made this brewing process automated using the Raspberry Pi. A Grill ignitor is used to light up the burner, which has been controlled by Raspberry Pi using Relay. Then the Propane Gas tank valve is also opened and closed by Raspberry Pi using 12v Relay. A digital temperature sensor DS18B20 is used to monitor the temperature of wort (mixture of malt, hops and steeped grains) inside the chamber. This temperature sensor is from AdaFruit, used over I2C bus with Raspberry Pi. Finally a Pump is used for cooling down the temperature of mixture by circulating the water through the chamber, and this is also controlled by another 12v Relay with Raspberry Pi. These all Relays and all the connections setup are enclosed in a box called ‘Brewing Controller’. 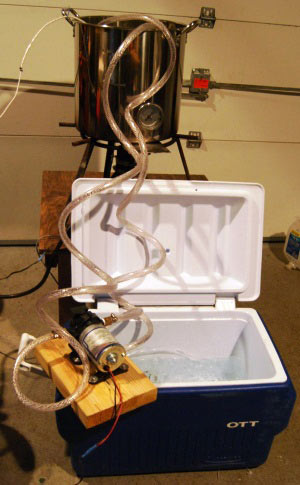 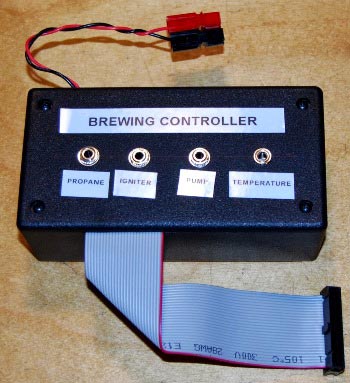 Ted wrote a C program to automate the whole process with Raspberry Pi and C#.net program to provide a nice Interface on Windows PC to control and monitor the Brewing process. 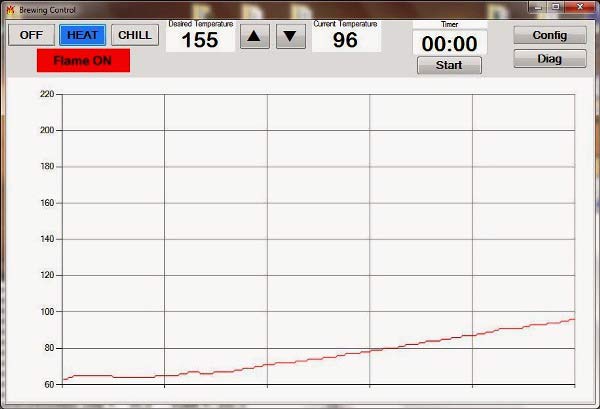 Ted found some problem during the development like temperature sensor melted because of high temperature and electromagnetic interference on I2C due to ignitor, but he managed to resolve them all. Check his complete Project with all these issues and their solutions on the project page itself.

So if you like beer and want to have fun of drinking your own made beer with personalize taste then go ahead and try out this Automated Home Brewing device.

I was wondering what type of valve you had for controlling the propane.