Portable Game consoles are very popular since their beginning. There are many Portable Game consoles are available in market like Sony PlayStation, Nintendo 3DS, Nvidia Shield etc. They range from few dollars to thousands of dollars. You may have ‘hands on’ on any Game console some time. Have you ever thought of making a Game Console at home? Yes, you can build it right away, if you have little knowledge about Electronics and Computers.

Here, in this Instructable by PiJuice, they have built a DIY Portable Game Console, and it takes quite less efforts compare to its usability. 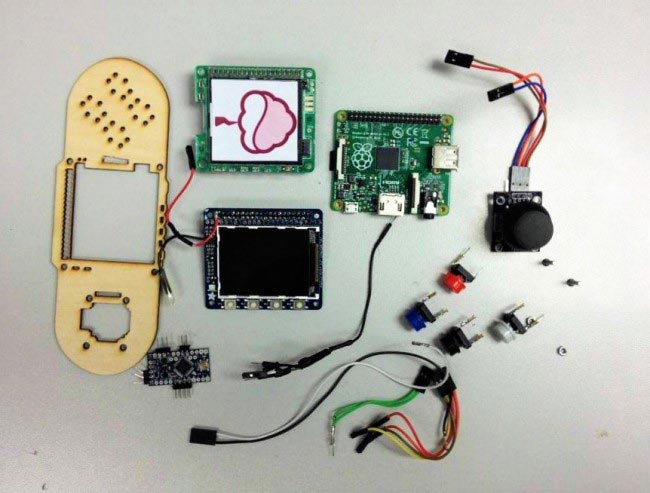 It primarily uses Raspberry Pi as a Engine of this gaming console, which is Powered by newly arrived PiJuice. PiJuice is basically a Battery Module, specially designed for PI, so no need to mess with Power adapters and wires. It can be mounted on Raspberry Pi and plugged into GPIO Pins, like ‘Shield’ modules. 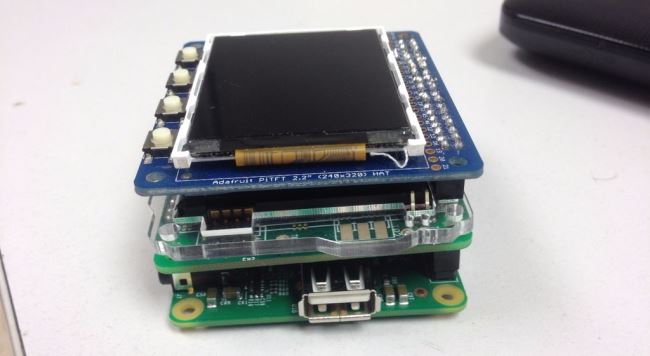 PiJuice is mounted on Raspberry Pi. PiJuice has a breakout so GPIO pins are available still after the mounting. Then a 2.2 inch TFT screen is further mounted over PiJuice, making a ‘Sandwich’. Joystick and four tactile Switches are used as control buttons. Joystick gives analogue output but Raspberry Pi doesn’t have analogue pins, so a Arduino Pro Mini is used to convert analogue signals from Joystick into a digital output.

So this digital output and four tactical buttons are connected to Raspberry Pi’s GPIO pins, through Right angle header Pins to make it compact and nice looking.

Finally we need ‘Retrogame’ code from AdaFruit, to transfer the control form Keyboard to Joystick and four tactile buttons. This Retrogame.c file can be modified according to our needs.

Now just test before assembling and assemble all the things according to that tutorial and you are done, you have your own HiFi Portable Gaming Console!