Will E-scooter Fire Incidents Decide Fate and Growth of EVs in India? 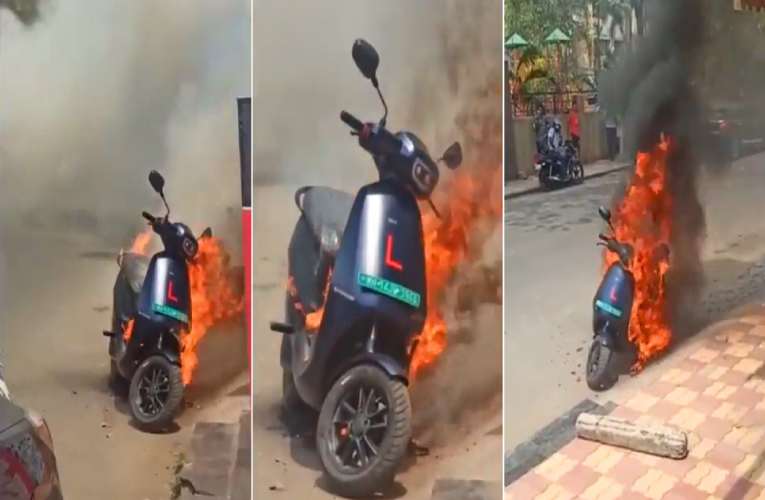 In the past couple of days, a range of new scooters powered by batteries have been reported to have caught on fire throughout the country, including a latest model manufactured by Ola Electric. These fire incidents have now started questioning safety concerns, which is now throwing a tough impact on a sector that is growing slowly and in the nascent stage. In fact, this incident was said to have claimed two lives and the Indian government is still optimistic about the segment’s massive growth in the coming years.

Sadly, the fire incidents started appearing when the government was looking forward to electric motorcycles and scooters to contribute 80 percent of total sales in the nation by the end of 2030, which at the moment is now only two percent. According to various experts, these fire mishaps could seriously affect the growth and reputation of EVs in the country and hence, the manufacturers and the government must carry out an urgent discussion soon.

According to a report of HT Auto, sales of electric scooters driven by the low speed models have more than doubled this year. However, the fire incidents are causing some prospective buyers to think twice before making their purchase decision. In an interaction with the media, Randheer Singh, director for electric mobility at government think-tank Niti Aayog, said "This is a sunrise sector and anything negative is bound to have a detrimental impact. How the situation is tackled will determine how consumer faith and confidence is maintained."

Among all the fire incidents, the severe one is the OKinawa e-scooter accident that claimed the lives of a man and his daughter when their e-scooter was caught on fire. According to the cops statements, the cause of the fire was an electrical short circuit while charging the scooter. A thorough investigation has been unveiled by the government that will help take proper action and decision. The Prime Minister in the parliament also assured to take lawful action against the manufacturers once the investigations are completed.