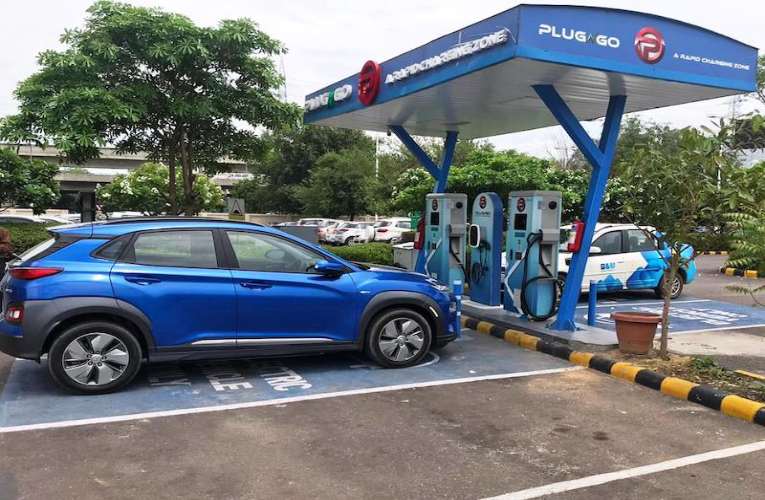 Experts feel that even if the strategy is healthy for the climate, it’s not good for the trade partners

When the international electric vehicle sales are taken into consideration, the US still falls behind than many other countries because unlike Europe and in China, the US is deprived of a smoother investments and regulatory approach. In this situation, Volkswagen AG-owned rival Audi told Bllomerg “Don’t hate, imitate.” The Joe Biden government’s recently unleashed tax exemption of upto $7,500 on EVs assembled in North America are viewed as a cutthroat competition by South Korea and the EU. In fact, the $369 billion Inflation Reduction Act is also promoted as green investment by the US government.

The Bloomberg report also highlighted that Sweden’s top-notch battery manufacturers NorthVolt AB are also moving to the US keeping in mind the energy costs because the natural gas prices trade in Europe spiked eight times more than in the US. As per Lionel Laurent's exclusive report in Bloomberg this is not a textbook trade war: We’re a long way from the Trump-era threat of tariffs on European cars, and the Ukraine conflagration has pushed NATO allies closer. But we’re also a long way from a new era of multilateralism under Biden.

In an effort to keep China under pressure, the US unleashed the subsidy scheme, which will also help in opening up new factories in the country via incentives. Experts feel that even if the strategy is healthy for the climate, it’s not good for the trade partners. As per the US manufacturers, “Buy American” goods coupled with subsidies will be a price reduction of 30 percent. “The risk for Europe is the kind of deindustrialization we haven’t seen for years,” says Antoine Huard, co-founder of French power-plant developer Verso Energy.

The Bloomberg exclusive report also added that the EU has launched a 750 billion-euro ($812 billion) fund to heal its pandemic-scarred economy, and not all of it is spent yet. It’s eyeing 43 billion euros in public and private investments for semiconductors. Would another industrial boondoggle be so bad? European Commission industry chief Thierry Breton, the face of French-style dirigisme in Brussels, is whipping up support for a “Clean Tech Act” to support industry.

Bruegel research fellow Niclas Poitiers told Bloomberg there are a lot of risks involved of which trade tensions are the most important. The current plans of the EU to smoothen restrictions on state in retaliation to the US will spearhead a lot of international trade scuffle over unfair competition between large countries like Germany and countries with financial strengths. As per a report of the Counterpoint research, The US electric vehicle (EV) sales grew by almost 52 percent YoY during Q3 2022 despite macroeconomic headwinds, according to Counterpoint Global Passenger Vehicle Model Sales Tracker. Battery EVs (BEVs) constituted over 80% of the total US EV sales. BEV sales grew by more than 78% YoY during Q3. Tesla’s Q3 sales eclipsed the next 15 brands combined.