What Actually Led to the Outage in Amazon’s Cloud Network? 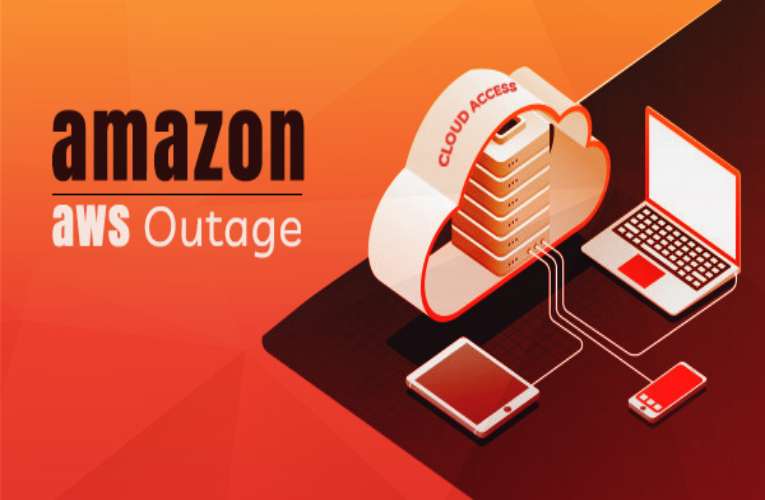 Several hours back, a massive dim-out on Amazon’s cloud service network badly deranged important services in several companies in the US that uplifted questions regarding vulnerability of web services and how major tech firms are handling it with concentration. Doorbell cameras, robotic vacuum cleaners, movies on international OTT platforms were disrupted for many hours, and most importantly, news production in the Associated Press was even interrupted. According to news reports, around 33 percent of international cloud infrastructure is spearheaded by Amazon, which is followed by Google 10 percent, and Microsoft 20 percent.

Hence, the questions crop up about how the disruption happened. When the media approached, Amazon did not make any official statement. Rather than providing a detailed explanation on the Amazon web service dashboard, spokesperson Richard Rocha mentioned that the outage also impacted the internal warehouse of the company and also delayed delivery operations. But it added further that Amazon is working to counter the impediment soon. Unfortunately, rivals such as Oracle’s Larry Ellison recently made an announcement publicly to CNBC, “Let me close with a note that I’m going to paraphrase from a very large telecommunications company who uses our cloud and all the other three North American clouds — Google, Amazon and Microsoft,” Ellison said. “And the note basically said the one thing we’ve noticed about Oracle, Oracle’s cloud, is that it never ever goes down. We can’t say that about any of the other clouds. We think this is a critical differentiator.”

According to the American technology experts this outage mostly affected the eastern parts of the country, but at the same time, it severely impacted auto dealerships and airline reservations to payment apps, and most importantly, the company’s own e-commerce delivery operations. A year back, several cybersecurity experts have already warned the governments of many countries the allowing a few global tech companies to control the internet is not a good idea and there could be severe consequences.

Sean O'Brien, a visiting lecturer in cybersecurity at Yale Law School told media, "The latest AWS outage is a prime example of the danger of centralised network infrastructure. Though most people browsing the internet or using an app don’t know it, Amazon is baked into most of the apps and websites they use each day." He also stated that it is imperative to craft an innovative network model that can look for peer-to-peer roots of the early internet. Earlier, there was another outage in Facebook and hence, the government needs to take care of this problem soon before it gets too late.

Naveen Chhabra, a senior analyst with research firm Forrester stated that building an intricate online service that can be shifted easily from one service to another in case of an urgency is not that easy. AWS is actually not a singular cloud, but instead it is an amalgamation of scores of various services from storage and computing power to cutting-edge services such as AI training and high-speed databases. Other than that Amazon makes it extremely inexpensive for business to send data into its cloud, but then it suddenly becomes very expensive for egress fees to receive the data from that cloud. Also, there are complex dependencies on AWS on its internal services and hence one service fails when another fails. This is because all are integrated to each other. The intricate services of AWS are crafted on top of its own basic services.