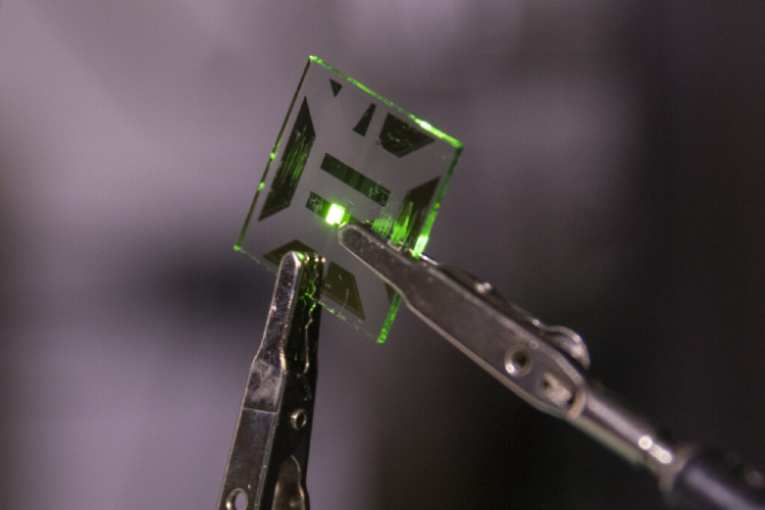 Engineers at the University of Michigan have developed a new ultra-thin silver film-based Nanotech OLED electrode that could free up 20% more light from the organic light-emitting diodes besides lowering down the display power consumption. This new electrode with a five-nanometer-thick layer of silver and copper outperforms conventional indium tin oxide without adding cost.

This ultrathin silver film-based Nanotech OLED electrode tackles light trapping in organic light-emitting diodes by complete elimination of waveguide modes. With the simple design, it can be easily fit into existing processes for making OLED displays and light fixtures. Besides extending the battery life of smartphones and laptops, it can make the next-generation televisions and displays far more energy-efficient than the existing solutions. Using this approach, the light doesn’t get trapped in the light-emitting part of the OLED which otherwise gets trapped inside the device due to the effect called waveguiding and ends up getting lost inside the OLED. This enables OLEDs to maintain brightness while using less power.

L.Jay Guo, U-M professor of electrical and computer engineering and corresponding author of the study said that they carried out the research to address the root cause of the problem of the strong waveguiding layer in the OLED which results in 80% of the light produced by an OLED being trapped inside the device.  The team swapped out the ITO for a layer of silver, which is five nanometers thick from being deposited on a seed layer of copper maintaining the electrode function while working on resolving the waveguiding problem in the OLED layers altogether.

For stopping the light trapping by the glass, the team also did the experimental set-up using a liquid that had the same index of refraction as glass, a so-called index-matching fluid, oil in this case. The "index-matching" prevents the reflection that happens at the boundary between high-index glass and low-index air. On looking at their experimental setup from the side, the team observed that the edge of the light-emitting layer was almost completely dark and the light coming through the glass was about 20% brighter.

The device was built in the Lurie Nanofabrication Facility and the finding is described in the journal Science Advances, in a paper titled, "Tackling light trapping in organic light-emitting diodes by complete elimination of waveguide modes."