South Korean teams led by Jang-Ung Park at Yonsei University in Seoul and Sang-Young Lee at the Ulsan Institute of Science and Technology in Ulsan have come up with smart wirelessly charging contact lenses. The soft and wirelessly recharging smart contact lens can be used to track the wearer’s health without compromising on comfort. The contact lens could continuously monitor fluid in the eye for biomarkers linked to diseases such as diabetes and glaucoma.

Supercapacitors tend to have lower voltage limits than the rechargeable batteries but they can charge/discharge speedily when compared to lithium-ion batteries. They have a longer lifespan and are ideal for small, continuously running wireless devices like a smart lens. Emitting heat and bulkiness are the drawbacks of supercapacitors. To overcome this problem, scientists have developed a printable supercapacitor that can be integrated into a contact lens alongside the antenna and a red LED. The supercapacitor can charge wirelessly even when the person is wearing the lens. 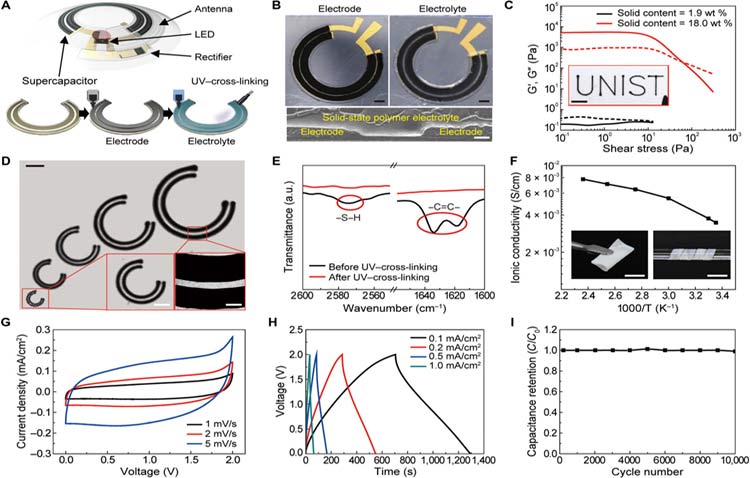 The supercapacitor is made of carbon electrodes and a solid-state polymer electrolyte. These are dispersed in a solvent and printed as separate layers onto the lens using a process called microscale direct ink writing. The high-precision technique enables the supercapacitor to be printed outside of the area that covers the pupil. This assures that the wearer’s vision is not obscured at all. A flexible wireless power transfer unit comprises of an ultrathin rectifier circuit and an antenna made from silver nano-fibers and silver nanowires. This enables the lens to be recharged at a distance of around 1cm from a transmitting coil.

The assembly was tested on a mannequin, before being trialed on live rabbits and thereafter on human beings. No damage was detected to wearer’s eye, during the 10-minute human trial.  The demo lens didn’t carry any of the sensors or monitors that functional smart contacts are expected to carry in the future. The LED, illustrated by the Terminator-esque red light in the pupil of the person demonstrated that the printed supercapacitor and the wireless charging system worked well. More information can be found in this research article published on Science Advances. 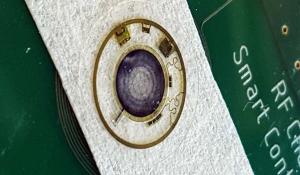