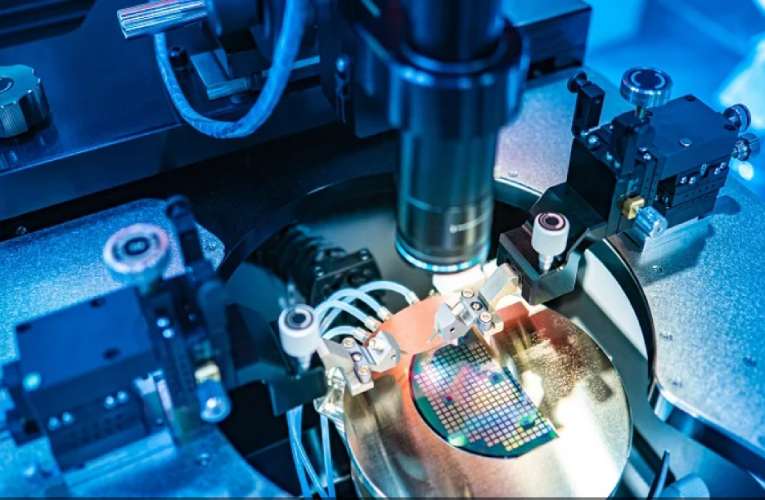 There will be an investment of Rs 25,600 Crores for a total period of five years and would craft 1500 employment

IGSS Venture, the Singapore based technology investment holding firm has finally selected the state of Tamil Nadu to begin its semiconductor fabrication cluster. The firm is one of the three applicants under the government’s recently unleashed semiconductor PLI incentive scheme of $10 billion. Back on friday, the state government added that an MoU was signed between the state’s Guidance Bureau and IGSS Ventures Pvt Ltd for commencement of a sophisticated cutting-edge semiconductor park in the state.

Around nine strategic sites have been allotted by the guidance department of the state that comprises two sites near Chennai to begin a semiconductor fab unit. It further added that the fab would be manufacturing wafers ranging from 28 nanometre (nm), 45 nm and 65 nm. Apart from that the fab will have an industry ecosystem infrastructure that will be equipped with outsourced semiconductor assembly and test (OSATs) players, material suppliers, semiconductor circuit designers, and equipment suppliers.

In an interaction with the media, Pooja Kulkarni, managing director and chief executive, guidance department said, “The state government accords the highest priority to the development of semiconductor manufacturing in the State. The State is traditionally strong in the automobile and auto components sector and emerging in electronics which have backward linkages with fab, which makes the State an ideal location for a fab unit in India.”

According to the experts there will be an investment of Rs 25,600 Crores for a total period of five years and would craft 1500 employment. IGSS is an association of various firms coupled with unique potentials to begin a state-of-the-art semiconductor foundry. This consortium will commence a semiconductor fab, known as Project Suria and it is an applicant under the India Semiconductor Mission (ISM).

Founder and group CEO Raj Kumar told media, "The consortium believes that a differentiation strategy which offers both mainstream and emerging niche technologies with Tier 1 foundry capabilities and cost competitiveness will enable India to become a global leader in selective semiconductor technologies besides offering mainstream solutions in the technology nodes.”