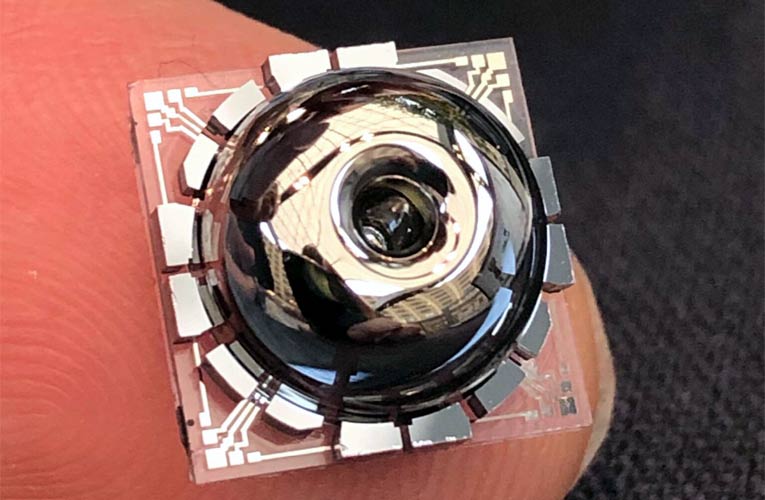 Researchers at the University of Michigan have developed a tiny, low-cost, and highly precise gyroscope to aid self-driving cars and drones to remain on track even in the absence of a GPS signal. The research was supported by the Defense Advanced Research Projects Agency.

Named the Birdbath Resonating Gyro (BRG), the ultra-high-precision MEMS gyroscope is perfectly symmetrical and is made of nearly-pure glass. This will enable the device to vibrate for long periods, similar to the ringing of a wine glass. Researchers are claiming that the newly developed gyroscope is 10,000 times more accurate and is just 10 times more expensive than gyroscopes used in your typical cell phones today. Besides, this gyroscope is 1,000 times less expensive than much larger gyroscopes with similar performance.

The lately developed gyroscope will enable the use of high-precision and low-cost inertial navigation in most autonomous vehicles. To make the resonators as perfect as possible, the team took a nearly perfect sheet of pure glass, known as fused-silica, about a quarter of a millimeter thick and a blowtorch was used to heat the glass and then it was molded into a Bundt-like shape, known as a "birdbath" resonator as it resembles an upside-down birdbath. A metallic coating to the shell was then added and electrodes around it were placed to initiate and measure vibrations in the glass. The whole thing is encased in a vacuum package, about the footprint of a postage stamp and half a centimeter tall to prevent air from quickly damping out the vibrations.

The gyroscope is a nearly symmetrical mechanical resonator and resembles a Bundt pan crossed with a wine glass which is one centimeter wide. The resonator is almost perfectly symmetrical made of nearly-pure glass. The vibrating motion through the glass reveals, when how fast and by how much the gyroscope spins in space.