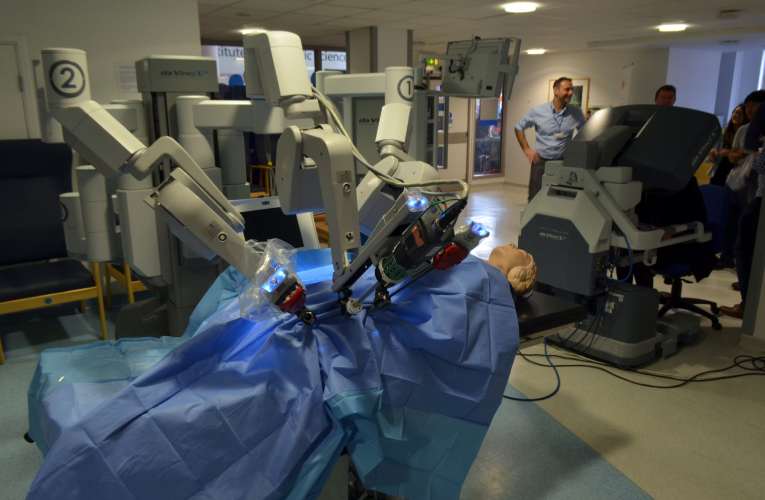 The UK based consulting and data analytics firm GlobalData has now stated in its latest survey report that throughout the Asia-Pacific region, there is an augmenting development of medical robotics and this strategy in the coming five years will boost a massive innovation. The data firm also highlighted that India, China, and South Korea will spearhead this ongoing trend.

The survey report dubbed ‘Robotics in Healthcare’ stated that when it comes to filing patents in robotics healthcare, APAC is leading the market when compared to other developed countries. Between January 2016 to December 2022, over 2,800 patents were filed by China and the country is now leading the world in this aspect. Speaking about globally, 9000 applications were filed during the same time frame with South Korea filing 370 patents, Japan 560, and 2600 patents filed by the US. The point is APAC’s huge growth in population and increasing urbanization is likely to escalate the volume of patients who need surgical treatments.

Experts added that as the number of surgical patients are increasing over the years, the investment in surgical robots will be carried out at a large scale by the medical solution providers. The survey report further highlighted that although China is leading the investment in this sector most of the micro-robotic patents are granted to South Korea compared to all the APAC regions. The Chonnam National University’s affiliated Robot Research Institute in South Korea has been legally turned out to be the top assignee.

Jemima Walker, Thematic Intelligence Analyst at GlobalData told media, "The APAC region is the third largest market for surgical robotics behind North America and Europe. Increasing healthcare expenditure markets such as India and China are driving the demand for robotic surgical procedures, as are other government policies. However, high device prices and lack of healthcare facilities continue to hinder market growth, particularly in developing countries in the region."

A couple of month’s back, an exclusive report of the ET stated that medical robotics is growing at a rate of 15 percent every year and in the coming few years, it will grow at the same rate. India on the other hand has also turned out to be the biggest market in the APAC region in surgical robotics business. Walker added, "The cost of current surgical robotic systems is out of reach for most developing economies. However, there are efforts across APAC to supply affordable surgical robots, such as India’s SS Innovations, which aims to provide a locally produced alternative to importing expensive surgical robots."