If Chip Production Increases, Demand for Consumer Electronics will be a Boon soon; claims Experts 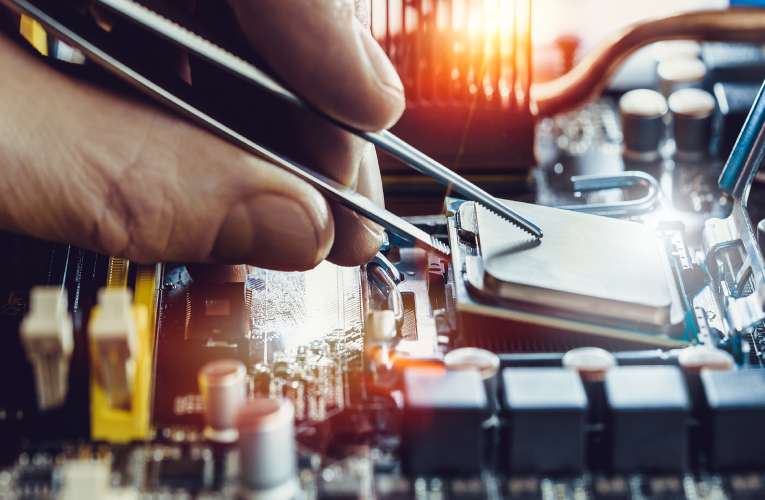 The growth stocks like Nvidia, AMD or Intel can be impacted by an bellicose rise in interest rates

For almost two years, the electronics manufacturing and semiconductor firms have been going through a difficult time in increasing their production. The companies lost a massive share among the consumer global market, but this time these firms' share slumped in the stock market as well. There was a massive hullabaloo in the stock market as the past five sessions on Wall Street were extremely tough for both the industries. For instance, four of the biggest chipset manufacturers in the US namely, NVIDIA, Intel, AMD, and MU suffered a staggering loss of $110 billion in market value (share value multiplied by its total outstanding shares) within just seven days.

According to reports, NVIDIA suffered the biggest loss, which is well-known for providing top-notch graphic chips for gaming and artificial intelligence. Back on April 8, the company’s market capital was reduced from $665.1 billion on April 1 to $576.1 billion. Clearly, it can be witnessed that the firm observed $89 billion in market value faded in just seven days. During the course of this time, the stock lost 13.45 percent to end on April 8 at $231.19. This massive loss is also included for AMD whose market value fell by just over $10 billion in one week. The company's stock fell 7.3% over the period to end the April 8 session at $101, as per a report by The Street.

Although Micron and Intel are also observing negative impacts, the volume of the impact is very less. The market value of Intel faded by around $4 billion in one week. The shares slipped 2.3 percent over this period to $47.02. The point to be noted is why the semiconductor firms are getting defeated in every aspect. This is simply because if customers decrease their spending for quite a time, it could offer a big blow on the semiconductor industry. As the anxiety of recession escalates, the market is the only thing that is bound to become evaporative. Now, as there is a very little recovery in chip production, the demand for consumer electronic goods and household appliances will be reduced because the items need chips. To wipe out inflation, the augmenting interest rate could provide a tough punch to the growth of the sectors.