How Tesla Managed to Increase Sales despite the Semiconductor Chip Shortage 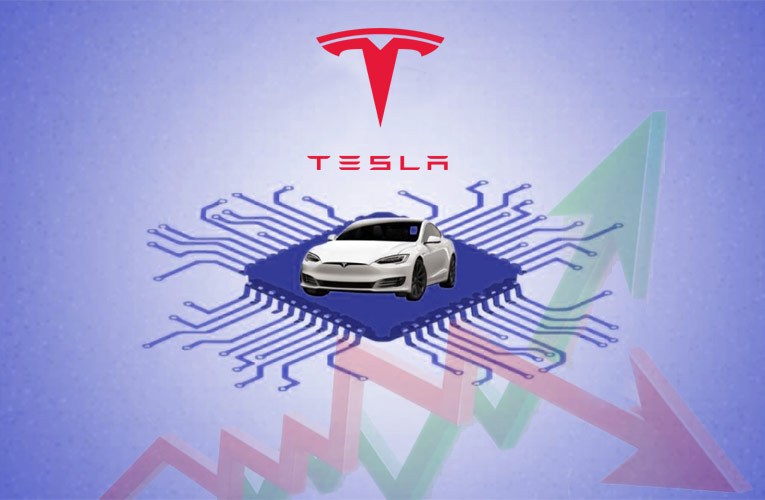 The shortage of chipset or semiconductor crisis effected the global automotive industry in a crucial way, and while many companies were struggling to get their hands on this product, Tesla was the only company that seemed to be unconcerned. The company delivered about 936,000 cars in 2021, which is nearly 100% more cars compared to 2020, and this number beat all estimates and the stock jumped by 14%. According to analyst estimates, the company will produce around 80% more vehicles in 2021 than it did in 2020, putting it on track for its biggest annual production growth since 2018.

The company was very certain that demand for Tesla automobiles would continue to be strong, which is one of the reasons why, despite the pandemic, Tesla didn't urge chipmakers to halt production. Tesla has better supply-chain insights in several areas since they preferred to make vehicle components in-house. Moreover, even when they have to source chips from elsewhere, they source them directly from manufacturers. There are no third parties involved which results in having forged close relationships with semiconductor companies. Tesla has long been considered a technology firm. According to a Bain & Co. analysis, in the popular Tesla Model 3 sedan, a single group of semiconductors control things like voice and gesture recognition while if you look in other cars, these features are operated using separate chips.

Tesla has been able to keep production lines functioning in part by relying on in-house software engineering expertise which has allowed it to adjust to a global shortage of semiconductors better than many rival automakers. For example, the company was able to swiftly update the software required to integrate alternate chips into its vehicles when faced with shortages earlier this year. This however was not an option for many other Automakers, since most of them were outsourcing their software from different companies and coordinating between them to tweak the software for an alternate chip was not a quick solution.

Although, the company hasn’t been immune to supply-chain problems completely, as a result of which it has briefly shut down its Fremont, Calif., plant and also delayed the production of its electric pickup truck and semitrailer truck. Both of these projects which were supposed to start production this year will now start in 2022 and 2023, respectively.