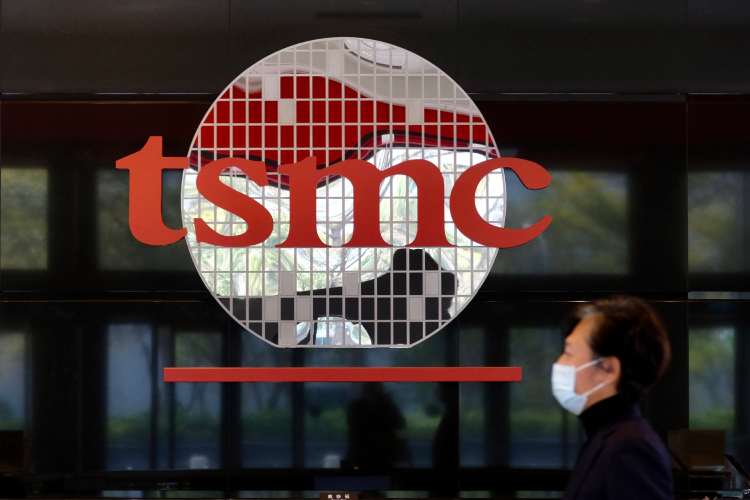 Before announcing its final plan to build a plant in Europe, TSMC is carefully examining the government’s assistance in the region and the demand growth

Mentioning a weak demand of semiconductors globally, the world’s largest semiconductor foundry Taiwan Semiconductor Manufacturing Company (TSMC) has stated that they are now expecting a slump in revenue around 5 percent in the quarter one of 2023. According to the company, the international financial crisis is largely impacting the growth of the semiconductor industry, which has worried investors all over the world. A latest report of Wall Street Journal mentioned that the company is speculated to grab a revenue between $16.7 billion and $17.5 billion in this Q1.

In the Q1 2022, the revenue earned by the company was around $17.57 billion. Experts have highlighted that since 2019, this will be the first major profit drop by TSMC. The COVID-19 pandemic that has augmented demand has kept the chip industry ongoing. This year, the company has a CAPEX of more than $32 billion and it has decided to focus on manufacturing top-notch semiconductors for its biggest clients such as Apple and Qualcomm. Nonetheless, the weak demand poses a serious threat to the industry and keeps away customers from purchasing. The situation is expected to last for quite a while because of the huge inflation situation persisting in the West.

As per an exclusive report of the Reuters, CEO Wei said TSMC was considering building a second fab in Japan, and in Europe it was also evaluating the possibility of building a specialty fab focused on the auto industry without providing further details. For October-December, TSMC booked record net profit of T$295.9 billion ($9.72 billion) from T$166.2 billion a year earlier. That compared with the T$289.44 billion average of 21 analyst estimates compiled by Refinitiv. Revenue climbed 26.7% to $19.93 billion, versus TSMC's prior estimated range of $19.9 billion to $20.7 billion. TSMC's share price fell 27.1% in 2022, but is up 8.5% so far this year giving the firm a market value of $412.78 billion. The stock rose 0.4% on Thursday versus a 0.1% fall for the benchmark index (.TWII).

For the past few years, TSMC has been on the verge of expanding its units globally. In Arizona, a TSMC new plant was formed in December 2022 benefiting tax exemptions from the newly unleashed CHIPS Act. Around $40 billion investment has been proclaimed by the company in the new Arizona plant, where 3-nanometer chips will be manufactured. But, the international downturn could hit TSMC's second plant in Japan and in Europe, experts. In fact, the company’s aim of building another plant in Germany was also impacted because of the war in Ukraine. Therefore, before announcing its final plan to build a plant in Europe, TSMC is carefully examining the government’s assistance in the region and the demand growth.

In a media interaction, Chief Financial Officer Wendell Huang said, "The fourth quarter was dampened by end-market demand softness and customers' inventory adjustment. Given the near-term uncertainties, we continue to manage our business prudently and tighten up our capital spending where appropriate. Our disciplined capex and capacity planning remain based on the long-term market demand profile."