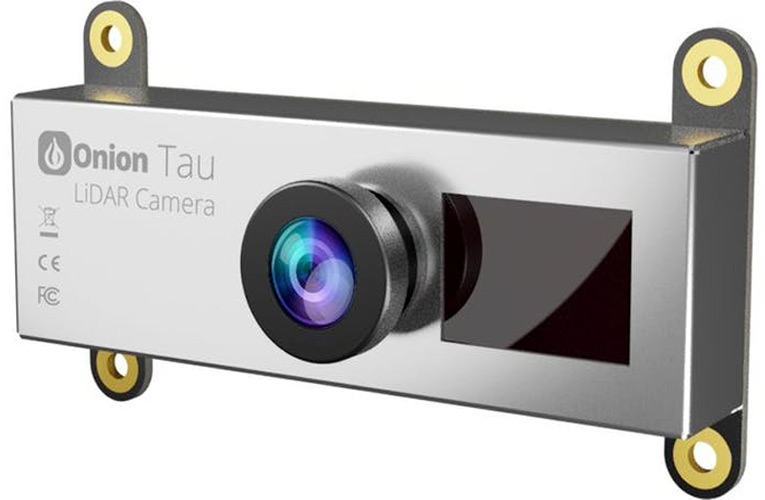 Boston-based Company, Onion Corporation has come up with a new easy-to-use LiDAR depth-sensing camera, Onion Tau that aims to be the new entry point to 3D mapping applications. This new LiDAR Time of Flight (ToF) camera can be used in various applications like augmented reality and computer vision for robotics, automation, self-driving cars, and object and people detection. When combined with an IMU sensor, the device also supports environmental mapping applications such as SLAM.

The Onion Tau camera offers a plug-and-play operation. It connects to any computer via its USB Type-C port and offers 4x M3 mounting holes. The device plugs like a USB webcam to a host computer or board, but instead of transferring standard images, it produces 3D depth data that can detect thin objects, track moving objects, and can be integrated into other applications leveraging environment mapping.

As put in by the company, "The Tau is an affordable next step beyond single-point depth or one-dimensional scanner solutions and serves as a great starting point for 3D depth sensing. In fact, Tau strikes a great balance between affordability and functionality when compared to other offerings in the 3D depth mapping."

The data from the Onion Tau camera can be accessed through the Tau Studio Web App or an OpenCV compatible Python API both of which are open-source with the code released on Github. The Onion Tau LiDAR Camera is available on Crowd Supply for $179 with shipment to start from May 23, 2021.